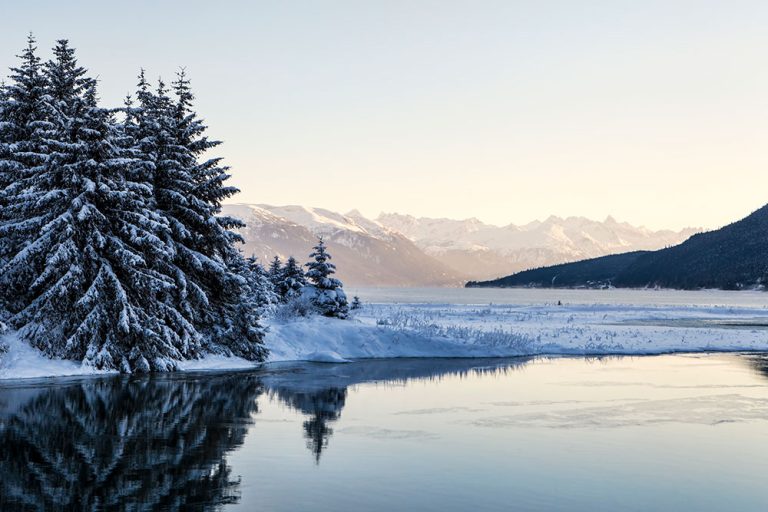 Since the Gold Rush, prospectors have long sought out the Alaskan wilderness to make their mark among the rich landscape.

Even today, residents are still arriving in America’s last great frontier to find some remarkable deals in a majestic atmosphere not afforded in the lower 48 states.

Using specific data points, Livability.com has nailed down four affordable cities in Alaska where residents get the most for their bucks in housing, transportation, groceries, health and utilities while enjoying a high quality of life.

Only accessible by boat or plane, Alaska’s capital city is also the most affordable place to live in the entire state.

A lot of Juneau’s economy comes from the state and federal jobs sector. But Juneau also takes advantage of its port city location on the Panhandle to bring in more money through fishing and tourism as a popular cruise ship docking site.

The median home price is a little steep at $318,00 but resident’s paychecks are also bigger as the median household income is $84,750.

One reason Juneau is in the top spot is that residents have amazing opportunities to stay active and healthy whether kayaking and sports fishing on the inlets, lakes and open sea or climbing nearby mountains and glaciers. Whale watching is popular here as well.

The Goldbelt Mountain Roberts Tramway takes visitors to the top of the mountain for an amazing panoramic view.

In the spring and summer months, flowers abound all over Juneau. Officially, the woods around here are known as a temperate rainforest.

The less adventurous can also pick up Native American artwork in Juneau’s downtown galleries, drink local craft brews in the pubs or take in a show at the Perseverance Theater, the state’s largest professional theater.

More than 40 percent of Alaska’s entire population lives in Anchorage. And there is a reason why people choose to live in this thriving metropolis of commerce, transportation and tourism.

Because of its size, the economy is very strong here. Anchorage attracts a great deal of businesses and corporate offices including resource extraction companies. The Ted Stevens Anchorage International Airport is considered one of the busiest in the world and the Port of Anchorage receives a big majority of goods headed into the state.

The median home price for Anchorage residents is $286,600 while median household income comes in at a healthy $78,121.

Due to all this activity, residents enjoy plenty of access to culture in performing arts and music, unique dining experiences ranging from fresh seafood to the local favorite “reindeer dogs” and outdoor recreation including salmon fishing, hiking and golf.

Even the brutal winter months don’t keep residents inside for long. Alaska’s biggest festival, the Fur Rendezvous – also known as the Fur Rondy – celebrates the cold with the Frostbite Foot Race, sled dog mushing and the Running of the Reindeer.

Glaciers, vintage autos, train excursions are among the highlights

Named the Golden Heart City, Fairbanks proper is contained within what’s known as the North Star Borough, similar to counties in other states. But at 7,444 square miles of land, think of it as a very large county.

Fairbanks is also the last big city stopping off point on a trip to Denali National Park and the highest mountain peak in North America, a little over 100 miles away. Because of its centralized location, the spot is considered the gateway city to Alaska’s rugged interior and Arctic Circle areas.

People who live in Fairbanks get the amenities of urban life but still retain some of the pioneer sprit. As for housing, the median home price is $238,400 while residents have a median household income of $72,168.

Educational opportunities abound at the University of Alaska Fairbanks, which bills itself as “the nation’s north-most Land, Sea and Space Grant university and international research center” and is the state’s oldest university.

Fairbanks also has some hip new restaurants to grab a bite to eat.

For those not in the know, a CDP stands for a “census-designated place,” so Badger isn’t a traditional incorporated town or city but a population defined spot on the map. Think of Badger more as a nice neighborhood in Fairbanks’ North Star Borough.

Within Badger, there are other neighborhoods such as Clear Creek Park and Dennis Manor. The area also has a well-regarded public school system.

Ladd Army Airfield at Fort Wainwright, which was originally used for cold-weather testing of aircraft, is between Badger and “the home rule city” of Fairbanks.