Skip to content
Home > AL > Athens > Love Where You Live > Southern Success: Delivering smiles to the people of Athens, AL

Southern Success: Delivering smiles to the people of Athens, AL

Officer Michael Stainbrook gives back to his community

While still in high school, Officer Michael Stainbrook took an aptitude test that showed him well-suited to become a kindergarten teacher, fireman or police officer.

With a love of children, he set off to college to become a teacher. Working his way through school at an area restaurant, Stainbrook waited on Athens Chief of Police Floyd Johnson during lunch one day.

“Chief Johnson saw I was a hard worker, and he gave me his card,â€ recalls Stainbrook, adding the chief told him to reach out if he was interested in learning more about police work. “Something just told me to try it out. I started to think about that test I took in high school.”

Stainbrook rode along with other officers for several months before entering the police academy. “Once I graduated, I became a full police officer,â€ he explains. “I enjoy the job. It’s about a lot more than arrests and writing tickets. It’s about the community.” 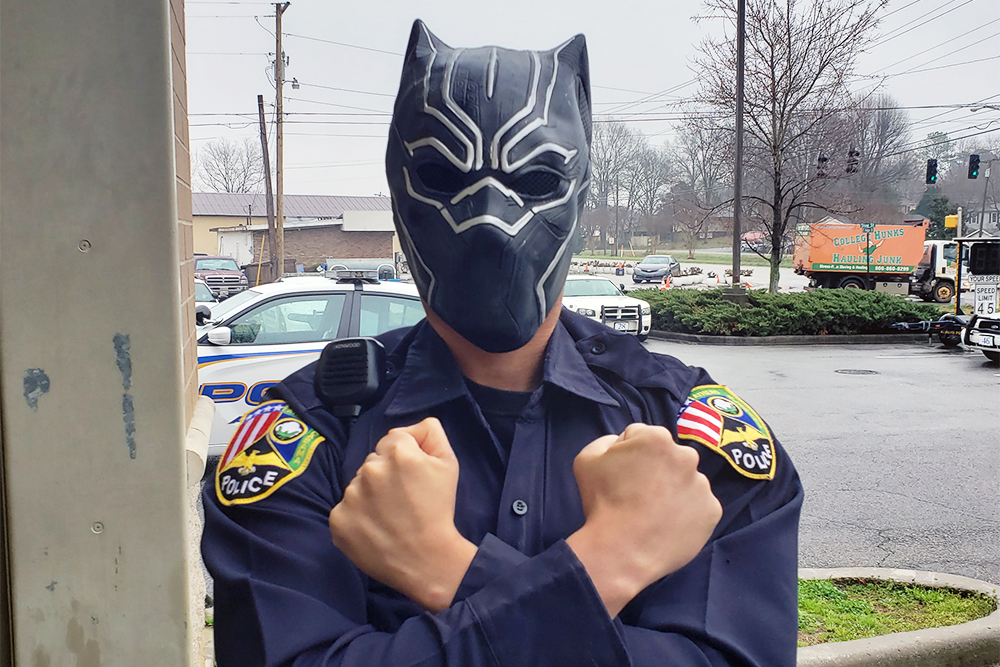 A Friend to Many

Many of the classroom skills Stainbrook learned in school are now used to engage area kids and teens. He’s known for taking gifts to children during the holidays and for dressing in costume during the annual Hospice Chili Challenge.

He even puts his former restaurant talents to work at the Athens Relay for Life Celebrity Waiters event where he serves up meals dressed as a superhero. Last year, Stainbrook was honored with the Jimmy Gill Park Award for community service.

He says being part of an effort to deliver smiles makes it easier for the public to reach out when circumstances turn serious.

And sometimes that outreach comes full circle. A young man recently rode along with Officer Stainbrook before attending the police academy. It turns out, the new recruit had been part of a high school audience three years earlier when Stainbrook shared his story and talked about what community policing means.

“The exciting thing about working for Athens is it’s growing every day, but the people remain the same,â€ he says. “Everybody knows each other, and we all care about each other. You’ll have a good working experience in Athens because people really want you to succeed.”