Most Affordable Cities in Arkansas 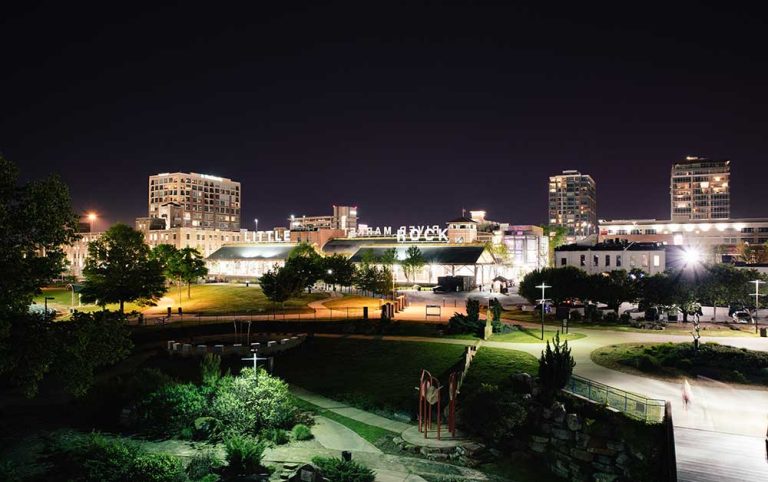 Arkansas is a place for natural wonders.

Residents enjoy lake boating, river paddling and hiking in the million acres of the Ozarks.

Plus, there is the unique chance to find precious gemstones at the Crater of Diamonds State Park near Murfreesboro.

Another attraction for newcomers and old-timers is the low cost of living here with a high quality of life. Livability.com has found the five best places to call home based on a special scorecard using data in grocery prices, transportation and housing along with availability of healthcare, education and walkability to not only find the cheapest cities but also the best deal for the dollar.

It’s hard to find a city that packs such a punch in one spot. But North Little Rock has several footholds in arts, water vessel history and open spaces.

A big draw to the area is the 18,000-seat Verizon Arena, an entertainment venue that has served as host to musical acts, sporting events and sci-fi conventions.

The best news is that one can live in North Little Rock without breaking the bank. Median household income is $39,591 while median home price is a low $118,900.

The second largest city in Arkansas, Fort Smith, which exists on the border with Oklahoma, has so much to offer those who live here.

Medical facilities are plentiful while so many diverse companies and shops have set up business to take part in the burgeoning economy. There are also plenty of places to eat serving everything from Texas-style steak to Latin American meals to healthy Vietnamese fare.

Folks don’t get bored in Fort Smith. There are historic museums to tour, art and music attractions seemingly on every corner and a bounty of parks and walking trails to explore.

Back in 2012, Livability.com ranked Hot Springs in the Number 6 spot in a list of Top 10 Best Spring Break Destinations For Families across the U.S. due its proximity to outdoor recreational activities, amusement park rides and restaurants.

Known as The American Spa, Hot Springs got this moniker from the natural thermal waters that bubble up here. Folks can still take a soothing soak in these springs throughout the area including the Hot Springs National Park, which includes Bathhouse Row in the heart of the city.

The park, which is the oldest designation in the national park system, stretches for more than 10 miles and includes hiking and boating on the Caddo River. Similar activities can be found in the Ouachita Mountains and along lakes Ouachita and Hamilton.

And all of this can be part the permanent residents’ everyday lives. Median household income is a bit low at $29,836. But median home price is where Hot Springs really shines at $113,400.

A separate entity from the fifth city on our list, Little Rock is not only the capital of Arkansas but also the largest municipality in the state.

But don’t let the big city environment turn you off from moving here. Residents have a lot to satisfy their cravings for high-class cuisine, shopping and amenities.

First off, the economy is strong for not only state government workers but also those in the retail, banking and aviation industries.

Our top affordable place to live in Arkansas is a college town that can’t be beat.

The University of Arkansas is one of the main reasons why Fayetteville is so amazing when it comes to educational opportunities, economic growth and cultural availability. Sports lovers also cheer for the Arkansas Razorback teams.

But Fayetteville is so stunning in the city services and amenities category that Livability.com has consistently recognized the municipality. Recently, Fayetteville landed on the Top 100 Best Places to Live list after being named a Top 10 College Town in 2013.

Along with the university’s activities, there are plenty of places to eat and galleries and shops to pursue.

Fayetteville is a relatively healthy city while residents enjoy paddling on three lakes, hiking an extensive trail system in a multitude of parks and biking the Pig Trail Scenic Byway.