Reasons for Moving to Northwest Arkansas

Quality of life highlighted by strong economy, U of A, plenty to do. 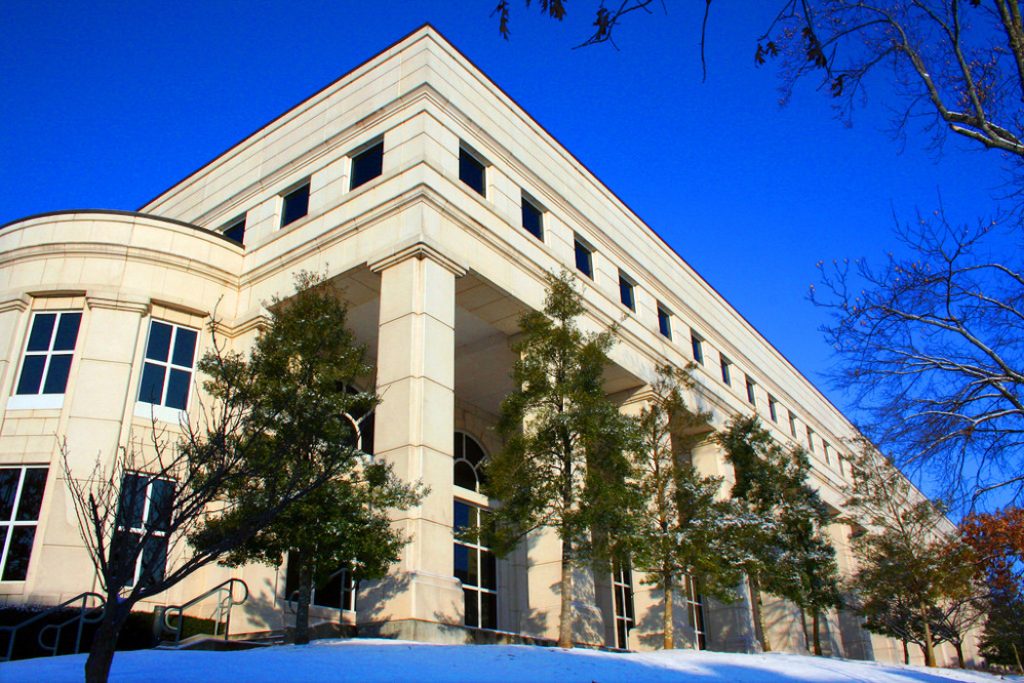 Arkansas / Courtesy of Fayetteville Flyer under a CC 4.0 license.

A solid, growing economy. That is one of the many assets of Northwest Arkansas, which doubled in population from 1990 to 2010 and continues to grow in 2017. Major NWA cities are Bentonville (headquarters to Walmart), Eureka Springs, Harrison, Rogers, Springdale and Fayetteville, which is home to the University of Arkansas (pictured above). The nine counties of NWA are Baxter, Benton, Boone, Carroll, Madison, Marion, Newton, Searcy and Washington, and here is some background on the region’s assets:

The strong economy of Northwest Arkansas is highlighted by three Fortune 500 companies: J.B. Hunt Transport Services in Lowell, Tyson Foods in Springdale (dubbed “Chicken Capital of the World”), and the Walmart headquarters in Bentonville. A few other private companies enjoying success in the region include Daisy Outdoor Products, known for its air rifles and headquartered in Rogers; handgun manufacturing companies Nighthawk Custom and Wilson Combat, both headquartered in Berryville; and George’s Inc. (poultry processing) in Springdale.

One of the cornerstone institutions in Northwest Arkansas is the University of Arkansas, located in Fayetteville and deep within the Ozark Mountains. The state’s largest university has a vibrant arts and music scene, and one of the popular nighttime destinations for students is the Dickson Street bar and restaurant district. U of A’s Razorbacks sports teams compete in the highly regarded Southeastern Conference, and the university’s academic sector is known for top-notch agriculture, architecture, business, law and technology curriculums.

Finding cultural entertainment venues in Northwest Arkansas is easy to do. Options include attending concerts or plays at Walton Arts Center in Fayetteville, or visiting the Crystal Bridges Museum of American Art in Bentonville to view some of America’s finest works of art as collected by Alice Walton, Sam Walton’s daughter. Also in the region is TheatreSquared that serves as the regional professional theater of Northwest Arkansas, while tens of thousands of tourists visit the city of Eureka Springs each year for its Victorian resort restaurants, stores and festivals.

More than 4 million people visit Northwest Arkansas each year, largely because of the Ozark Mountains and outdoor recreation opportunities. Four state parks are in the region, and the most popular water destination is Beaver Lake with 487 miles of natural shoreline. In addition, the city of Mountain Home in Baxter County is bordered by Bull Shoals Lake and Norfork Lake, while Benton County has two national protected areas that are open to the public.

Crooked Creek in Harrison is a nationally recognized “Blue Ribbon” smallmouth bass fishery, while Fayetteville has a Razorback Regional Greenway and has been named a Bicycle Friendly Community every year since 2010 by the League of American Bicyclists.

Good transportation infrastructure is in place throughout Northwest Arkansas, led by Interstate 49/540 that is undergoing much expansion these days to keep up with the region’s continued growth. I-49 links the University of Arkansas with Fort Smith and I-40 to the south, and other main highways serving the NWA area include U.S. highways 62, 65, 71, 71B and 412.