What happens when you take a small city and fill it with over 1,000 pieces of art? Magic. 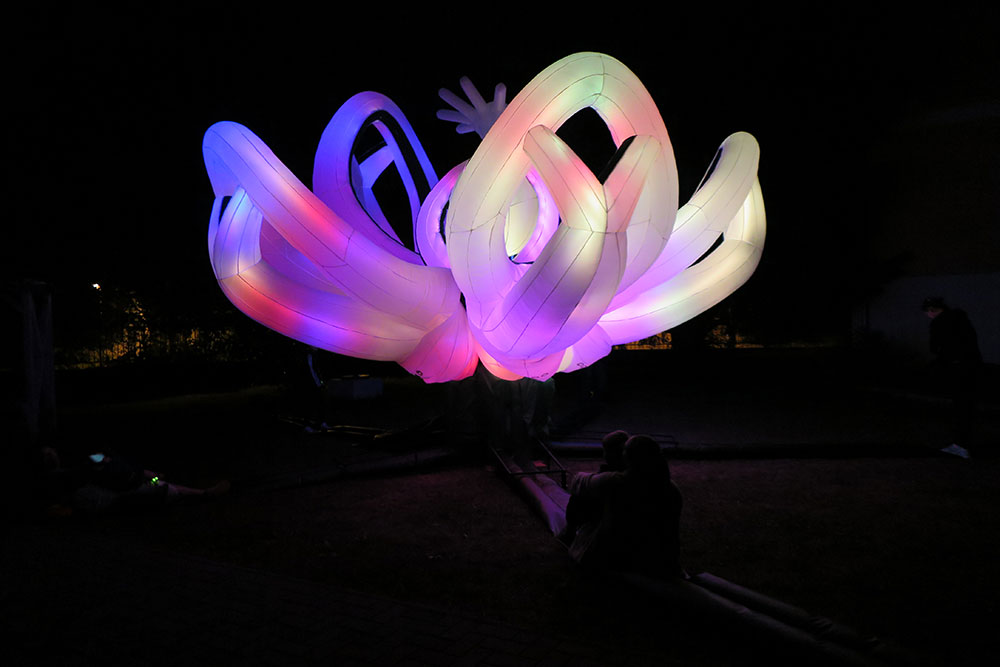 Imagine this: You step on a pressure pad and a large, 15-foot-tall inflatable light sculpture blossoms like a flower with neon petals glowing in the dark. Nearby, you can climb inside an open cylinder, where you crank a giant lever back and forth, setting in motion fairytale images that spin above you and that are synchronized with music, which has you feeling like you’ve snuck inside a music box.

Then, to really round out this multi-sensory experience, you can arrange sound-emitting cubes to create your own musical composition, moving them around to change the pitch, rhythm and melody of your song. 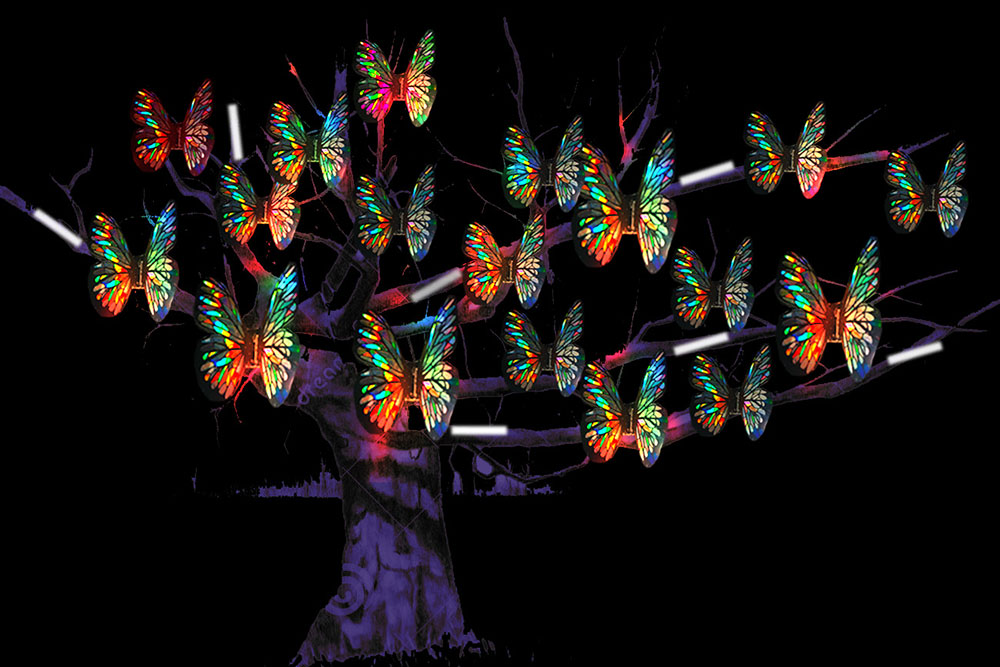 Sounds like an artistic fantasyland, yes? But actually, this is how an artsy city in the Southwest throws a party.

Every year, Scottsdale plays host to the interactive arts festival, known as Canal Convergence, bringing in exhibits from around the world. (This year’s dates for the free festival are Nov. 9-18). Aiming for the festival’s highlight reel in 2018: A dozen aluminum lotus sculptures planted in the canal that can shoot 30-foot flames into the air.

The immersive festival is certainly an Instagram gold mine. It’s also among one of many reasons Scottsdale is a bona fide arts mecca.

Exhibit A: Robert Indiana’s LOVE Sculpture, an iconic pop art piece that places “Lâ€ “Oâ€ over “Vâ€ “E,â€ and that has become a popular spot for marriage proposals in Arizona. “It’s a lovely backdrop for portraits,â€ Curry-Evans says. 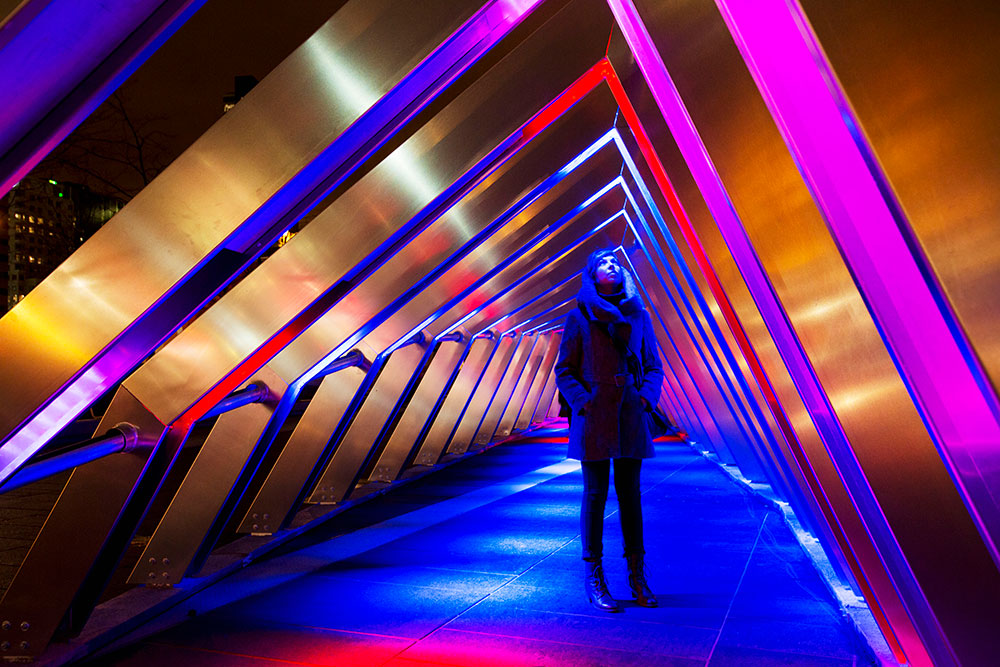 Scottsdale / Iceberg by ATOMIC3 and APPAREIL Architecture in collaboration with Jean-Sébastien Côté and Philippe Jean, Photo by Martine Doyon

In total, Scottsdale’s public art collection boasts nearly 1,100 pieces, which makes the city feel like one big, open-air art museum. The city has prioritized art with several ordinances. One of them, for example, passed in 1988 and established the Cultural Improvements Program for downtown Scottsdale. It directs developers to allocate 1 percent of their building valuation into a cultural trust fund to be used toward public art.

Art, in turn, has adorned everything from bus stops to benches to underpasses throughout Scottsdale. In the 1990s, public art dressed up boring concrete along a six-mile stretch of the Pima Freeway / Loop 101, with desert images like prickly pear cacti and giant lizards starring in the exhibit created by artist Carolyn Braaksma. 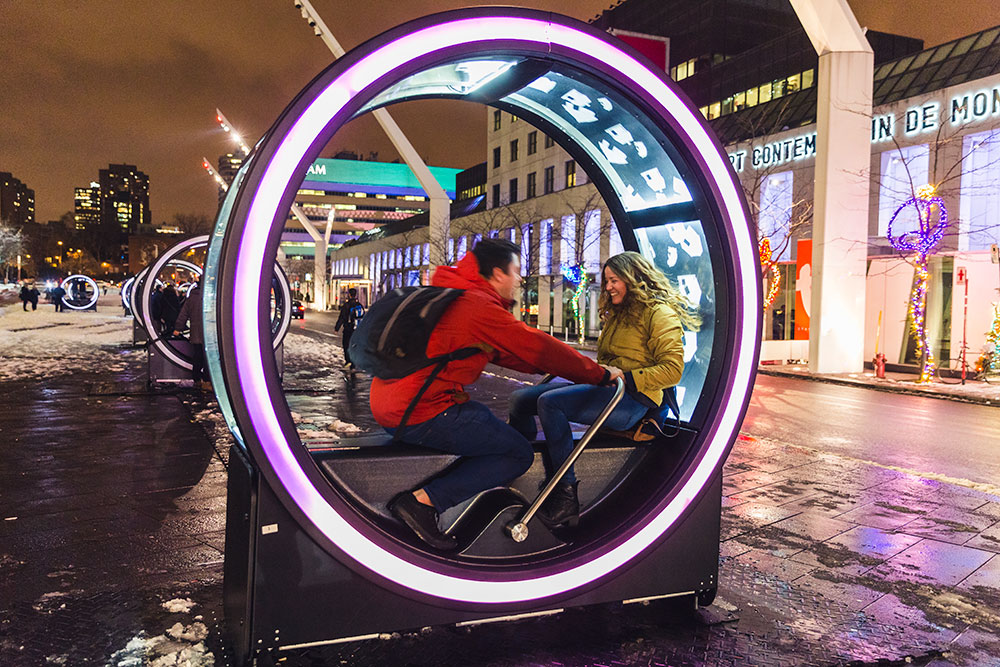 “We were able to pick something as mundane as a retaining wall and transform it into something beautiful,â€ Curry-Evans says.

Plus, the city is home to several art galleries and gets bragging rights for having “America’s Original ArtWalk,â€ a 40-year tradition that is an open house for the Scottsdale Arts District.

Oh, and if you’re headed to the interactive Canal Convergence, you’ll know you’ve arrived when you spot a hand-crocheted lace ribbon that’s 8 feet wide and more than 600 feet long draped around the Arizona Canal. It’s the handiwork of 150 volunteers throughout the country who crocheted sections from a template for the mind-blowing installation.