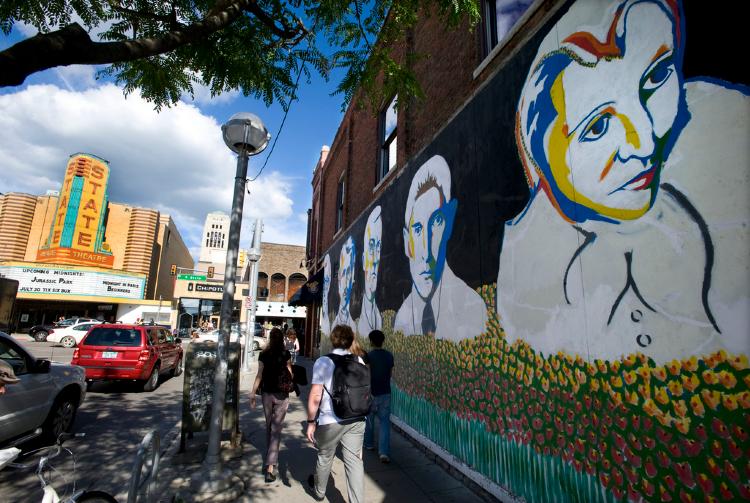 It’s easy to see why Ann Arbor, Mich., is one of the best college towns and also one of the best cities for recent college grads, many of whom stick around their alma mater. It’s a 20-something’s dream town, offering a high mix of available rental properties, enticing entertainment options and an array of natural amenities. It’s also got jobs that pay above-average wages to college-educated workers and a solid track record of successful entrepreneurs.

The city’s economy is anchored by the University of Michigan, but it’s boosted by companies doing automotive research, software development and research in life sciences. More than 93 percent of the 25- to 34-year-olds living in Ann Arbor are employed. The majority hold non-service industry (high-paying) jobs and make enough so that they spend less than 30 percent of their income on housing. The cost of living here is about 3 percent below the national average.

Ann Arbor’s parks and recreational facilities allow residents to engage in a variety of athletic pursuits from ice skating and canoeing to biking and skateboarding. A network of sidewalks and trails make Ann Arbor highly walkable. Trendy nightclubs, bars and restaurants saturate downtown Ann Arbor, creating a vibrant scene that draws many residents out for a good time. Also in the mix are theaters and performance venues, art galleries, bakeries and coffee shops that make great meet-up locations. Annual events like the Art Fair, Summer Festival and ElvisFest showcase the focus residents place on creativity, culture and fun.

There’s one other reason new college grads may want to consider a move to Ann Arbor. It’s the best city for singles, according to Kiplinger, which examined the cost of an average date, the number of unmarried households and the education levels of residents.