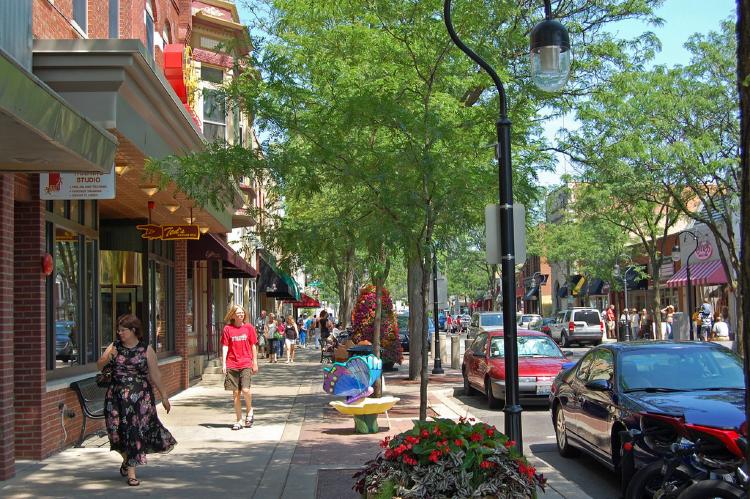 Just 30 miles west of Chicago and located along the DuPage River, Naperville, Ill., provides recent college grads with a blend of small-town charm and big-city amenities. It’s an ideal setting for young professionals who feel more comfortable in a suburban environment but want quick access to the offerings of a major metropolis.

An low unemployment rate of 5.5 percent among 25- to 34-year-olds, a high percentage of non-service industry jobs and excellent public transportation make Naperville an attractive area to start a job search. The city’s employment base includes technology firms, energy companies, retailers and factories. Citizens here are well-educated; more than 66 percent of 25- to 34-year-olds in Naperville hold bachelor’s degrees or higher. Finding an affordable place to rent won’t be difficult as nearly a quarter of residential properties in the city are rentals, many of which cost less than 30 percent of an average resident’s annual income.

The city’s picturesque Riverwalk and community parks see lots of activity from residents who exercise, play sports or just relax. Naperville’s quaint downtown includes the Theater District, which is home to the widely attended North Central College theater program. Residents can choose from more than 260 restaurants, including the Spanish-themed Meson Sabika and the award-winning Café Buonaro’s Italian restaurant.