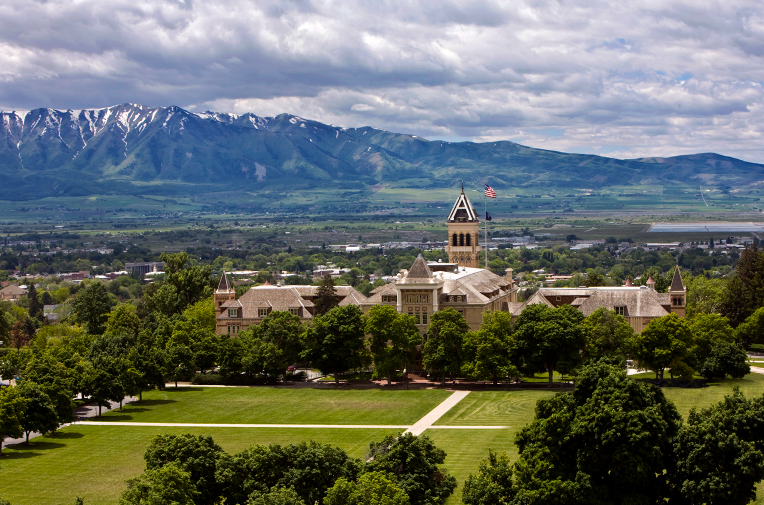 It’s hard to beat Logan’s array of natural attractions. All that’s missing is a beach, but there is Bear Lake, which many refer to as the “Caribbean of  the Rocky Mountains” because of its azure blue water. Resting in a valley between a range of giant mountains, Logan is surrounded by places to fish, bike, hike, ski and golf. The Eccles Ice Center hosts public skating, hockey leagues, curling events and figure skating. Outside the city are cattle ranches and farms, some dating back hundreds of years. The city’s collection of parks and recreational facilities provide places to swim, take a stroll, skateboard or just relax. Covered by green during spring and summer, Logan explodes with crimson, orange and yellow in the fall before snowfall dusts the city in a peaceful white.

Performance venues, museums and art galleries can be found both on and off campus. A mix of refined and traditional restaurants in Logan earned it a spot on our Top 10 Foodie Cities list in 2011. Downtown Logan, which could be considered a long walk or a manageable bike ride from campus, is filled with shops, restaurants and entertainment areas. It includes many historic buildings, including the Logan Utah Temple, which can be seen from miles around. Sidewalks and bike lanes make getting around in Logan fairly easy, and the Cache Valley Transit District operates a network of bus routes that cover most of the city. The Cache Valley Center for the Arts presents plays, musicals, concerts and classes.