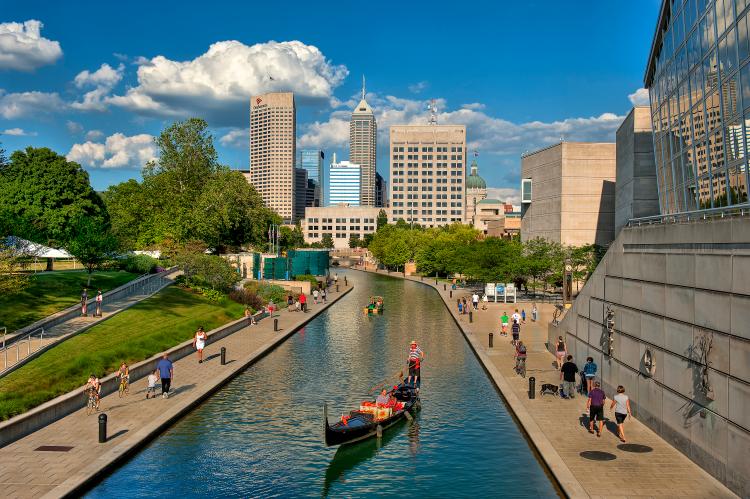 Our picks for the best downtowns of 2014 include cities undergoing significant improvement. We looked for downtowns with declining vacancy and growing populations. These places are attracting new residents and businesses while creating a vibrant scene that draws tourists and unites the greater community with a sense of pride.

The best downtowns foster creativity, inclusion and innovation. They showcase what is good about a community by offering a diverse array of local architecture, art, lifestyles and things to do. Great downtowns unite residents from all walks of life, even those in the suburbs, by providing places to connect. Above all, the top-performing downtowns must maintain a high level of energy and give all residents in a city a reason to come on down.

For the most part, our top 10 lists are data-driven – more science than art. The Top 10 Best Downtowns 2014 list, however, is a bit of an exception. Yes, we started with data including improvement in retail and office vacancy rates, population gains, income growth, unemployment, the ratio of people who live and work in the downtowns, and the overall livability of the city. But numbers alone can’t tell you what makes a downtown great. For that you need to see the skylines, hear the street sounds and talk to people who’ve been there. We took a look, talked with our well-traveled staff and made our picks.

It takes decades of careful planning, political alignments and dedication to create downtowns that attract new residents and visitors. We gave considerable weight to population growth and the ratio of residents to jobs in a downtown area because urban center experts suggest these are the most telling signs of how a downtown is doing.

“The way to have a really vibrant downtown is to have residents there who can support the businesses and provide that life on the street to make the area seem more lively and safer,” says Sheila Grant, editor of Downtown Idea Exchange and Downtown Promotion Reporter. “We think they are the most vital part of the city. They give everyone in the outlying areas a sense of community and heritage.”