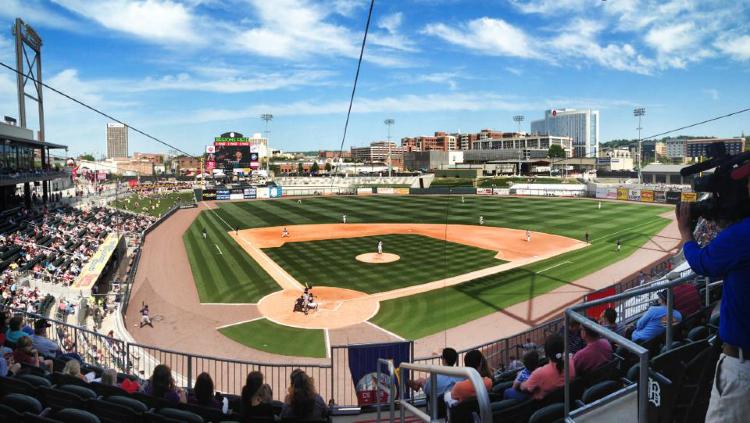 Our list begins with a comeback story that’s still being written. Downtown Birmingham, AL, is on the rise after suffering from years of economic loss stemming from a dwindling population and industry decline. The redesign and renovation of a park kick-started a series of ongoing revitalization projects that continue to attract new businesses, visitors and residents.

The city’s retail vacancy rate fell by 1.7 percent between 2012 and 2013, one of the biggest gains in metropolitan markets across the country during that time period. Downtown Birmingham’s population grew by 36 percent to 9,400 people between 2000 and 2010. That number is likely to grow as more than 1,000 housing units are under construction or being planned downtown. Projects like Railroad Park, which includes ponds, an amphitheater, a skatepark, a playground and pathways, and a recently completed 8,500-seat minor league baseball stadium (Regions Field) lure people downtown for events and activities. They’ve also caught the eye of a group of investors who recently purchased a warehouse and several buildings near the ballpark. The investors plan to develop office and residential space, envisioning the rooftops of some living units overlooking Regions Field.

A few blocks north of Railroad Park sits the historic Alabama Theatre which was renovated in recent years. Across the street, the Lyric awaits its return with a $7 million renovation in progress. In nearby Uptown, an entertainment district that includes the Birmingham-Jefferson Convention Complex, a new $70 million Westin Hotel offers prime accommodations within walking distance of high-end restaurants and pubs. State legislators recently approved tax breaks for businesses that renovate buildings and storefronts located in historic sections of downtown. One of the largest projects using the tax credit is a $60 million conversion of the Pizitz Building from office space to retail and residential space.

Residents outside the downtown area are coming in for events like the Sidewalk Film Festival and Magic City Art Connection, as well as shows at the Alabama Theatre and Red Mountain Theatre. They bustle in and out of funky new shops and restaurants that have sprouted up on Second Avenue and circulate around the Loft District, which offers fine dining and nightlife. New residents find the downtown area gradually becoming more walkable and often ride bicycles to work.