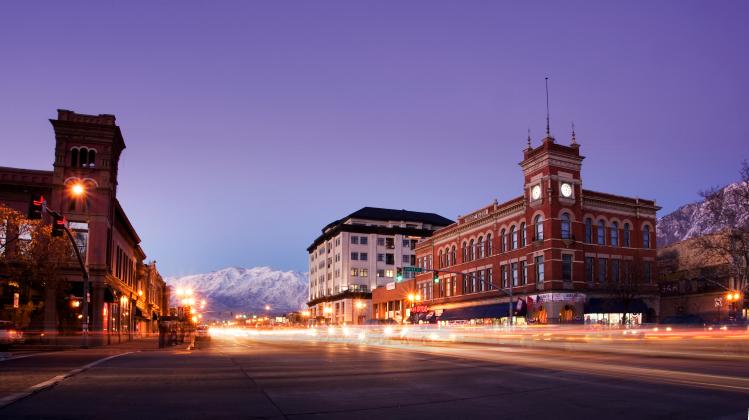 The builders of a new temple in downtown Provo, UT, are so committed to preserving the historic architecture of the area that they put the old Tabernacle on stilts in order to salvage it while adding two floors below. The Provo City Center Temple is an example of the many ongoing or recently completed development projects that continue to improve the look of downtown while enhancing residents’ quality of life and attracting new businesses.

The new Utah Valley Convention Center in downtown Provo, which features 85,578 square feet of meeting and garden space, plus 19,620 square feet of exhibit space, hosts a variety of conferences and events that help fill nearby hotels and restaurants. The district has two large developments currently in the construction phase, including an $80 million headquarters for Nu Skin, which will house 900 employees. City leaders recently approved plans to build a mixed-used development called Block 70 that will comprise more than 150 apartments, a theater, restaurants and shops.

Downtown Provo blends the old with the new to maintain the character that draws thousands of residents and visitors each year while offering modern services and high-level entertainment. The Provo Downtown Historic District has a collection of buildings constructed between 1880 and 1930, with more than 40 listed on the National Register of Historic Places. More than 50 independently owned restaurants, bakeries and bars attract residents from across the city. Local farmers sell produce, meat and cheeses at the Provo Farmers Market, held each Saturday from June to October at Pioneer Park. The park also includes a new splash pad, helping families cool off on hot summer days. After watching musical performances, plays and comedy acts at the Covey Center for the Arts, many patrons head to West Center Street for drinks and dancing.