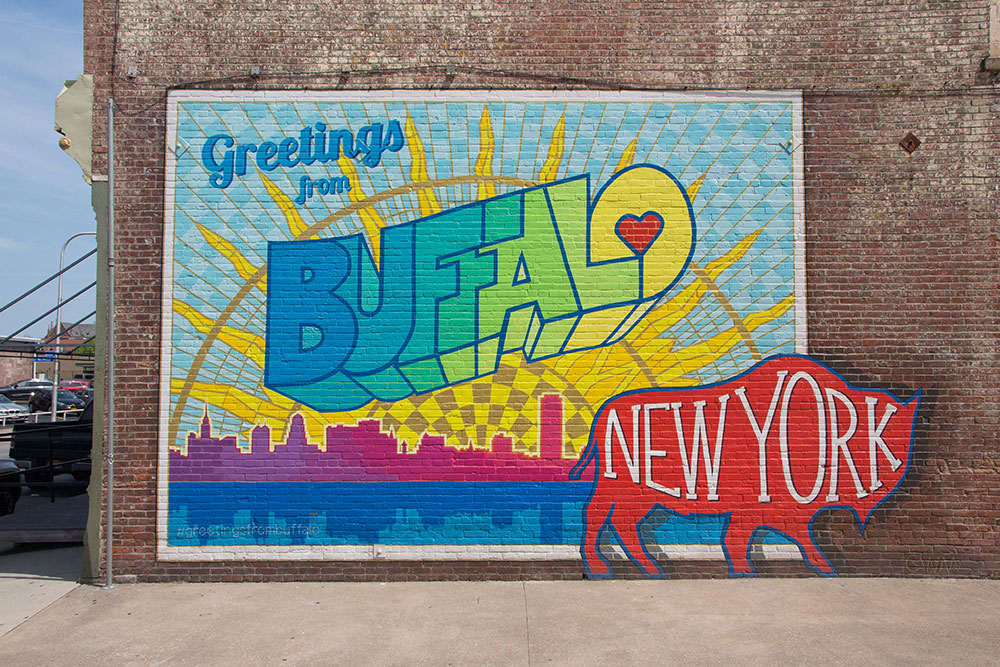 Located right on the United States-Canada border, Buffalo has long been an access point for anyone looking to visit our friendly neighbors to the north or experience the awe-inspiring majesty of Niagara Falls. Residents of Buffalo acquiesce to cold winters and often-disappointing professional sports teams in return for a low cost of living (the city earned the #2 spot on our Best Affordable Places to Live list), tight-knit community and rapidly evolving downtown scene.

There’s no getting around Buffalo’s rough winter weather, but the city absolutely comes alive in the summer. Buffalo earned high marks in the amenities category thanks to the city’s abundance of parks, museums and concerts, plus a food scene that offers something for everyone.

Buffalo also received an above-average rating in the infrastructure category thanks to the city’s harnessing of hydro-power from Niagara Falls to create a cheap and reliable energy source (earning Buffalo its “City of Lights” moniker). In addition, downtown Buffalo offers a metro-rail extending from one end to another, allowing residents a quick way to traverse the city.

Local Obsession: The Buffalo Bills. Spend any amount of time in the Buffalo area and there’s a good chance you’ll be inducted into the Bills Mafia.

Climate Described in 6 Words Or Less: Summers make the winters worth it.

Top Industries and Employers: Since manufacturing and railroad production has left Buffalo, the city has reinvented itself as a hotbed for emerging tech, finance and health care. Tesla Motors calls Buffalo home for its solar powered product factory, and Univera Healthcare has long been a top employer for Buffalo residents

Local Dream Job: Boat captain for Buffalo’s Maid of the Mist. The Niagara Falls tour ship that shuttles its guests around the Falls on both the American and Canadian sides.

Quintessential Meal: They aren’t called Buffalo wings for nothing. You can find chicken wings all over the country, but nobody does them better than any of the Buffalo restaurants that have perfected this regional delicacy.

Favorite Weekend Activity: If it’s a Sunday in the fall, swarms of residents congregate at New Era Field to tailgate the Buffalo Bills or hit the downtown to take in the game at a local bar.

Beloved Bookstore: Rust Belt Books. This store located in downtown Buffalo provides everything you want out of a local haunt: creaky floors, the smell of old books and resident cats slinking through the jungle of used books.

Free Way to Have Fun: Take an elevator up to the 28th floor of Buffalo’s City Hall, where you’ll reach the observation deck. From here you can snap great selfies, taking advantage of the area’s scenic backdrops.

Truly Hidden Gem: Check out the Mark Twain Room inside of the Buffalo Public Library. Though he only claimed residence in Buffalo for a short year and a half, over 500 Mark Twain items and collectables are on display for Buffalo residents.

Buffalo is a Great Home Base City for Travel Addicts

Buffalo is One of the Most Affordable Places to Live in the U.S.