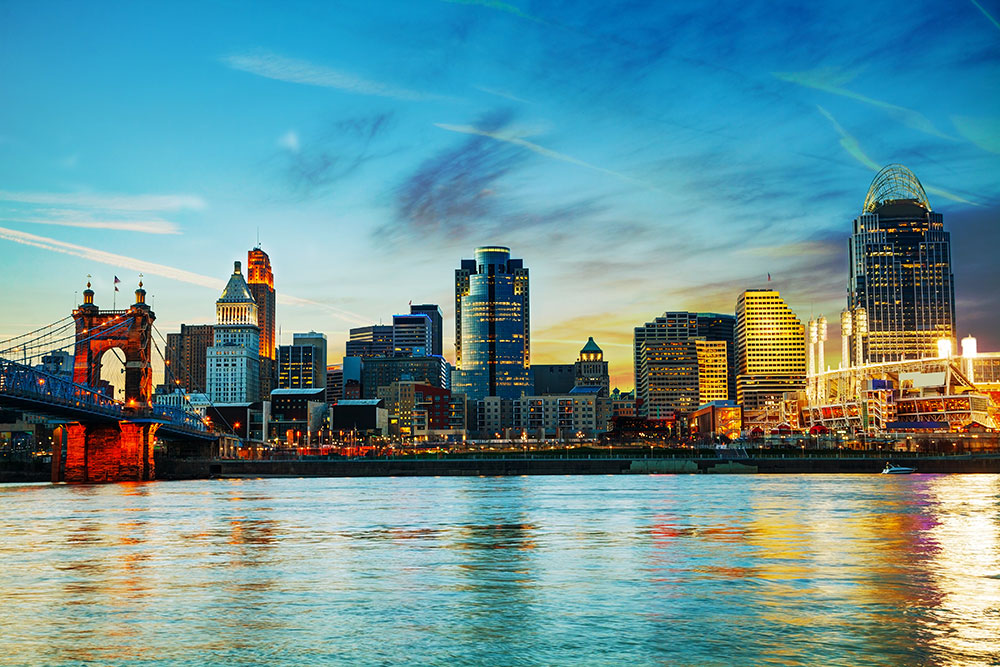 You’ll find Cincinnati, AKA the Queen City or Cincy for short, located along the tree-lined banks of the Ohio River and Ohio’s southern border with Kentucky. More than 308,000 people are proud to call this city home, thanks to its robust economy, plentiful amenities (like the Cincinnati Zoo and Botanical Garden and the National Underground Railroad Freedom Center, to name a few) and top-notch infrastructure.

In fact, Cincinnati scored the highest for infrastructure among all of Livability’s Top 100 cities for 2019. Why? It’s super easy to get around here, with options ranging from the Cincinnati Bell Connector streetcar system to the popular Metro bus service, which brings 20 percent of the downtown workforce into the city each day.

Local Dream Job: Gapper, a mostly red creature who serves as mascot for the Cincinnati Reds.

Quintessential Meal: The Skyline Chili “3-way,” which is spaghetti topped with the city’s special chili and cheddar cheese.

After-Work Meetup Spot: Taste of Belgium, which has an admirable happy hour (3 to 6 p.m. Tuesday through Friday), a lengthy draft list and some incredible waffles (and they’re not just served at brunch!).

Best Brewery/Local Beer: The award-winning Happy Amber at MadTree Brewing, a dry-hopped ale with notes of biscuit and caramel. Plus, the taproom is huge and there’s a massive outdoor beer garden.

Beloved Bookstore: The Booksellers on Fountain Square, a small shop with a knowledgeable staff and an inviting atmosphere.

Free Way To Have Fun: Run, bike or stroll along the gorgeous Smale Riverfront Park.

Truly Hidden Gem: The Blind Lemon, a tiny, garden-level bar in the Mount Adams neighborhood that’s filled with trinkets and antiques. The patio is cozy and romantic, complete with a firepit and lots of greenery.