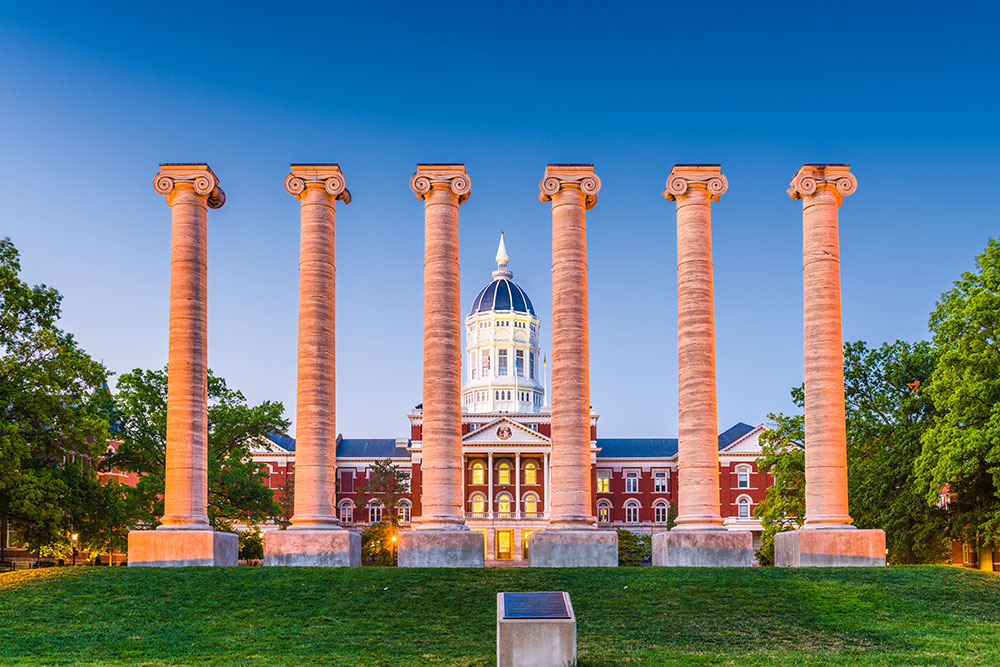 Located about halfway between Kansas City and St. Louis, Columbia is a vibrant, youthful city that is home to the University of Missouri and the quintessential college town. In addition to the buzzy and busy life on campus, Columbia has a lot to offer both young professionals and families — namely its strong economy and its easy access to shopping, culture, arts and activities.

Columbia scored high on our list because of its low unemployment rate, which was last recorded as 2.1% in December 2018 (the national rate is a whole two percentage points higher at 4%). But there’s more to look for in Columbia beyond its great economy — there’s also a quaint downtown, beautiful and expansive state parks and fun festivals like Art in the Park.

Local Obsession: “Riding the tiger” — or climbing on top of a bronze tiger statue on Tiger Plaza to pose for a photo — as well as being a sworn enemy of Mizzou’s biggest rival, the University of Kansas Jayhawks.

Climate Described in 6 Words Or Less: Unpredictable winters, but a gorgeous spring

Top Industries and Employers: The top industries in Columbia are educational services and healthcare and social assistance. The top employers are the University of Missouri, MU Health Care and Columbia Public Schools.

Local Dream Job: Professor at the School of Journalism at Mizzou, one of the oldest (and top) journalism schools in the country

Quintessential Meal: We doth protest if you haven’t had a slice or two (or three) of The Masterpiece at Shakespeare’s Pizza, a Columbia favorite since 1973.

Favorite Weekend Activity: Weekends are for perusing the downtown Columbia Art League gallery or taking in a fun workshop like beginning pastels, visual journaling, or dipping into watercolor basics.

Beloved Bookstore: Yellow Dog Bookshop, named after the owners’ rescue dog Scout, is located in The District and is the perfect cozy bookstore to wander into for poetry readings, children’s story time and, of course, picking up some new reads.

Free Way to Have Fun: Grab your dog and head to Rock Bridge Memorial State Park, which has 2,200 acres of the most popular hiking trails in the state. Interested in a little more adventure? Walk through the park’s large cave system, which has a rock bridge and an underground stream known as “Devil’s Icebox.”

Why Columbia, MO is One of the Best Place to Live in America

Moving to Missouri? Here’s Everything You Need to Know