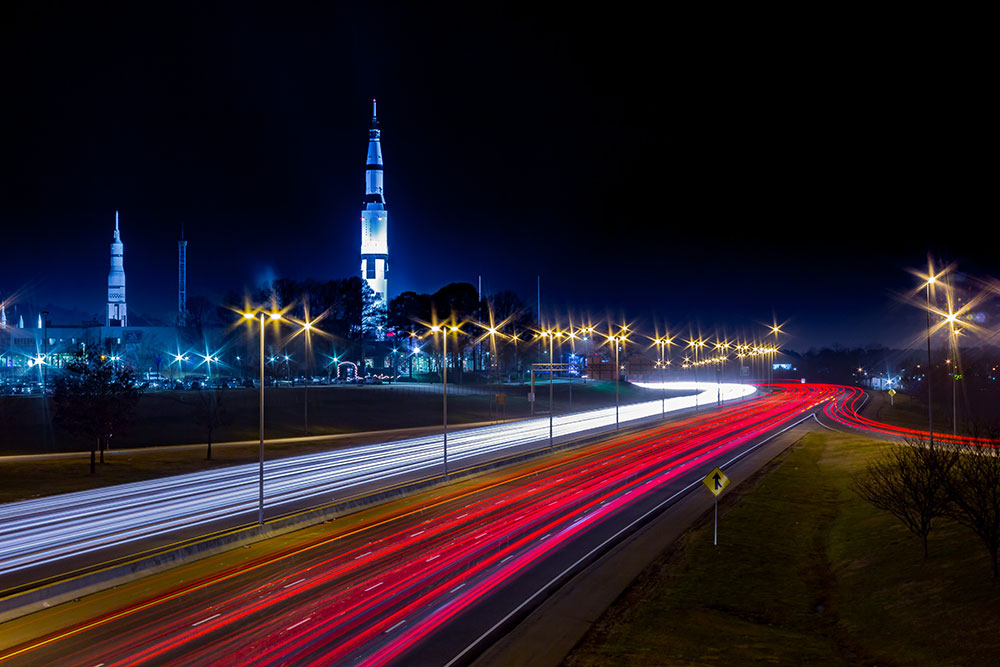 Huntsville is out of this world — literally! The city is known as “Rocket City” because of the heavy presence of aerospace technology and the iconic rocket at the U.S. Space & Rocket Center.

But there’s more to this up-and-coming city than just space. Home to the University of Alabama – Huntsville and Alabama A&M University, Huntsville scored high in the education category and has a thriving economy to boot. If you’re looking for a tech job, look no further: Huntsville earned the #1 spot on Livability’s Top 10 Best Cities for STEM Workers list, and was named to our list of Tech Hotspots.

Weekends spent in Downtown Huntsville are ideal for residents of every age. The downtown area is chock full of cute shops, delicious dining options and an abundance of entertainment options.

Climate Described in 6 Words or Less: Summers can get REALLY hot!

Top Industries: The top industries in Huntsville are aerospace and military technology as well as manufacturing.

Local Dream Job: Counselor at Space Camp, because who didn’t dream of being an astronaut when they grow up?

Quintessential Meal: Keeping with the space theme, grab a schnitzel at Ol’ Heidelberg, a German restaurant that came to be when a German rocket scientist was working in Huntsville and missed traditional German food.

Favorite Weekend Activity: A visit to Campus 805 is a must. Known as “the coolest middle school in the nation,” Campus 805 is a repurposed educational facility that houses several restaurants and breweries and even has outdoor play space for kids, making it the perfect place for the entire family.

After-Work Meetup Spot: Humphrey’s Bar and Grill in downtown Huntsville has an expansive porch and live music most nights of the week.

Best Brewery/Local Beer: Spend some time traveling the Downtown Huntsville Craft Beer Trail and enjoy any of the local breweries in the area, including Yellowhammer Brewing, Straight to Ale and Salty Nut Brewery.

Free Way to Have Fun: Take a walking tour of the Twickenham Historic District, one of the largest antebellum districts in the state of Alabama and the first Historic Preservation District in Huntsville. The neighborhood showcases many gorgeous, historical homes including the Weeden House and accompanying museum.

Huntsville is an Up-and-Coming Tech Hotspot

Why Huntsville is the Perfect Place for STEM Workers

5 Most Affordable Cities in Alabama