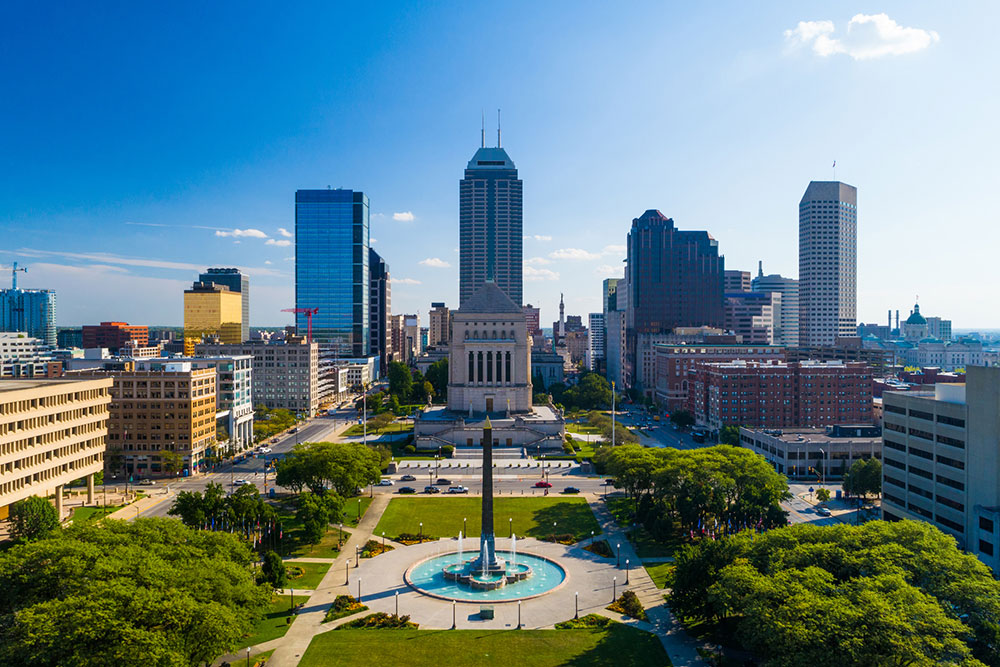 Sure, you might know Indy for its fast cars. But Indianapolis residents can also enjoy a slower pace along the eight-mile Indianapolis Cultural Trail that seamlessly connects neighborhoods, cultural districts and entertainment spots. This cosmopolitan midwestern city scored high in the amenities category thanks to its thrumming cultural and outdoors scene that complement its famous race tracks.

Oh, and did we mention the growing craft brewery scene, professional sports and top-notch restaurants, too?

Local Obsession: It’s a coin toss between the Colts and the Pacers. But Feb. 4, 2007 is extremely important to this city’s history. (It’s when the Colts won the Super Bowl!)

Quintessential Meal: A breaded pork tenderloin sandwich (our favorite is at the Steer-In, but we highly recommend trying these 10 iconic tenderloins around the state).

Favorite Weekend Activity: White River State Park is a good base camp for any weekend adventure, with kayaks, gondoliers and pedal boats sharing the Central Canal and a music venue inside the park. Of course, going to a concert or a sporting event in the famed Chicken Limos is bucket list-worthy. They are exactly what they sound like: quirky yellow limousines with a large chicken statue affixed to the top.

After-Work Meetup Spot: Share a charcuterie plate at Platt 99, a cocktail lounge inside The Alexander. Thanks to the colorful glass art, this spot could double as an art exhibit.

Best Brewery/Local Beer: Bring quarters to Black Circle Brewing so you can play vintage arcade games while sipping on a hard cider. And here’s some exciting breaking news: Beloved Scotland-based craft beer company BrewDog is planning a bar for Fountain Square later in 2019!

Beloved Bookstore: Books & Brews. The bookstore in the front sells gently used books, and a portion of proceeds goes to a local literacy program. A bar in the back sells craft beers named after books. Choose between a Charlie and the Chocolate Stout or Clifford, which — you guessed it — is a red ale.

Truly Hidden Gem: Miles of secret tunnels underneath City Market. Before refrigeration, these cool catacombs were used to store meat and produce.

Why Indianapolis is a Great Place to Live

10 Great Things to do in Indianapolis