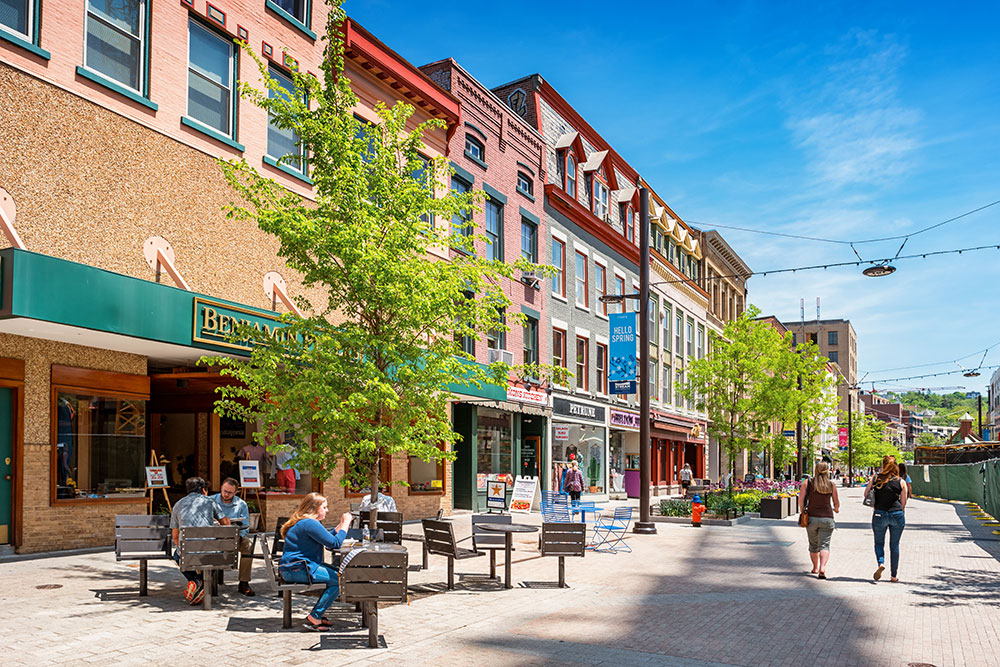 Located in central New York in the Finger Lakes region, Ithaca is home to roughly 30,000 people. With more than 150 scenic waterfalls, plenty of wineries and outdoor recreation activities galore, it’s easy to see why Ithaca is a great place to live. The city earned high marks for education, since it’s home to two top-notch campuses — Cornell University and Ithaca College are both located here.

And because it’s easy to get around Ithaca by bus, bike, carshare or on foot (the average commute time is just 16 minutes here), the city also scored high in the infrastructure category.

Climate Described In 6 Words Or Less: Winters are cold, but summer’s awesome.

Local Dream Job: Professor of fungi at Cornell, where you’ll get to teach a class like “Magical Mushrooms, Mischievous Molds.”

Favorite Weekend Activity: Hit up the Ithaca Farmers Market, then stroll along the Cayuga Waterfront Trail.

Beloved Bookstore: Autumn Leaves Used Books, which has more than 60,000 books and 10,000 records for you to browse.

Free Way To Have Fun: Stroll through the Cornell Botanic Gardens, a serene spot to spend an afternoon immersed in nature.

Truly Hidden Gem: Did you know Ithaca is a bird lover’s paradise? There are tons of places in the area to go bird-watching, including the 230-acre Sapsucker Woods Sanctuary, which is maintained by the Cornell Lab of Ornithology. While there, you can also get a behind-the-scenes tour of the lab or take a guided bird walk.

The 10 Best College Towns in America