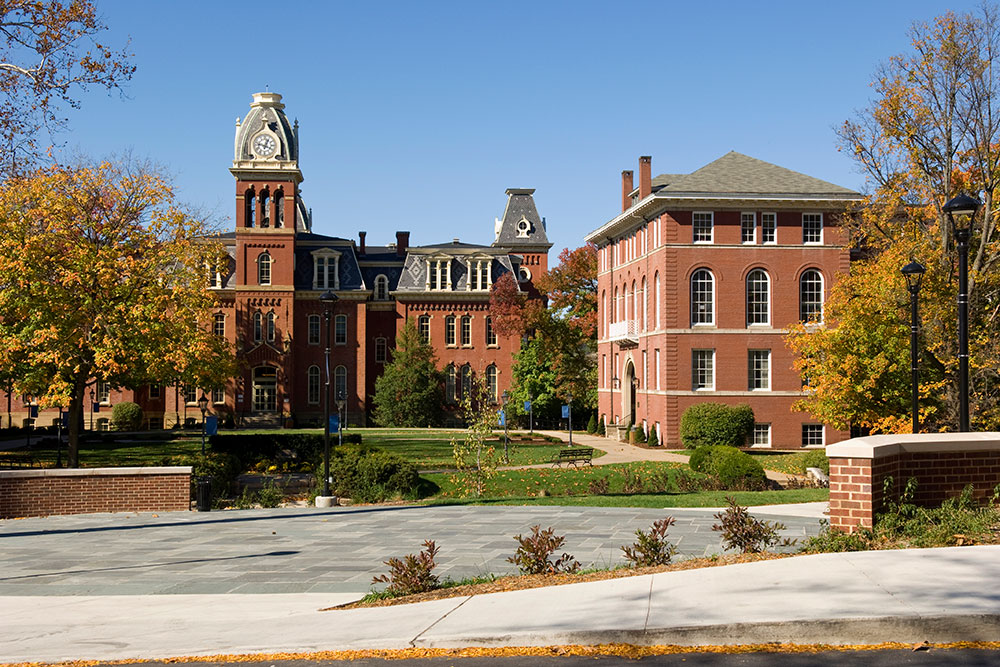 Whatever preconceived notions you have about West Virginia, you’re sure to be pleasantly surprised by Morgantown — in addition to being home to West Virginia University, Morgantown is also a city that prides itself on its eclectic arts scene, inclusivity and environmental consciousness.

Morgantown scored points on our list this year for its affordable housing (which is .87 times lower than the national average) as well as the ample opportunity for renters in town. With a homeownership rate of 43.3%, a variety of housing is available to those who aren’t interested in buying a home yet.

Morgantown also made our list thanks to its amenities — from going to a play at the Met Theatre to checking out nature films at the annual Banff Mountain Film Festival to touring the Art Museum at WVU, it’s unlikely you’ll run out of things to do in this thriving little metropolis.

Local Obsession: We’d be remiss if we didn’t mention Morgantown’s deep love for its Mountaineers (and how much they love singing along to John Denver in Milan Puskar Stadium).

Local Dream Job: A professor of biomedical engineering at West Virginia University — the first program of its kind in the state

Quintessential Meal: You’re in the South — so you better fill up on fried chicken at Dirty Bird

Favorite Weekend Activity: If you can work up the nerve, try whitewater rafting on Cheat River, which has over 30 rapids that range from nice and mellow to “raucous.”

After-Work Meetup Spot: Gene’s Beer Garden is an unassuming, friendly, and mellow place to grab a beer (or two).

Best Local Beer: The Cold Trail Blonde Ale from Mountain State Brewing is a solid beer after a long day’s work — or, ya know, just a day.

Free Way to Have Fun: Rollerblading your way through Caperton Trail, which runs through many interesting sites in town like the WVU Core Arboretum

Truly Hidden Gem: A hidden waterfall is waiting for you to discover it in the midst of the three miles of White Park Trails.

Morgantown is One of the Best Places to Raise a Family in the U.S.

These Are the Best Places to Live in West Virginia