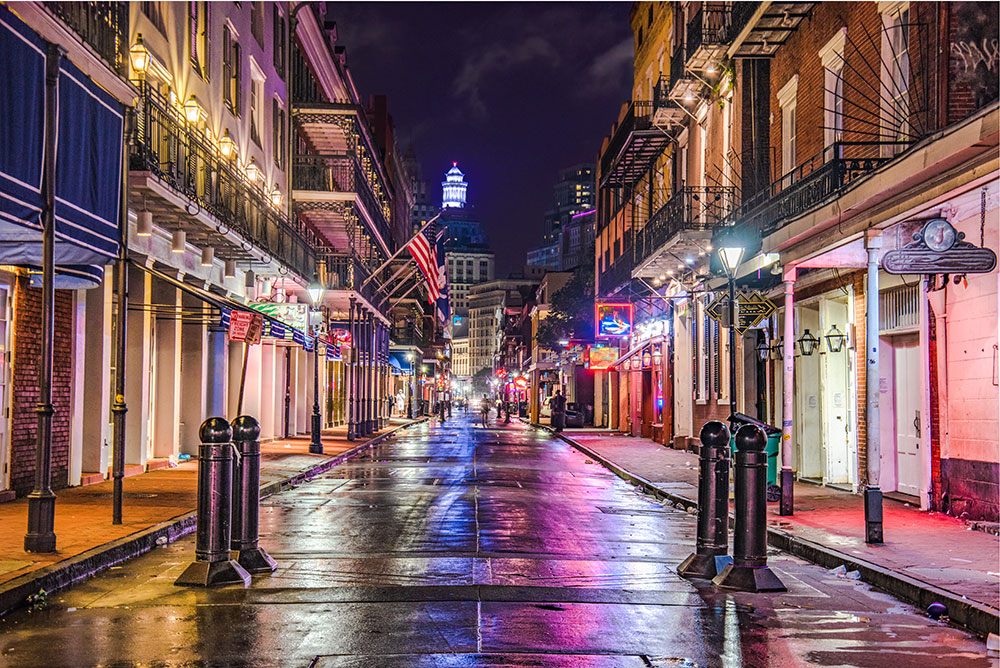 Located in southern Louisiana where the Mississippi River enters the Gulf of Mexico, New Orleans is known for its lively nightlife, uninhibited party scene and world-famous beignets. But there’s so much more to the Big Easy than the French Quarter and Bourbon Street. The city earned high marks in the amenities category, including an expansive network of parks (there’s more than 66, y’all!), amazing restaurants, museums, music, theater and an endless roster of things to do.

New Orleans loves a good festival — outside of Mardi Gras, the city hosts Jazzfest each spring, and the renowned New Orleans Food and Wine Experience. Additionally, the city is deeply rooted in history and is heavily influenced in its architecture, food, music and culture by its European and African ancestry.

Local Obsession: This city runs on the arts, from the Contemporary Arts Center to galleries like Where Y’Art to coffee shop poetry readings to music on nearly every corner.

Climate Described in 6 Words or Less: NOLA was built on a swamp…

Top Industries and Employers: Major industries include oil and petrochemicals, but you’ll also find many job opportunities in food and hospitality, as well as a creative scene that’s inviting to artists and entrepreneurs.

Local Dream Job: Producer at Kern Studios, one of the top float producers for parades, including Mardi Gras carnival season.

Quintessential Meal: Jacques-Imo’s in Upton is known for its real “Nawlins Creole soul food.” Notable menu items include a shrimp and alligator sausage cheesecake and, of course, a damn good po’ boy.

Favorite Weekend Activity: Pay a visit to the St. Roch Market, a mecca for foodies that houses nearly a dozen dining options and an award-winning craft cocktail bar, The Mayhaw.

After-Work Meetup Spot: The strong drinks at Jazz Daiquiri Lounge are guaranteed to help you forget any office drama.

Beloved Bookstore: Faulkner House Books is a book-lover’s paradise. The bookstore is in a tucked-away alley in the French Quarter that once served as literary great William Faulkner’s home, and now sells both new and used books as well as beloved classics and rare edition reads.

Free Way to Have Fun: Take a stroll at the Besthoff Sculpture Garden and enjoy the weird and wonderful installations spanning nearly five acres.

Truly Hidden Gem: Located just down the road from the New Orleans Museum of Art is the Singing Oak, which provides reprieve from the Louisiana heat and enchanting music from the wind chimes strung from the branches.

Thinking of moving to Louisiana? Here are 8 Reasons Why You Should