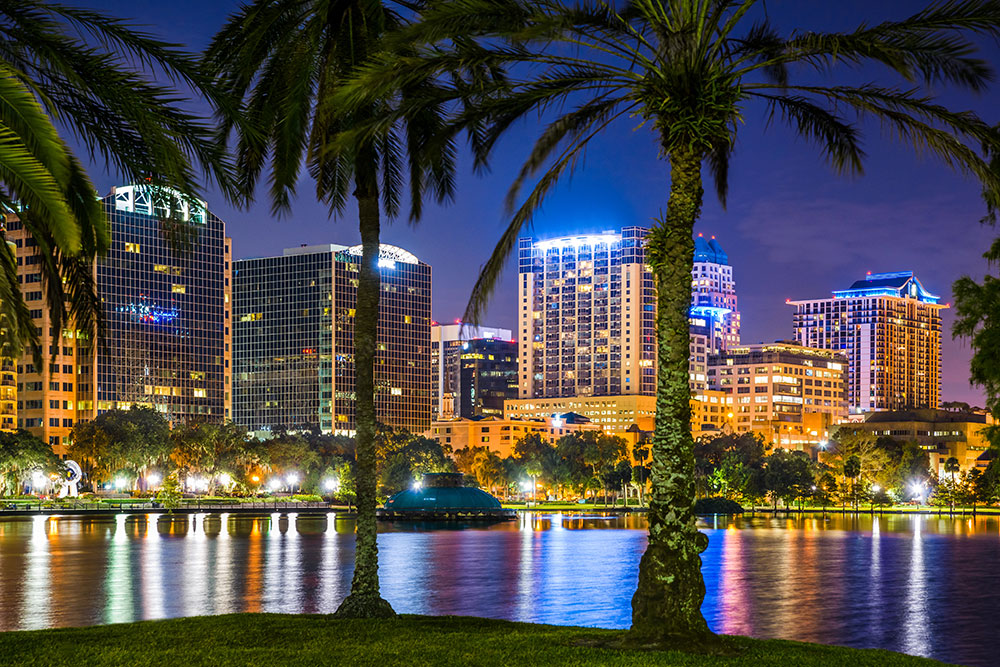 “The House of the Mouse” is so much more than its internationally famous theme parks. This central Florida city is a bustling metropolis in its own right, with high scores in economics for its scorching hot tech scene and a strong demographics score courtesy of both a growing Puerto Rican population and a vibrant LGBTQ community presence.

While rollercoasters and cartoon character meet-and-greets might come to mind first, Orlando boasts a wide range of fun things to do, including a healthy dose of parks, farmers markets, concerts and sporting activities that keep locals busy year-round. The city is also home to a locally sourced food scene that is starting to gain national attention.

Local Obsession: Watching the Orlando Magic blaze up the courts or teeing up at one of the too-many-to-count golf courses in the area

Local Dream Job: A freewheeling gig at a startup tech company or a “cast member” at Disney World

Quintessential Meal: Orlando has a large Puerto Rican population, making mofongo a must-try when you’re there.

Favorite Weekend Activity: Stocking up on fresh veggies and homemade treats at the Winter Park Farmers’ Market before grabbing brunch at a cafe on Park Avenue.

After-Work Meetup Spot: The Courtesy is a craft cocktail bar that offers up unique drinks and even offers cocktail making courses.

Free Way to Have Fun: Head out to Lakeridge Winery and Vineyards where you’ll be treated to a free tour and tasting of their award-winning wines.

Truly Hidden Gem: A writers’ retreat called the Jack Kerouac Project, located in the house where Jack typed the original manuscript for Dharma Bums. It’s not officially open to the public, but if you ask nicely, they just might let you take a peek inside.

Living the Dream: I Work at Disney World

8 Reasons to Move to Orlando

How Orlando Is at the Forefront of the Local Food Movement