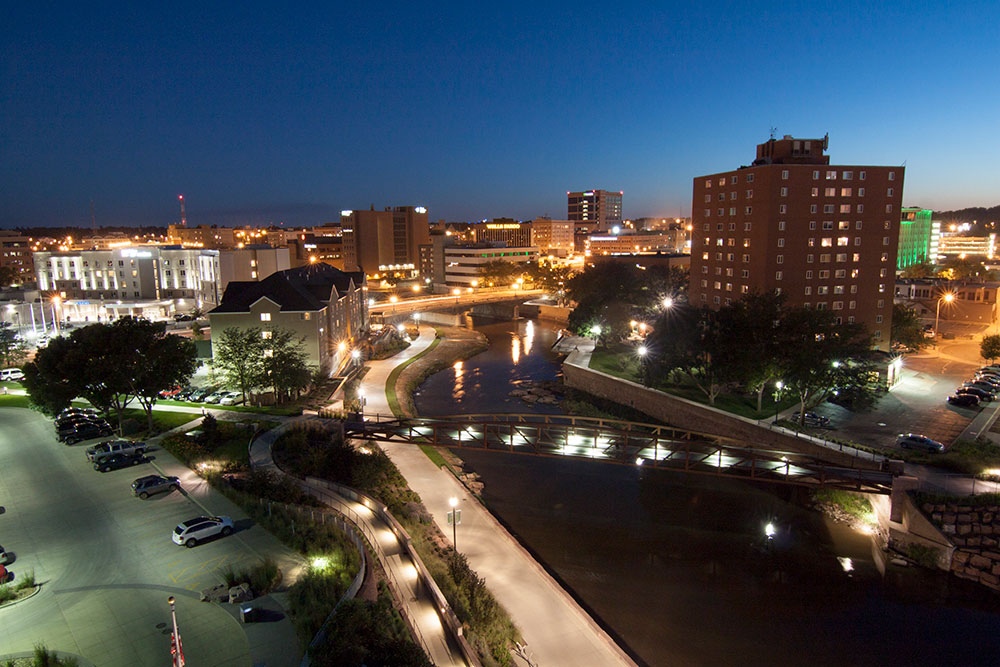 Ask anyone who lives here and you’ll learn that Sioux Falls, has a lot going for it — the people here are ridiculously friendly, it’s clean, it’s safe and it has a strong economy, just to name a few perks.

Home to roughly 180,000 residents, this city in southeastern South Dakota earned high marks for amenities and infrastructure, like an incredible network of bike paths and parks, plus super short commute times (you can get nearly anywhere in town in 15 minutes or less). There’s a culture of outdoor recreation here, as well as a genuine appreciation for arts and culture. The Washington Pavilion, for instance, is home to two performing arts theaters, a science discovery center, a movie theatre and a visual arts center.

Local Obsession: Talking about the weather, because it gets ridiculously cold here and the winters last from November to April.

Favorite Weekend Activity: Caffeinating and catching up with friends at any of the city’s many friendly coffeehouses, including Josiah’s Coffeehouse, Cafe & Bakery and Half Baked.

After-Work Meetup Spot: Taphouse 41, which has a killer happy hour and some of the best burgers in town.

Beloved Bookstore: Zandbroz Variety, a huge store with books, gifts and antiques that’s been in downtown Sioux Falls since 1988.

Free Way To Have Fun: Hit up the Sioux Falls Bike Trails, an impressive bike corridor that circles the city and connects many of the city’s 80 public parks.

These Awesome Cities Have Waterfalls Right in the Middle of Town

The Best Places to Live in South Dakota