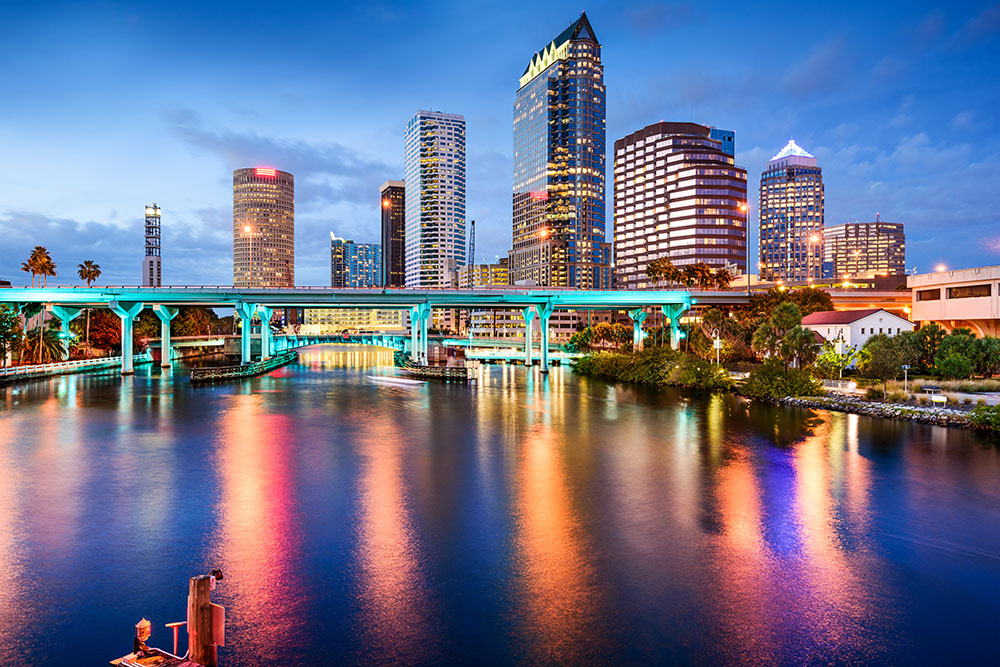 A killer beer scene, superior Cubano sandwiches (just don’t tell Miami we said that) and glittering bay views — what’s not to love? This city-on-the-rise received high ratings in the economics category, which is especially notable due to the fact that Tampa was hit so hard by the recession in 2008. Tampa has made an astonishing comeback, boasting a low unemployment rate and becoming a popular relocation destination for people from other cities in Florida (and beyond).

Tampa also scored high in the amenities category, wide range of cultural activities. Whether it’s popping into a museum for the afternoon or biking through a nature preserve, there’s no shortage of interesting (and affordable) things for Tampa residents to do. The city also has a thriving LGBTQ scene, and its Pride events are not to be missed.

Free Way to Have Fun: Run, walk or bike on the waterfront Bayshore Boulevard — the nation’s largest sidewalk. Or tour the Yuengling Brewery and score some free beer samples. You can also do both and that’d be perfectly acceptable.

Truly Hidden Gem: Wat Thai Temple. Pack a lunch and crack open a book at one of the picnic tables located on the grounds of this ornate local structure. On Sundays, the Temple hosts a free market brimming with authentic Thai dishes and live dance performances.