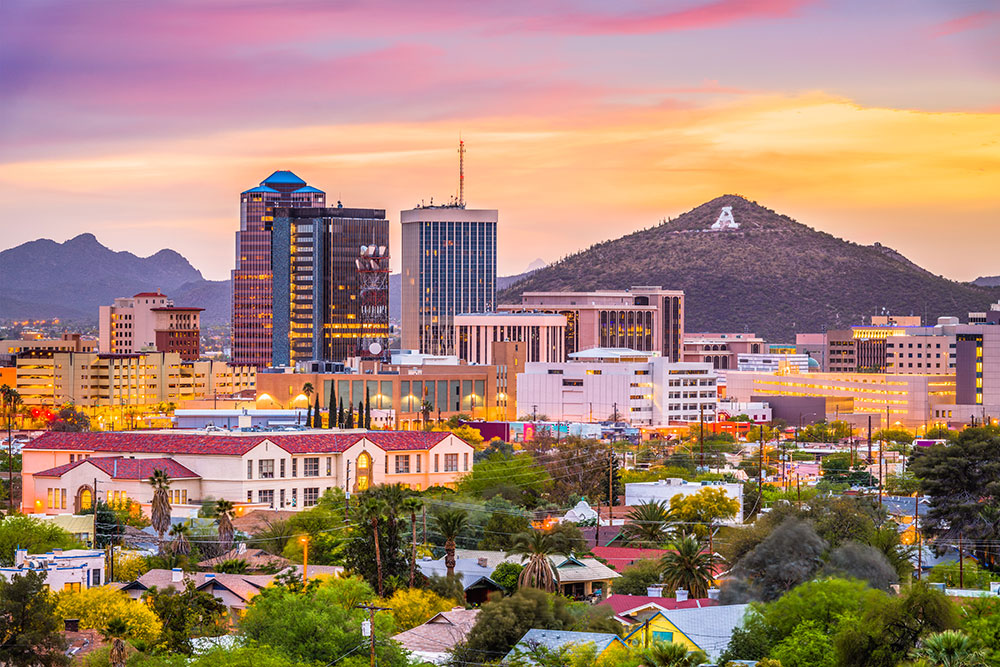 When you picture a dreamy southwest scene, your brain might conjure up an image of Tucson — complete with cacti, canyons, and cliffs. Tucson, or “Old Pueblo” as it is affectionately known, is home to the University of Arizona, and is filled with locals who are passionate about the great outdoors and the natural amenities that are accessible to them. These natural amenities like Tumamoc Hill, Blacklett’s Ridge and Tanque Verde Falls are part of why Tucson has made our list this year — and it’s clear that Tucson loves to take advantage of these opportunities with plenty of hiking, biking and just stopping to enjoy those killer sunsets.

Tucson also ranked on our list because it’s one of the healthiest cities in the country. Why? Its excellent access to outdoor activities as well as its top-notch air quality.

Local Obsession: Other cities may call them “snow cones,” but Tucson’s icy treats are called Raspados, which are Mexican-style snow cones that have fruit and other surprises packed in.

Climate Described in 6 Words Or Less: 286 days of sunshine.

Top Industries and Employers: The top industries in Tucson are education and aerospace and defense. The top employers in the city are the University of Arizona and Raytheon Missile Systems.

Local Dream Job: Nerding out as an Aerospace/Mechanical Engineer for Aerovation, a company that specializes in developing special mission aircraft.

Quintessential Meal: Your life may never be the same after eating a Sonoran hot dog at El Güero Canelo — a hot dog wrapped in bacon and a bolillo (a savory bread), topped with mayo, mustard, beans, onions, tomatoes, and some seriously spicy jalapeno sauce.

Favorite Weekend Activity: Cooling off in the waterfalls in Seven Falls right after a seven-mile hike through the Santa Catalina Mountains north of Tucson.

After-Work Meetup Spot: Nothing makes you feel more alive than a cocktail at Owls Club in downtown Tucson, which is located inside a 1920s (former) funeral home.

Best Local Beer: The Prickly Pear Wheat at Borderlands Brewing, which focuses on sustainability just as much as they do great beer.

Beloved Bookstore: Antigone Books, which appeared on Matador Network’s list of 28 coolest independent bookstores in the US, has full shelves, plus book groups, regular readings and writing workshops for all the aspiring authors out there.

Free Way to Have Fun: Score free admission to the Tucson Museum of Art, which has a wonderful collection of Latin American art, on “First Free Thursdays.”

Going to Arizona? Here are the 8 Best Things to Do.

Tucson is One of the Best Cities for Veterans.