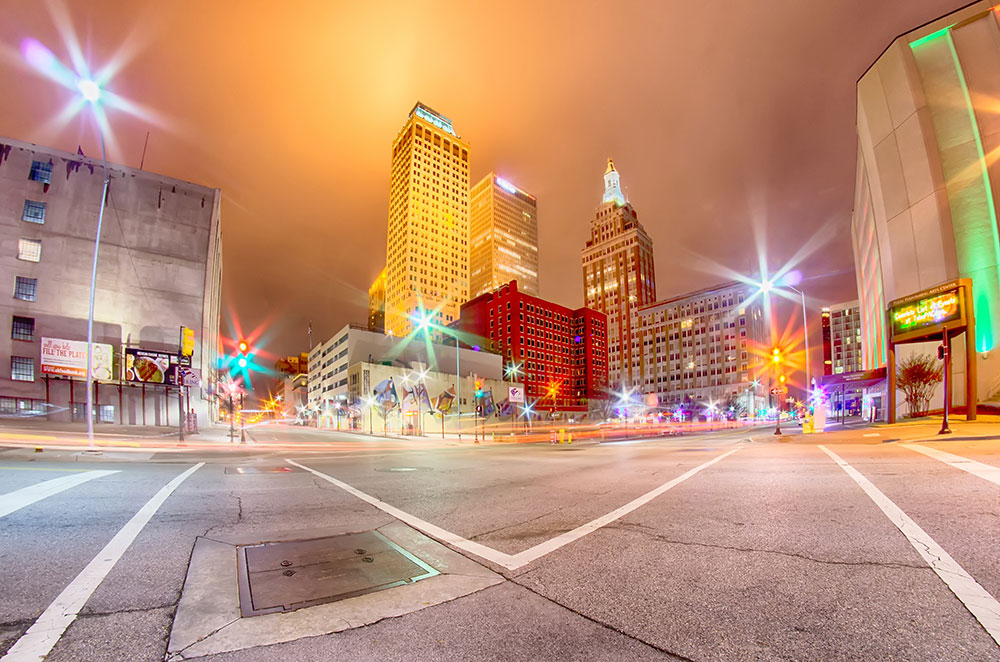 Located in the heart of Oklahoma’s green country, Tulsa is an affordable, under-the-radar cool city that’s home to a historic downtown and an unbelievable arts scene that rivals cities twice its size.

Tulsa earned points on our list for its economy thanks to its low cost of living, which is about eight percent below the national average. But don’t think that because it’s cheap to live here that there’s not much to do. Tulsa also earned high marks for its access to amenities, which includes the newly built imaginative playground called the Gathering Place (named the best new attraction in the country by USA Today), the Woody Guthrie Center, and the world-renowned Philbrook Museum of Art that houses pieces from Georgia O’Keeffe, Pablo Picasso and Kehinde Wiley.

Local Obsession: The music history at Cain’s Ballroom (Sid Vicious himself punched a hole in the venue’s wall during their infamous 1978 U.S. tour)

Top Industries and Employers: The top industries in Tulsa are aerospace engineering and energy. The top employers are the American Airlines Maintenance and Engineering Center, ONEOK and QuikTrip (please, take a minute to ask a Tulsan how they feel about their favorite convenience store/after-school hang).

Local Dream Job: A museum curator at the future Bob Dylan Center (set to open in 2021)

Quintessential Meal: A whopping plate of chicken fried steak at The Brothers Houligan

Favorite Weekend Activity: Going to the Gathering Place with the fam, seriously it might be the coolest park in the country.

Best Brewery: One of the original craft breweries in Oklahoma, Marshall Brewing Company is committed to quality beers — and doesn’t accept anything less than 100% delicious.

Free Way to Have Fun: Grab your dog or your friend for an afternoon of fun at the Turkey Mountain Urban Wilderness Area, a 300-acre area of undeveloped land right near downtown

Truly Hidden Gem: Touring the underground tunnels in downtown Tulsa with the Tulsa Foundation for Architecture

This Midwestern City is Home to the Coolest Park in America

7 Quirky Things to Do in Oklahoma