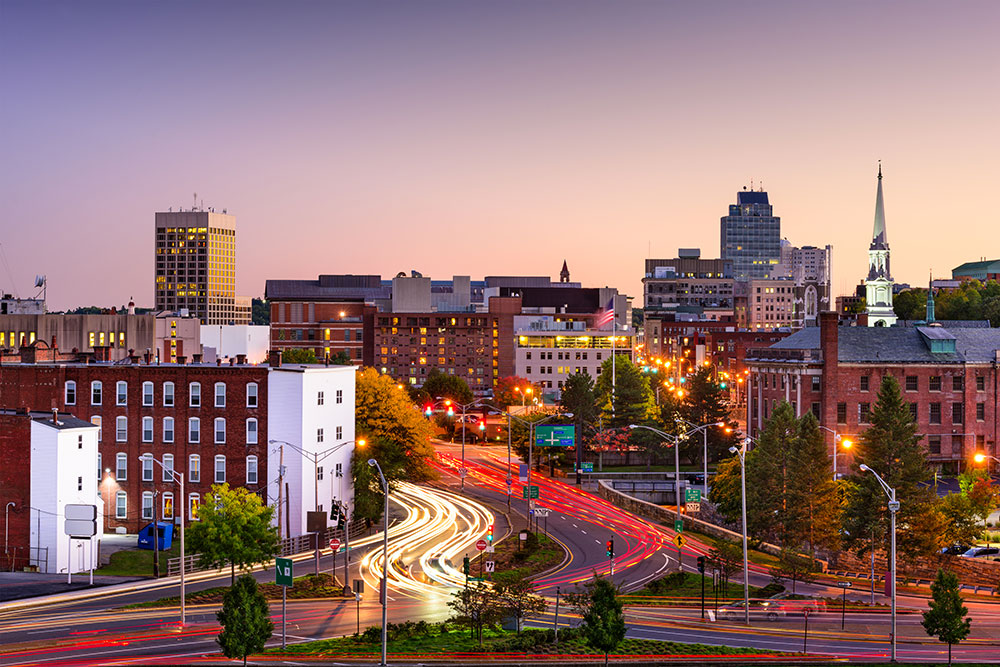 Worcester is less than an hour from Boston by car or train, but the cost of living is a world away: here you’ll find rent prices nearly $1,000 less than Boston, and a median home value less than $250,000, which is nearly unheard of in this area.

But don’t think Worcester is just another suburb — this beautiful, historic city has a personality and charm all its own. Worcester received high marks in the amenities category thanks to an abundance of fun things to do, including a fabulous art and theater scene, parks, local boutiques, music venues and even a charming and delicious Little Italy on Shrewsbury Street.

Favorite Weekend Activity: Weekends in Worcester are best spent in the Canal District. Park the car, pick up your produce for the week at The Canal District Farmers Market and get some locally raised meat at Stillman’s. Poke around for gifts and antiques at Crompton Collective, and get a new outfit at Haberdash. Before you leave, pop into The Queen’s Cups for some dessert.

After-Work Meetup Spot: The outdoor patio of The Dive Bar

Free Way to Have Fun: Self-guided tour of all the Pow! Wow! Murals