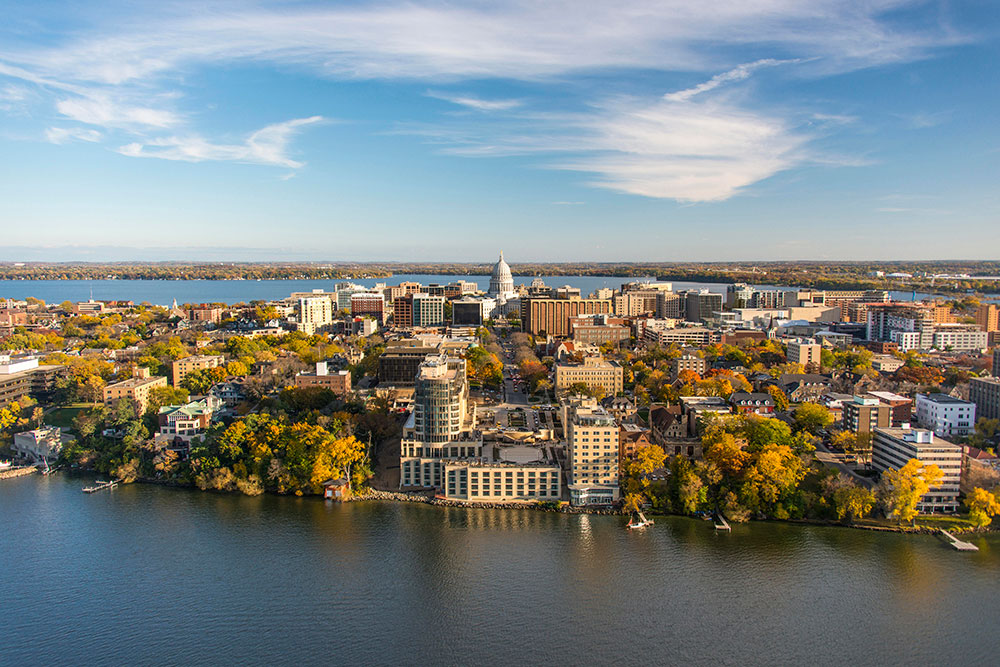 Madison is a town that defies definition. It’s a sports-crazy college town, but also the staid seat of state government. It’s a great place for millennials and recent grads, with a high employment rate, but also rated among the best places in the country to retire. It’s an active urban city with a spectacular food scene that runs the gamut from stellar cheap eats to award-winning fine dining, and it’s an outdoor paradise surrounded by lakes and public land. Full of contradictions, Madison is many things to many people and that’s what makes it a great place to live.

Top Industries and Employers: Madison’s economy is based in healthcare, from direct patient contact at UW Hospitals and Meriter and Dean Healthcare to healthcare technology at Epic. American Family Insurance, government, and the University of Wisconsin are also large employers.

Best Coffee Shop: Finca Coffee flies their beans in directly from the source twice a month. They use a Thai cold brew system and have local chocolate for their mochas.

Best Local Beer/Brewery: Delta Beer Lab is new and small, but has quickly carved out a niche in the busy Madison brewery scene.

Creative Hub: You’ll always find fun and funky folks along Willy Street, but the Cap East area is full of makers, artists and musicians as the formerly industrial part of town has been rejuvenated and become a creative space.

Favorite Weekend Activity: Cheering on the Badgers. A standard Saturday starts with Stella’s Hot and Spicy Cheese Bread at the Dane County Farmers Market and moves on to cheering for not just football or basketball, but also women’s volleyball and hockey, as well as the world class track and cross country and swimming teams.

Free Way to Have Fun: Henry Vilas Zoo or the UW Arboretum

Local Dream Job: Cheesemonger at Fromagination, an iconic shop that has one of the biggest selections of Wisconsin cheeses anywhere.

Read More:
We Asked 10 Creative People Who Left LA What Their Lives (And Rents) Are Like Now
9 Cheese Experiences You Need to Have in Wisconsin
Why College Towns Usually Rebound Quickly (And 5 Great Ones to Check Out)