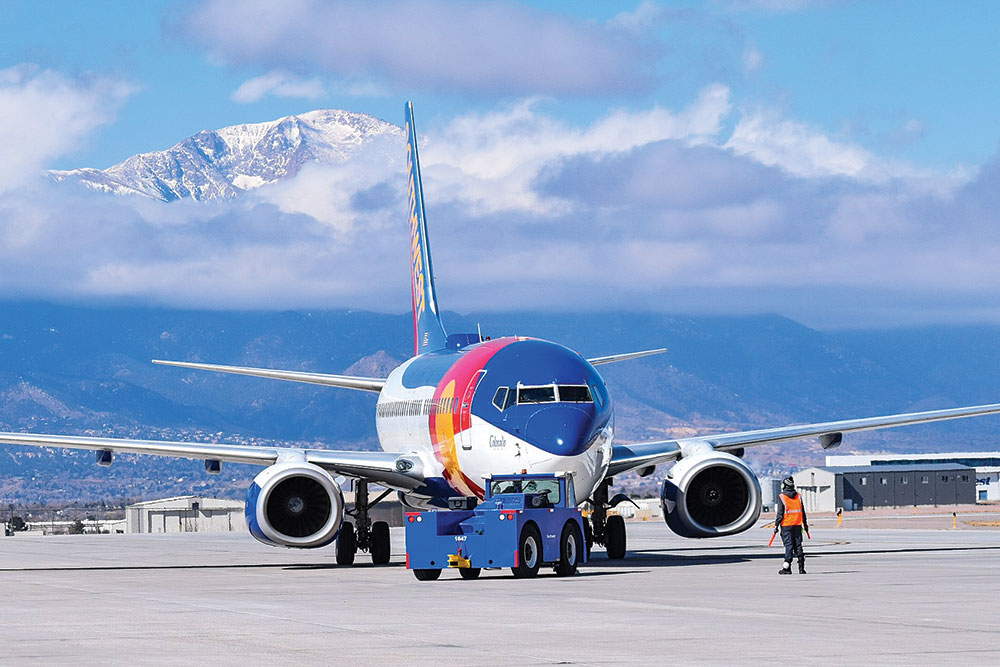 Colorado Springs Airport is the second-busiest commercial service airport in the state, drawing people from Pueblo, Colorado Springs, Castle Rock and many surrounding areas. Yet, COS remains small enough to provide passengers with many advantages that larger airports can’t offer.

In fact, COS is proud of its moniker: “Colorado’s Small Airport.” The airport is big enough to offer multiple, nonstop commercial flights like larger airports but small enough to be easy and friendly. Other advantages include low-cost convenient parking and an effortless stroll to its 12 departure gates.

“When it comes to airports, small is great. It means short lines and short waits,” says COS Director of Aviation Greg Phillips. “More importantly, it means an atmosphere that’s comfortable and inviting.”

Phillips adds that besides commercial flights, the Colorado Springs Airport serves general aviation pilots as well as the military – including Peterson Air Force Base and Peterson Air & Space Museum.

Also on the COS grounds is a 900-acre Peak Innovation Park that has several available shovel-ready sites and already has tenants such as Amazon, Aerospace and Northrop Grumman. Two new hotels are also slated to be built at the park.

“If you’re ready to fly, I invite you to ease back into things at our airport,” Phillips says. “Given our competitive fares and convenient location, you can see why COS is the best choice.” 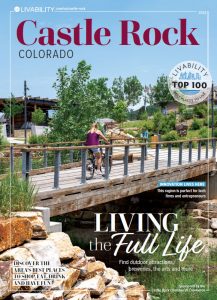 This digital edition of the Livability Castle Rock Magazine is sponsored by Intermountain Rural Electric Association.