Amazon's #HQ2 project asks cities to prioritize things like bike lanes, mass transit and recreational opportunities. Why wait for Amazon to get started? 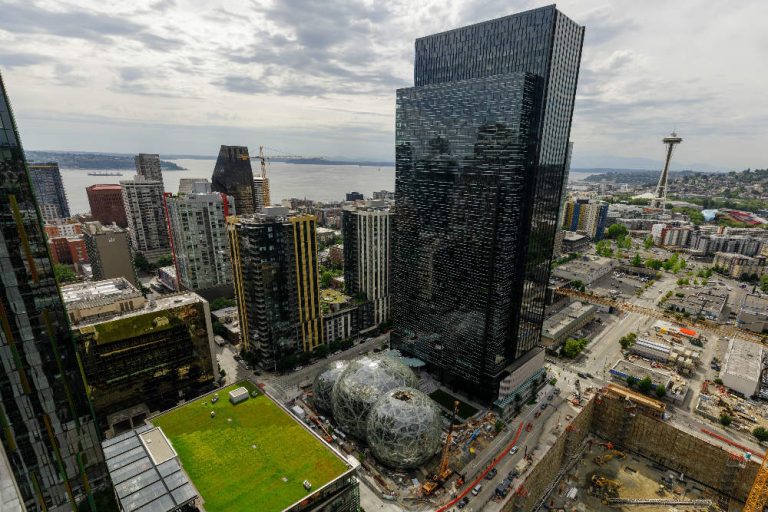 Seattle is synonymous with many things — Starbucks, the Space Needle, the birth of grunge, and the massive headquarters of Amazon.com among them. Soon, a second city in the United States may can lay claim to Amazon as a home base as well. Last month, the $430 billion dollar company announced it seeks to open a second headquarters somewhere in North America.

As the New York Times reports, the project, called HQ2, has the potential to bring thousands of jobs to an area — as many as 50,000 in the new location — and $5 billion in construction investment.

So far, 238 cities have thrown their hat in the ring.

Clearly, the prospect of an Amazon headquarters is too exciting to pass up. Any place in the U.S. and Canadian provinces can apply, and cities big and small have launched enthusiastic bids to be considered.

However, Amazon set forth specific criteria it desires for HQ2’s host city, and their requests are particularly illuminating.

Many of the places that meet this criteria aren’t just attractive to Amazon, but to anyone who is looking for a great community to live and work. In fact, on our 2017 Best Places To Live list, Livability ranked 2,000 cities on 40 criteria — many of which are perfectly aligned with Amazon’s wish list.

For example, Rochester, Minnesota, was deemed the best place to live in the U.S. — for the second year in a row, in fact! Livability celebrated its affordable housing as a factor making it a noteworthy place to live. The presence of the Mayo Clinic, an internationally renowned medical practice, indicates a high level of education the community and has created thousands of new jobs. The city has prioritized cultural events and nurtured a creative community as well.

Iowa City, Iowa earned the number two spot from Livability with the distinction that it’s a “college town atmosphere with big city cultural events.” The University of Iowa and their hospitals and prestigious Writers’ Workshop put the city on the map, so to speak, and helped Iowa City rise to the top of other “best of” lists like Best Cities For Affordable Health Care and Best Cities For Book Lovers.

Farther north, Ann Arbor, Michigan ranks number three on Livability’s list and it also happens to be a college town. The city already has a growing tech community, which may appeal to Amazon, as well as several hospitals. One asset for Ann Arbor may be the 40,000-plus college students attending the University of Michigan, with beloved football and basketball teams that bring recreational activities and strong sense of community to the area.

These are only three examples of Livability’s top 100 options.

Even if an Amazon headquarters isn’t in the cards, any city would do well to study their wish list and prioritize accordingly: investment in mass transit, bike lanes, recreational opportunities, diversity and cultural activities will pay off for current and potential residents.

And who knows, down the line, it might help your chances of landing a big corporate headquarters.