Skip to content
Home > FL > Okaloosa Island > Love Where You Live > What Is the Future of Senior Living?

What Is the Future of Senior Living? 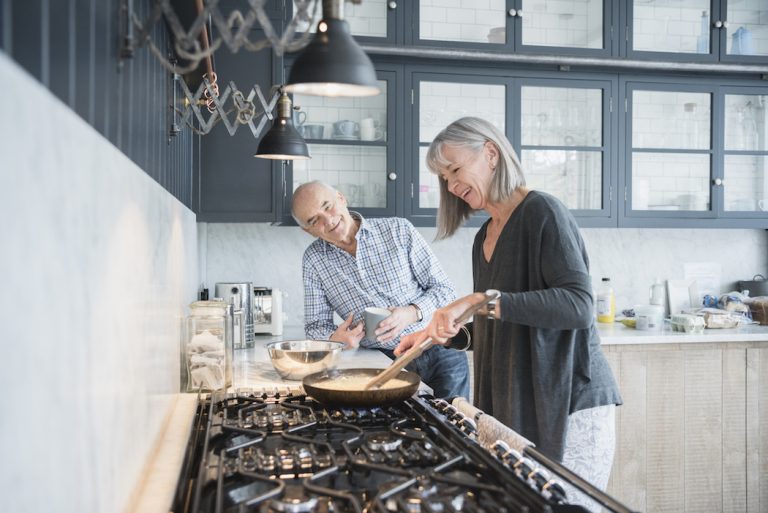 As more and more Baby Boomers hurtle headfirst into retirement, they are bringing with them the desire for amenities to which they have grown accustomed.

So much for the shuffleboard court.

“People don’t want to come for meatloaf and mashed potatoes and sit around,” said Beth Baker, author of the book With a Little Help from Our Friends–Creating Community as We Grow Older. “They want a café, they want to have Wi-Fi, they want to have really cool, interesting, challenging programs of all sorts.”

So How Do You Decide Where to Retire?

As with any movement from one aspect of life to the next, Baker said that it is natural for retirees and senior citizens to want to maintain some parts of their lifestyle to which they have grown accustomed.

“I think walkability – and having some place to walk to, a destination – is going to be so much more important,” Baker said. “I’m hearing it all the time. The traditional retirement community, they’ve been built  on the outskirts of town because land is cheaper, and then you still have a car, or be restricted to a little shuttle bus that a lot of these communities provide, or family and friends to give you a ride. I think that model is not going to be as appealing in the future.”

“We found that people age 50+ are generally in agreement that their community priorities include public safety and good schools,” said Jana Lynott, AARP Senior Policy Advisor, Livable Communities, PPI  (Public Policy Institute).” ‘Make streets pedestrian-friendly’ was number three out of a list of eight local investments we had respondents prioritize. Forty percent of respondents said their neighborhoods were not pedestrian friendly.”

“AARP has put a fair amount of muscle supporting the adoption and implementation of complete streets policies, which are official commitments to design our streets for all ages, abilities and choice of travel — walking, bicycling, transit, and driving.”

As such, many newer developments have a village feel to them, with features like a town square, restaurants, fitness centers and community programs.

View Some of the Most Desired Retirement Communities

The largest scale example of that is The Villages in central Florida, which calls itself the “premier active adult community,” and is so large – an estimated population of about 157,000 – that  it has its own ZIP code and thriving daily newspaper.

“I know that people who move there, from what I hear, love it,” Baker said. “But, I don’t think that for a lot of us, that will be appealing, to segregate yourself into a community – where you do have loads of fun and I’m sure people there help each other out and all that – but I can tell you that surveys show that most people want to live in multi-generational communities.”

Many communities that cater to seniors have multiple living areas, depending on needs. The Classic at Hillcrest Greens, built on the site of a former golf course in the western Wisconsin community of Altoona, has three living options – independent living in apartments with full kitchens;  assisted living, which includes housekeeping, linen changes and three meals per day; and memory care for those dealing with Alzheimer’s or dementia.

Among the amenities advertised are a bistro, restaurant, yoga and fitness studio, game room, general store, library and lounge, and a salon.

If You Want to Live Longer, Move Here

Another trend in senior living is what Baker calls co-housing.

“It’s where people build from the ground up, a community, and it’s made up of condos or sometimes they’re cooperatives, and each person has their individual unit, but they have generous common spaces where they can have dinner once a week and community gardens,” she said. “This whole village model of neighbors helping neighbors has really taken off. … not being able to move our garbage can to the curb shouldn’t be the reason to move to a retirement community.”

As with any generation, seniors often gravitate toward those with similar interests or lifestyles, Baker said, such as sexual orientation, artistic endeavors or religion.

While the future physical structures may change, along with their accompanying amenities, a large number of seniors prefer to remain in their own homes, a situation which AARP has studied extensively.

“Please keep in mind that a small percentage of retirees actually move,” Lynott said. “In fact, those ages 65-74 are the least likely to have moved in the year prior compared with any other age group. That is in part because people develop strong ties to friends and support networks in their communities. Eighty-eight percent of boomers and 92 percent of war babies and the silent generation are satisfied with their current community. It is also because moving may not be an economically viable option.”

Should You Retire in a New City or Stay Where You Are?

“If you look at the migration rates for people age 55 and over, in general migration is much lower even though there is all this literature and focus on retirees,” Frey said. “Retirees have much lower rates of migration than young people. In the last year, 4.3 percent of age 55 and over moved anywhere, that includes moving across the hall in an apartment.”

“The other thing, is the older population is not trying to buy a house, they’re trying to sell a house,” Frey said. “And, they’re not so concerned about finding a job. The cost of living is kind of important to some degree, but that doesn’t mean you have to find a job, which is a big deal among young people. So, they can go to places where there isn’t big job growth, but that maybe have more amenities.”

Baker said that knowing what you want in terms of senior living accommodations, along with thorough research, is more important than technological advances or physical structure.

“If we have in place in our lives, wherever we chose to live, if we’re in our 60s or 70s, and we think about, ‘how do I want to live out the next chapter or chapters, what do I need around, what do I want around me?’ and be intentional about having that, then you will be much more likely to age in your community without being isolated,” Baker said.

“But you have to be intentional. You can’t just pretend like it will all fall into place. It won’t, unless you’re really lucky.”