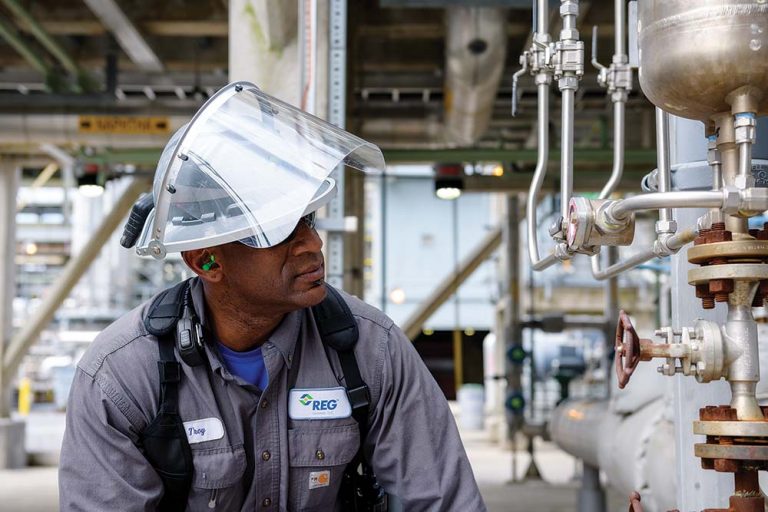 Ames, Iowa-based clean fuels company Renewable Energy Group (REG) is on the cutting edge of sustainable energy production, something the company credits to having a passionate and diverse team.

“We’re right here, right now, making a difference with a product,” says Cynthia (CJ) Warner, President and CEO at REG. “While part of our success is being in the right place at the right time, we also credit our team with being the best in the business — we are people who are passionate about doing something to benefit the planet and having a positive impact.”

While the energy industry has traditionally been dominated by white males, Renewable Energy Group has made concerted efforts to diversify its workforce by creating and implementing a diversity and inclusion initiative. CJ Warner, whose 35-year career has included leadership roles in the global energy industry, took the helm in 2019.

“We realized that we needed diversity to develop the company — having the best talent has been great for our growth as a company,” said Trisha Conley, Senior Vice President, People Development. “Having a female CEO has been a great experience for us, too — women in the energy industry have faced many challenges along the way, and that experience has brought a lot of insight to the table.”

REG’s initiative has helped build the type of multiplicity needed to scale up the growth it anticipates as a leading producer of biofuels — fuels made with plants or animal byproducts.

“We are people who are passionate about doing something to benefit the planet and have a positive impact.”

Having a dialogue among groups of women, Blacks and people of color to understand the challenges they face as energy engineers has helped the company make policy changes and get visibility within the industry to attract exceptional talent.

Most of all, though, REG is living out its values as a company. The success of its diversity council is impacting things on a small scale within the workplace, as well as things on a larger scale.

“Manchester United approached us about partnering to improve the eco-friendliness and sustainability of their day-to-day operations,” Warner explains. “We’re looking forward to bringing cleaner, renewable fuel options to a global audience.”

How One Iowa Company is Creating a Cleaner World