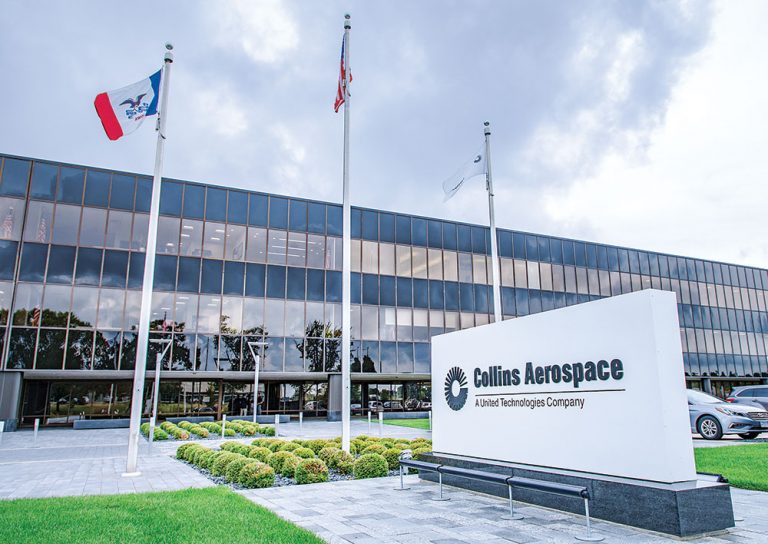 Take a quick peek at Collins Aerospace, and you’ll soon realize that it strikes the perfect balance of contrast. For one, it’s a global technology giant that was not only born in Cedar Rapids and raised in a laidback Midwestern culture but is at home here. And two, it’s a company that has made history for nearly 100 years, but its vision and heart are firmly set on the future.

“Even though Cedar Rapids is a small-to-midsize town, relatively speaking, that’s part of Collins’ charm, with regard to the livability of the community. That sounds old-fashioned, but values like friendliness, a strong work ethic and family are still in place here, where aeronautical engineers are about as common as haystacks.”

Along the way, it collected a mind-bending array of accomplishments: radio communication with Admiral Byrd’s mission to the South Pole, the communications system that brought us “That’s one small step for man, one giant leap for mankind” from the moon, the propeller for Amelia Earhart’s flight across the Atlantic – this list goes on and on.

Globally, Collins Aerospace has 300 locations on seven continents and employs 68,000 people. And the scope of its research, design, production and support is wide. Here are just a few categories in which the Cedar Rapids company is involved.

Collins designs and manufactures numerous components and systems for commercial aircraft, literally from nose to tail. Board nearly any commercial airliner, and you’ll likely touch, see or experience Collins. Think aircraft doors, landing and lighting systems, the seats inside the plane, the lavatories and the galleys from which soft drinks and snack bags are served. The Connected Cabin from Collins provides the plane-to-ground communication you use to text the office or shop duty-free from your phone.

“At Collins, the sky’s the limit,” Dick says. “We do it all, from raw material to research and development to construction to training to customer support.”

Looking for a new place to call home? Here’s why you should consider relocating to this Midwestern gem in Iowa.

You Can Have It All in Cedar Rapids, IA

A long list of assets means everyone can live their best life here in this charming city in eastern Iowa.

Collins has partnered with the United States Army for a century and with the U.S. Navy for more than 50 years. Their products are found in fighter planes, helicopters, missile systems, submarines and more. Its Future Vertical Lift initiative is developing state-of-the-art helicopters for military use.

Thanks to exciting recent developments, such as the growth of space tourism, space is once again on everybody’s lips, or at least their TV screens. And where space is, Collins is there, too. The company has been providing equipment and support systems since virtually the beginning of space exploration, and now, it is supplying Environmental Control and Life Support Systems for today’s new space explorers.

“It’s a very exciting time, as we look forward to returning to the moon and exploring Mars, and there is a lot to do,” says Rachel Schwartz, space systems project engineer. “We provide the things you need to live in space, from breathing to hydrating to eliminating.”

Cedar Rapids: The Lip Balm Capital of the World

Beyond this booming segment lies an incredible entrepreneurial spirit where startups enjoy success, thanks to stellar community support.

While you might think Collins’ work would stop at space, it just keeps going. It supplies avionics, flight navigation systems, communications systems, imaging and autopilot systems, situational awareness solutions, helicopter parts and much more for both civil and military operations. Plus, the company’s technology and support aid rail, marine and government industries, and their command-and-control solutions protect most of the country’s nuclear facilities. It’s a company that continues to diversify its offerings, and it’s making waves throughout the community and the world.

5 Fun Things To Do in Cedar Rapids, IA

If you consider yourself a Cedar Rapids newbie (or just visiting for the weekend!), we have the must-do list for you to complete. 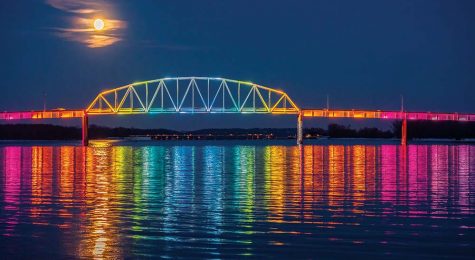