Looking for a Community College in Cedar Rapids, IA? 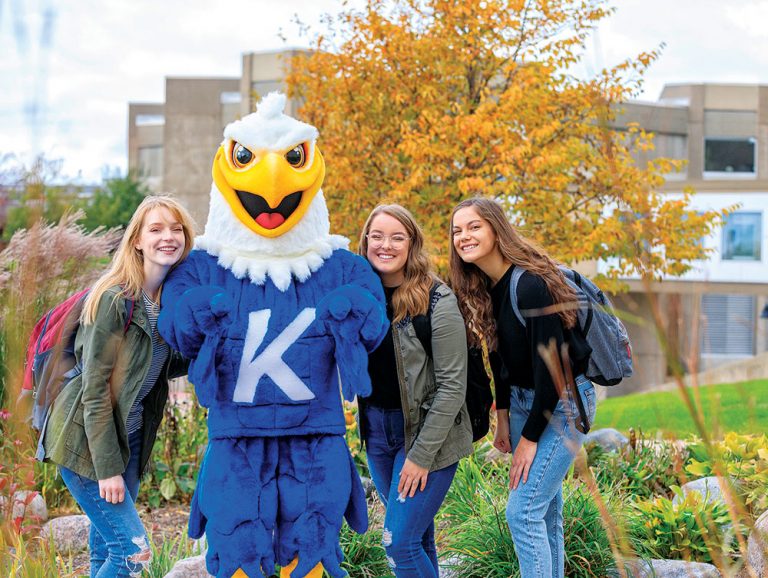 Cedar Rapids’ economy remains on the up and up, thanks to its foundation of skilled, job-ready employees. Who is largely behind developing this sturdy base, you might ask – Kirkwood Community College, and its numerous programs designed to prepare individuals for employment.

No matter where one is when it comes to employment – whether still in high school, a workforce veteran or somewhere in between – this community college in Cedar Rapids offers diverse courses and programs that can help anyone continue their education, sharpen their skills or advance in their career.

Bo Black, an estimator for Rinderknecht Associates, participated in the college’s Career Academies program, which offers high school juniors and seniors courses focused on specific careers or areas of interest. The credits earned count toward the student’s high school diploma and a future college degree.

“The first reason I decided to take a career academy was to knock out college credits while also fulfilling high school-required classes. After the first year of taking the Liberal Arts Academy, I realized that was not for me. So, my senior year, I decided to give the Architecture, Construction & Engineering (ACE) Academy a try because it sounded like something I could be interested in,” Black says. “Those classes really gave me an idea of what college core curriculum looks like, helped me become more prepared for what was to come and helped me choose a career path. Five years later, I now have a career in this industry as a construction estimator for a large commercial general contractor in the area.”

A Community College for All

To help adults who need to sharpen their skills, Kirkwood offers a number of certificate programs. Richard Casey was unemployed when he enrolled in the Certified Logistics Technician program. He’s one example of someone who has benefited from earning a certificate through the school.

“I had seen a job posting for a company I was interested in and was about to apply when, by chance, I received an email from workforce development about the certificate program. At the bottom of that email, it showed the sponsors of the Certified Logistics Technician certificate, and one of the companies was the company I was interested in working for,” Casey says. “Though I already had plenty of experience prior to receiving the certificate, I still learned a few things and got a few credentials and education in things I didn’t have before.”

With approximately 16,000 students, Cedar Rapids Community School District (CRCSD) is the second-largest school system in Iowa, and it continues to see growth. In fact, the district plans to add as many as 10 new schools over the next 10 to 15 years. Superintendent Noreen Bush says the district’s mission is to ensure every student is future-ready by graduation. Bush says the district also prioritizes early learning and childhood care.

As for adults looking to obtain a high school education, Kirkwood has options for them, as well – the Adult High School Diploma or High School Equivalency Diploma programs.

Chris King, a recent graduate of the college’s High School Equivalency program, says this accomplishment has had a major impact on his career — even though getting his degree had not been top of mind.

“I wasn’t even thinking about going back to school, but then one day, it just hit me, and a light went off that I could be doing so much more if I had my degree. So, I started researching programs, and Kirkwood was at the top of the list.”

King says he was nervous to start because “it had been over 20 years since I was in school,” but the faculty and staff at Kirkwood quickly put his mind at ease.

“It was super easy to get started, and I got a lot of good feedback about how the program worked and the steps I needed to take,” he says. “I talked with most of the teachers just to let them know that I was really nervous because I felt like I wasn’t good enough. For years, I went through life thinking I’m not good enough, and I can’t do it. It’s too hard. But my teachers told me I could do it, and they encouraged me to believe in myself, and they wouldn’t let me give up.”

Enjoy that bowl of cereal this morning? There’s a good chance it came from this city in Iowa (along with other delicious treats you love!) 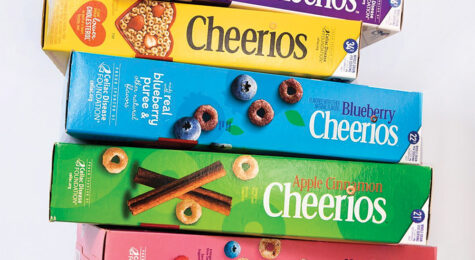