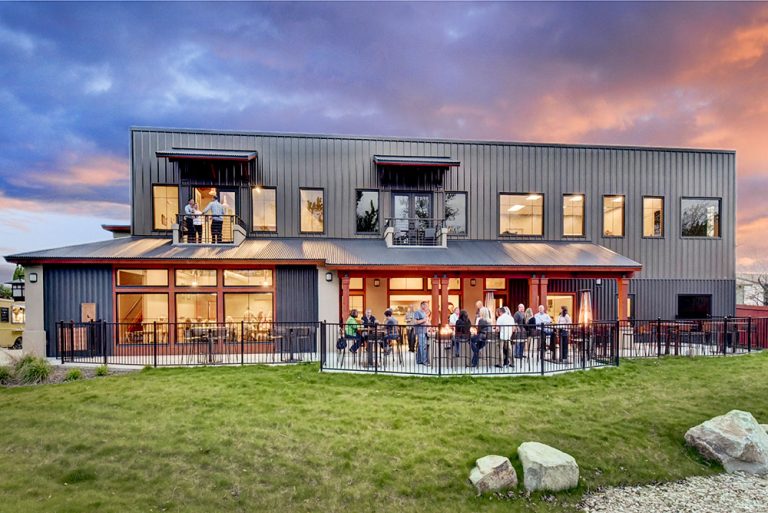 Boise’s selection of craft beer, wine and spirits is as diverse as it is delicious. From wineries and breweries to booze-infused ice cream and even the nation’s first restaurant/distillery, you can find it in the Gem State’s vibrant capital city. We’ve gathered a sampling of seven local stops for you to sip and savor.

While Cinder Wines offers classics like chardonnay and rosÃ©, don’t miss their Small Lot Series, which allows owner/winemaker Melanie Krause and her team the chance to boldly experiment with new varietals and blends. In her winemaker’s notes for their 2018 Small Lot Tinto Seco Portuguese Red, Krause explains,  “Exploration is a cornerstone of our Small Lot Series … this version is a dry wine with bold textures, wild plum aromas and savory spice flavors. Maybe if we like it enough, we’ll plant some in the Snake River Valley. Here’s to envisioning the future!”

Payette’s website describes its brewers as “passionate, rebellious beer pioneersâ€ so it’s no surprise that their locally produced craft beers tend to break the mold (in the best possible way). From year-round offerings like their Embers Raspberry Vanilla Porter, to sour ales like their Guava & Hibiscus Sour Ale to basically everything in their small batch collection (such as their canned Stroopwafel Wheat Wine) it’s fair to say Payette is a tasty true original.

Earl Sullivan, owner and winemaker at Telaya Wine, recommends the Turas, which is Irish for “journeyâ€. “It is our flagship blend, made from the best of the vintage every year. It is always syrah-based and always from Idaho fruit,â€ he explains.

This ice cream and gelato bistro focuses on local flavors and inventive creations. The Stil’s booze-infused favorites put the buzz in buzzworthy, like the honey-bourbon flavored Ed & Carl Take Reno or the coffee and porter combo The Mullet.

White Dog Brewing Company is a downtown Boise fan favorite brews up a range of fairly classic beers in cans and on tap, from IPAs to Pale Ales, with the occasional twist, like their refreshing Blackberry Sour.

Bardenay Restaurant and Distillery is the nation’s first restaurant-distillery, located in the heart of Boise, offers the rare chance to enjoy a craft liquor or handcrafted cocktail that was made in-house, like their cheekily-named Basil Instinct, served on ice with Bardenay Gin, or keep things simple (with a twist) with a Bardenay Lemon Vodka and soda on the rocks.