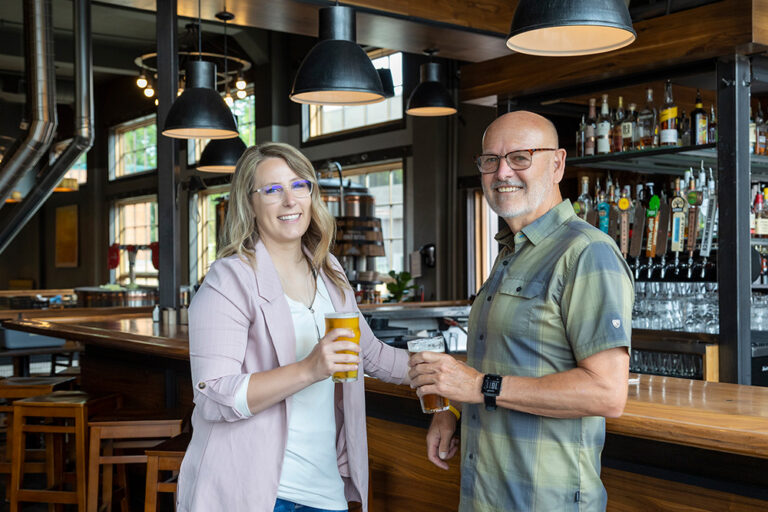 In the early 2000s, real estate broker and developer Fran Florence started working to drum up support for a “renaissance” of downtown Twin Falls, Idaho.

But the timing just wasn’t right. So, he focused his efforts a few miles away with Elevation 486, as the culinary centerpiece of a multibuilding, mixed-use development on the rim of the scenic Snake River Canyon.

But Florence, the founding member of Westerra Real Estate Group and its commercial division, Westcom, had grown up just blocks from Main Street in Twin Falls and couldn’t stop thinking about his hopes for a downtown rebirth.

By now, a few shops and restaurants had opened there and the high-tech agricultural industry and new manufacturing plants were attracting young, educated employees “who need a cultural and social vibe to go along with the access to the great outdoors that our community offers,” Florence says.

This time, the city leaders were convinced that “the timing was right to go bold.”

First came a new City Hall in a former department store and updated infrastructure on Main Street, then a mixed-use building with a trendy brew pub on the ground floor of the former Historic Elks Lodge and a nearby commons area for public events.

Florence brought city leaders, the Urban Renewal Agency, anchor tenant and developer to the table for construction of a new, six-story multi-use development, including 44 residential apartments.

Pat Lewis, a Twin Falls native and founder of KRS, an international software company serving the convenience, petroleum and restaurant industries, is moving his 20-year-old business and 100 employees into the new six-story building.

“I loved the dichotomy of a tech company focused on the future making its home in the oldest part of the city,” Lewis says. “Fran’s vision of getting more people working and living downtown has been amazing to see come to fruition.”

“Any strong, growing community needs a vibrant downtown core,” Florence says. “The future is bright for Twin Falls because we see energy coming back into downtown.”