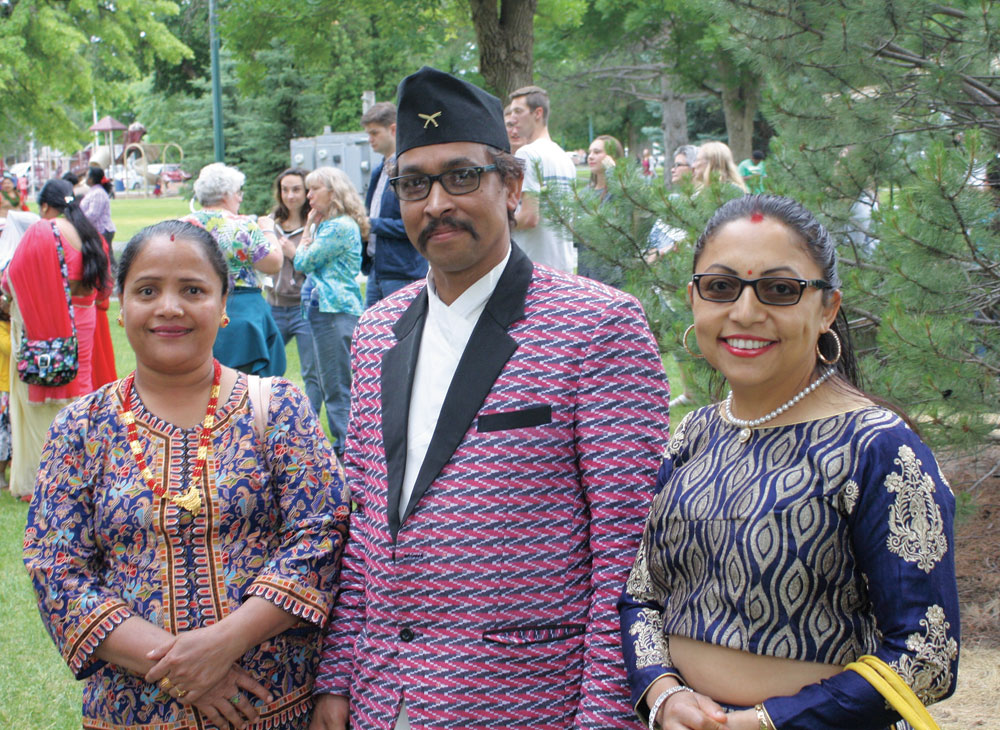 It’s in the nature of Southern Idahoans to welcome newcomers and share details about great restaurants, favorite places to kayak and other insider tips. Now that Idaho is the fastest-growing state in the nation, residents are finding a balance between welcoming newcomers and jokingly not letting the secret get out about how fabulous it is to live here.

“I hear newcomers say all the time that they are surprised at how welcoming we are,â€ says Shawn Barigar, a fifth-generation native of the area and president and CEO of the Twin Falls Area Chamber of Commerce. “It’s our Western hospitality.â€

That warm hospitality isn’t the only reason why Idaho has become so popular and is the second-fastest growing state for home construction. Southern Idaho is relatively affordable and there are efforts to increase affordable housing throughout the region. Residents can get a big bang for their buck in terms of cost-of-living versus quality of life, and wages are increasing – 2017 brought a 5.3 percent increase in annual wages and salaries compared to 3.1 percent nationally.

Perhaps one of the biggest draws is that Southern Idaho has a greater cultural diversity than one might expect and people of all ages are finding their niches here. Retirees enjoy many programs for seniors, and companies are known for hiring retirees, such as C3 (CustomerContactChannels) in Twin Falls, a call center outsourcing business.

The Idaho Dairymen’s Association frequently showcases foreign-born dairy workers and their importance to the industry – the Magic Valley is home to 74 percent of Idaho’s on-farm dairy jobs, reports a 2016 McClure Center for Public Policy Research study.

The College of Southern Idaho is home to the Refugee Center, a program that offers newly arriving refugees resettlement services such as English language training, employment counseling and placement with local employers. Each June, the Magic Valley Refugee Day invites the community to learn about the customs and traditions of local refugees.

There are many other events and programs in Southern Idaho that reflect its inclusivity and cherish the heritage of its residents. The Magic Valley Folk Festival in Mini Cassia celebrates culture through music and dance at the week-long event that includes 200 guest performers from about 10 nations each year. The Gooding Basque Festival celebrates the food and traditions of the people from this European region who settled in Southern Idaho in the late 1800s and early 1900s.

The Minidoka National Historic Site teaches about the camp outside Twin Falls where more than 13,000 people of Japanese ancestry were incarcerated during World War II. Former internees and their descendants and friends from throughout the country make summer pilgrimages to the former Minidoka Internment Camp for presentations, tours and story-sharing.

CSI’s Fine Arts Center has been the cultural hub of Twin Falls and the Magic Valley for more than 40 years, hosting thousands of performances and conferences in that time. Each year CSI offers Arts on Tour, a performance series that “brings some of the world’s best performers right to your doorstep.

“Businesses looking to locate, recruit and maintain talent look at the low cost of doing business and also know how important it is to invest in a lifestyle because that’s important to their employees,â€ Barigar says. “The area is big enough to have all these cultural events and quick access to outdoor recreation, but small enough that you can easily get from place to place.â€

Mike Ramsey grew up in Burley and, after college, created and established Nifty Marketing in his hometown in 2009. The internet marketing company has grown and now has clients throughout the world. Nifty Marketing is headquartered in downtown in an older building that Ramsey restored.

“I have thought that service companies can be a big asset to old downtowns by fixing up struggling retail locations,â€ says Ramsey, Nifty Marketing president. “I decided to put my money where my mouth was.â€

Nifty Marketing has 25 employees, most of whom are based in Burley.

“A majority of our employees wouldn’t be in the Burley and Mini Cassia areas if Nifty wasn’t here,â€ Ramsey says. “Many have moved here specifically for the job. We also employ locals who were away at college and wanted to find a great career that would bring them home. Southern Idaho is a place where people settle into good jobs, work hard, play hard and stay happy.â€

“”I absolutely love all the things to do outdoors here; it has made me feel like I belong here.”

Ashley Taylor came here in 2017 after serving in the U.S. Navy for five years and says she finds the area very welcoming to both newcomers and to people connected to the military. A nursing student at College of Southern Idaho, Taylor is president of the newly formed Veterans Association at CSI, which just opened a Veterans Center on campus.

“Having the Veterans Association and the Veterans Center where we can mingle and do homework has helped connect an alike community so people don’t feel alone in this new adventure in their lives,â€ Taylor says.

She was raised in League City, Texas, where the outdoors are a big part of life, and says Southern Idaho living is similarly focused on the outdoors. She enjoys kayaking and paddle-boarding and getting out in nature with her husband Jordan, an Idaho State Police trooper, and their two-year-old daughter, Dakota.

“I absolutely love all the things to do outdoors here, it has made me feel like I belong here,â€ Taylor says.

“The area is affordable, friendly, and has vast opportunity for anyone with a dream.”

After attending college and living in San Diego and New York, Kindsey Taylor returned to her hometown and opened The Brass Monkey clothing shop in downtown Twin Falls in 2013.

She has a degree in clothing, textiles and design from the University of Idaho and was the merchandising manager at the Twin Falls Macy’s before she opened her shop, which sells carefully curated fashion apparel and gifts for men and women.

“We have a big population in town and in the surrounding communities that enjoy fashion, unique items and high quality,â€ she says. “I remembered how great our downtown once was and thought it was on the cusp of being revitalized. Downtowns are the heart of every community and they showcase the uniqueness and personality of every town. Why be anywhere else?â€

Taylor says the area is ripe for anyone with a dream.

“The area is affordable, friendly and has vast opportunity for anyone with an idea, a dream and/or a desire to create whatever lifestyle they desire,â€ she says.

“It is welcoming, safe, clean and provides great opportunities for recreation and to be involved.”

Debbie and Kevin Dane retired on the same day in 2016 and say they have no plans to leave Twin Falls.

“Some of our friends have retired and moved elsewhere like Boise and have urged us to do the same,â€ says Debbie, who retired as executive director of Southern Idaho Tourism after 13 years. “We like it too well here to pick up and move. It is welcoming, safe, clean and provides great opportunities for recreation and to be involved.â€

The couple, who have four children and four grandchildren, say it’s easy to stay connected with their community, even in retirement. Debbie and Kevin, who was a banker for 22 years, both volunteer with several local organizations and participate in activities through the CSI Active Aging and Community Education programs. Debbie takes yoga classes at XrossWay Fitness ,”one of many private businesses who offer a variety of classes and opportunities for retireesâ€ she says.

“The quality of life has certainly helped Seastrom Manufacturing recruit some key positions.”

Robert Kervian visited Idaho for the first time when he came to Twin Falls for a job interview with Seastrom Manufacturing.

“My thoughts then were that I had never been to Idaho, but I would really like to see the area,â€ he says. “I figured if nothing else, I might get a trip to interview.â€

He says he fell in love with the area on that 2016 visit and accepted the job offer as CFO at Seastrom Manufacturing, which makes products such as standard washers, standard hardware and military hardware.

“The job turned out to be great, and all the people that I have met are very welcoming,â€ he says. “I also enjoy the weather and all the outdoor activities.â€

Kervian has met many people through bike riding and volunteering with community events, such as Paint Magic. He says Twin Falls’ nightlife, restaurants and proximity to great parks and natural attractions all make it an ideal place to live and work.

“The quality of life has certainly helped Seastrom Manufacturing recruit some key positions,â€ he says.

“It seems like everyone I meet introduces me to two or three more people, all of whom are welcoming and inclusive.”

After residing in Chicago and Washington, D.C., Sara Lipscomb says she enjoyed learning about rural life after she and husband, attorney Brit Groom, moved to Twin Falls two years ago, where he re-opened a law practice he operated here from 1987 to 2000.

“I love the physical beauty of the area – the mountains, the light, the sky,â€ says Lipscomb, who served as General Counsel and Chief Enterprise Risk Officer for the U.S. Small Business Administration in Washington, D.C. for six years.

Lipscomb says she is interested in promoting interreligious dialogue in the community and supporting the new Islamic Center. She also brings her expertise to work on engaging and promoting public/private partnerships that spur community-building and economic development in Southern Idaho.

“I am excited by the opportunity to participate in a community like Twin Falls as it grows and changes,â€ says Lipscomb, who splits her time between Twin Falls and Chicago. “It seems like everyone I meet introduces me to two or three more people, all of whom are welcoming and inclusive.â€

“Jerome is a hotspot for business, and we are very glad to be located right here.”

Aracely’s Boutique has been in Jerome since 1993, and is among the area’s many Hispanic-owned businesses. Juan and Orquidia Gonzalez say their family-owned and -operated store serves a predominantly Hispanic customer base throughout the Magic Valley and from as far away as Nevada and Utah.

“Our customers like us for our great customer service and prices and for our selection of fancy clothes for special events, like quinceaÃ±era dresses,â€ says Juan Gonzalez.

Juan Gonzalez says his family feels encouraged as small business owners. The family opened a party supply store in 2018 and plan to open an event center on Main Street in Jerome.

“Jerome is a hotspot for business and we are very glad to be located right here,â€ he says.

Aracely’s Boutique has been in Jerome since 1993 and is among the area’s many Hispanic-owned businesses. Juan and Orquidea Gonzalez says their family-owned and -operated store serves a predominantly Hispanic customer base throughout the Magic Valley and from as far away as Nevada and Utah.

“Our customers like us or our great customer services and prices and for our selection of fancy clothes for special events, like quinceaÃ±era dresses,” says Juan Gonzalez.

Gonzalez says his family feels welcomed by the Southern Idaho community and encouraged as small business owners. The family opened a party supply store in 2018 and plan to open an event center on Main Street in Jerome.

“Jerome is a hot spot for business, and we are very glad to be located right here,” he says.