Skip to content
Home > IL > Champaign > Where to Live Now > Why Champaign, IL Is a Great Place to Live

Why Champaign, IL Is a Great Place to Live

Is Champaign an awesome college town? Yes, but it's so much more than that. 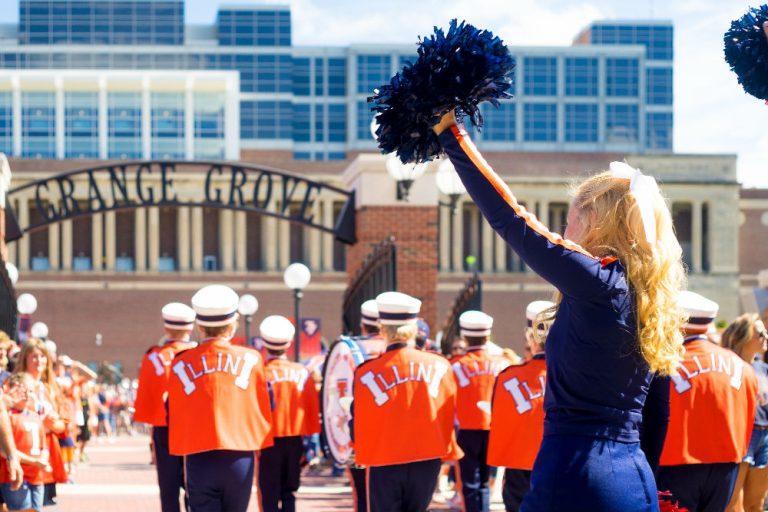 The beautiful 1,400-acre flagship campus of the University of Illinois is just one reason Champaign, IL has earned a spot (for a fourth time!) on our Best College Towns list. Is Champaign a great college town? Absolutely. But it’s also so much more than that: a tech-friendly home base for entrepreneurs, an art-loving community, a sports town, an international city and a foodie’s paradise.

Let’s start on campus. The University of Illinois at Urbana-Champaign is ranked #52 for public colleges in the United States, according to US News & World Report. It’s known for its engineering program, which ranks sixth in the country, but also offers 150 undergraduate degrees through 16 colleges. The university is a great value for local students, and is a highly regarded destination for international students.

Champaign is home to several renowned museums, some connected to the university. The Krannert Art Museum has a collection of more than 10,000 pieces dating from 4000 BC to present, and the Spurlock Museum of World Cultures displays archaeological collections from around the world. The Orpheum Children’s Science Museum encourages children to get involved in science and the arts from a young age through interactive exhibits, and parents will love that it’s housed in a historic 1914 theater.

Arts are big in Champaign, from the university throughout the community. The Virginia Theatre, a historic performing arts center and movie theater, hosts concerts, plays, dance events, film, comedy shows, and more. The theater, which first opened as a vaudeville house, has been a Champaign-Urbana landmark since 1921. Every April, it hosts Roger Ebert’s Overlooked Film Festival, which highlights films that didn’t make it into the mainstream, but are worth a watch. The theatre is also home to the Champaign-Urbana Theatre Company, which performs plays and musicals.

Nearby, the Art Theater Co-Op is the only single-screen movie theater that still exists and functions as a movie theater. Here you can watch foreign and independent films every day of the week. At the Station Theatre, you can check out plays from the Celebration Company, or take one of their training courses for actors, writers and designers.

“In what would ordinarily be considered a small town, residents have access to major city amenities,â€ says Terri Reifsteck, Vice President of Marketing for the Champaign-Urbana CVB. “A thriving arts and culture scene brings together local and national artists for almost daily live music options, a free fine art museum, a large performing arts center bringing in international acts and festivals, and over 75 pieces of public art adorning the streets and parks.”

Speaking of parks, the University of Illinois Arboretum offers a sprawling 160 acres of gardens and ponds, or you can visit the 59-acre forest preserve at the Anita Purves Nature Center. Both offer educational opportunities for the public.

On a practical level, Champaign is a great place to live because of its affordable housing, healthcare, and social assistance services. Seven Fortune 500 companies are based in Champaign, as well as numerous start-ups and a wide range of community technology and maker spaces, landing it on our list of Best Cities for Entrepreneurs as well as Best College Towns.

Throw in six breweries, a vineyard, locally owned restaurants with farm-to-table food, and a diverse food scene thanks to a large international population, and it’s no wonder residents voted Champaign-Urbana the Best Midwest Food Town in Midwest Living.

“With a large international population, diversity is everywhere, especially in the local cuisine,” says Reifsteck. “The question is, why wouldn’t you live in Champaign?â€

With so much to offer, it’s a fair question.