Illinois is proud of its heritage as the epicenter of a global trading network that has facilitated the exchange of goods since the 16th century. Today, the state's role as a center of international commerce is expanding, both in foreign direct investment and jobs and in export activity. 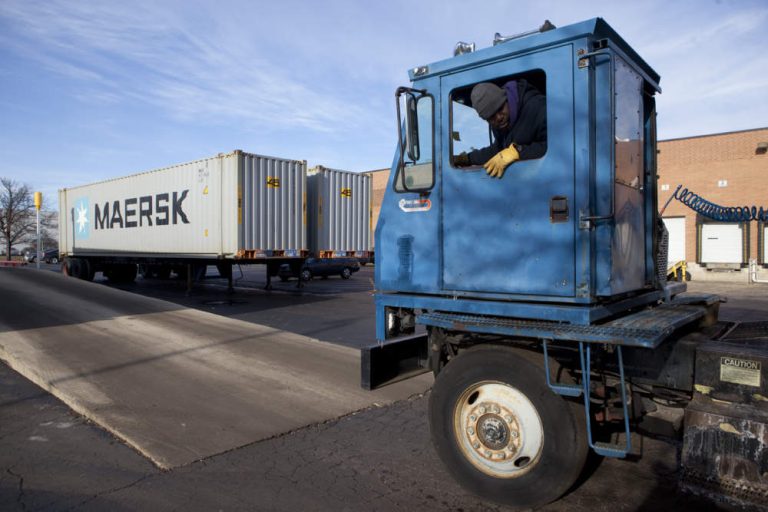 Illinois is proud of its heritage as the epicenter of a global trading network that has facilitated the exchange of goods since the 16th century. Today, the state’s role as a center of international commerce is expanding, both in foreign direct investment and jobs and in export activity.

Export activity in the state surged 29.5 percent, to $64 billion, in 2011. The state is a leader in the export of machinery, chemicals, transportation products, computers and electronics, and energy products to key markets such as Canada, Mexico, China, Brazil and Australia, which lead the list.

The state is home base for a roster of major companies that do business around the globe, from Boeing, Caterpillar and Deere to Abbott Labs, Archer Daniels Midland and Motorola.

More than 55 percent of total company revenues at The ROHO Group, a Belleville manufacturer of wheelchair cushions and accessories, back systems, and support surfaces, are derived from export sales to 60 international markets making it the top mid-size exporter in Illinois in 2011.

“We have a forward-looking, export-focused Department of Commerce in Illinois,” says Pat Chelf, senior vice president of sales and business development. “It has given us support in the form of solid consulting, and even a small amount of shared expenditure to encourage exports in emerging markets, and in collaboration with the U.S. Commerce Department, provided initial contacts and information when we explore a new market.”

Chelf also credits the company’s success to the state’s talent pool. “Illinois has well educated workers with good training at undergraduate and graduate levels, who make us competitive as a U.S. factory on a global basis,” he says.

Underscoring the state’s prominence as a center of global business are the presence of 78 foreign consulates and 44 international trade commissions.

Eleven International Trade Centers and two NAFTA Opportunity Centers are located throughout the state and provide individualized assistance for small- and medium-sized Illinois companies. The state supports international commerce through a number of programs, such as foreign trade missions and export services. Its Chicago-based Office of Trade & Investment provides export assistance and identifies and participates in international trade events with small- and medium-sized Illinois companies. The state also maintains international offices in Canada, Mexico, Europe, Japan, India and China.

Parc (USA) Corp., a plastics recycler based in Romeoville, also exemplifies the robust growth for Illinois companies in global trade. Exports account for $17.5 million of the company’s business, most of it to China, ranking it as Illinois 2012 Small Business Exporter of the Year.

“Our business is reliant on manufacturing, and Chicago is the center of manufacturing in the Midwest, as well a major transport center,” says Kathy Xuan, founder and president. “We send our products in sea containers via rail to the west coast for overseas shipment.”

The company has expanded operations from 30,000 square feet to 125,000 square feet of space in just a few years. “The city and state have been supportive, helping us work through issues we didn’t realize when we signed the lease, so we are very appreciative,” Xuan says.

A major advantage for global business is the state’s highly developed infrastructure and logistics system. O’Hare International Airport, perennially one of the world’s busiest, serves all major international carriers. Thirteen port districts are located in the state offering many companies direct links to the Atlantic Ocean and the Gulf of Mexico. Foreign trade zones, which offer low-cost production and warehousing facilities for imported and export-bound products, are located throughout the state, which also is home to 170 export managing/trading companies and 125 international freight forwarders and custom house brokers.

U.S. subsidiaries of foreign companies announced more than 40 new greenfield projects in 2010 alone in Illinois, totaling around $645 million in investment, according to the Organization for International Investment. Nearly 250,000 workers in the state are employed at U.S. subsidiaries of foreign companies, more than one-third of them in manufacturing.

“The largest portion of our customer base is in the Midwest,” says Akira “Kevin” Koyasu, president of Nippon Sharyo, a manufacturer of commuter rail cars that recently built a $50 million rail car production facility in Chicago. “With increasing requirements to ‘buy American,’ Chicago was ideal because we need railroads to deliver our cars. We also had support from state and city governments in finding the right location with corporate tax credits and incentives for education and training.”

The state supports exporting and foreign investment through a number of initiatives including 78 foreign consulates and 44 international trade commissions.

Exports from Illinois totaled more than $64 million in 2011 to markets including Canada, Mexico, China, Australia and Brazil. Major export categories include machinery, chemicals, computers and electronic products, and electrical equipment.

The state supports global business through a number of programs, such as foreign trade missions and export services, and maintains a number of international offices including Canada, Mexico, Europe, Japan, India and China.

Tate & Lyle, a U.K.-based global provider of ingredients and solutions to the food and beverage industries, opened a commercial and food innovation center near Chicago in 2012 as part of their shift to specialty food ingredients.

“This requires a higher level of customer interaction,” says Chris Olsen, vice president, community and government affairs. “We work with the top 100 food and beverage companies in the world, many of which have offices here, as well as numerous smaller and medium-size companies.”

Tate & Lyle also has a significant manufacturing presence in Illinois. “The state provides a real competitive advantage in terms of energy supply and price, as well as continued investment in infrastructure to support transportation,” Olsen says.