The 9 Best Holiday Cocktails in America

From a legendary Spanish coffee to a whiskey slushy garnished with a mini apple pie, here's where you'll find the season's best cocktails. 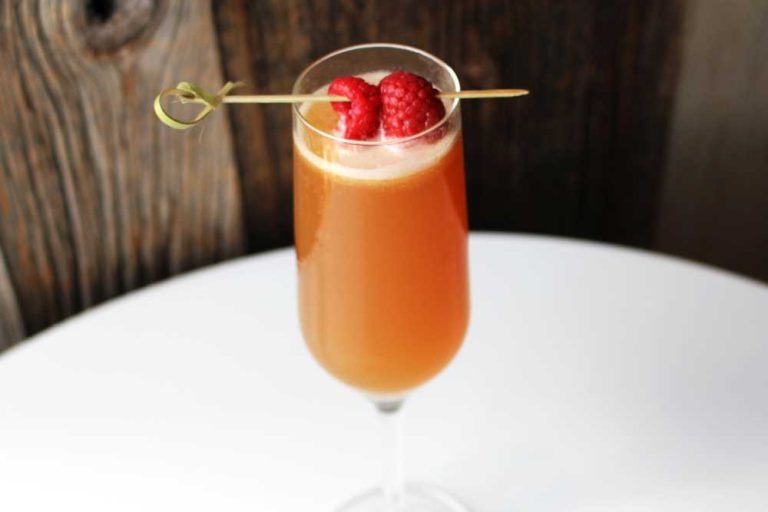 The holidays are upon us and what better way to celebrate the season than with a festive libation? From traditional favorites to innovative drinks created by top bartenders, bars and restaurants are coming up with new ways to spread some holiday cheer.

We rounded up nine of the best holiday cocktails across the country, from a (literally) flaming classic in Oregon to an apple pie slushy in a small town in New York. Cheers!

This local distillery has a whole trio of holiday cocktails, all made with their spirits and cordials. Our favorite is Rosemary’s 2nd Baby, a woodsy blend of Cardinal Spirits’ Terra Botanical Gin, pear, lemon, and rosemary.

Anna Pereda, the beverage manager at Dallas’s historic Adolphus Hotel, has created Vices, a very nice (with a touch of naughty!) cocktail for the holidays. This warming wintry mix of Fernet Branca and green Chartreuse is topped with flakes of gold leaf.

3. Spanish Coffee at Huber’s (Portland, OR)

Portland’s oldest restaurant (and also one of its most beautiful) is home to a unique drink you won’t find elsewhere. A Spanish Coffee at Huber’s, made from Bacardi 151 rum, triple sec, Kahlua and coffee, and then artfully lit on fire tableside, is a real holiday treat. Thanks to their signature drink, Huber’s now uses more Kahlua than any other independent restaurant in the country. Try it iced for a surprisingly refreshing twist on a classic.

Negronis are a classic any time of year, but Nicholas Boden, the bartender at Tavernonna, has given a holiday spin on an old favorite by adding Cappelletti Amaro Sfumato Rabarbaro, a warming rhubarb-based bitter, to his Winter Negroni.

Each year, from December through February, trendy South African restaurant Yebo Beach Haus transforms into a rustic-chic ski lodge, with drinks to match. This year, Yebo Ski Haus is mixing up their version of a mulled wine: the Flannel Season, a blend of Bordeaux, cognac, clove, cinnamon, cardamom and almond.

Nothing is more American than… an apple pie slushy? Chef David DiBari is whipping up a frozen blend of cider, whiskey, maple syrup and spices to create this unique drink, garnished with a mini apple pie.

A tropical take on a quintessential holiday eggnog, Smallman Galley’s Red Rogue has a Coco Lopez coconut cream base paired with Corralejo reposado tequila and locally-made Maggie’s Farm coffee liqueur. It’s topped off with cinnamon-hibiscus syrup and a dusting of nutmeg, cinnamon and coffee shavings.