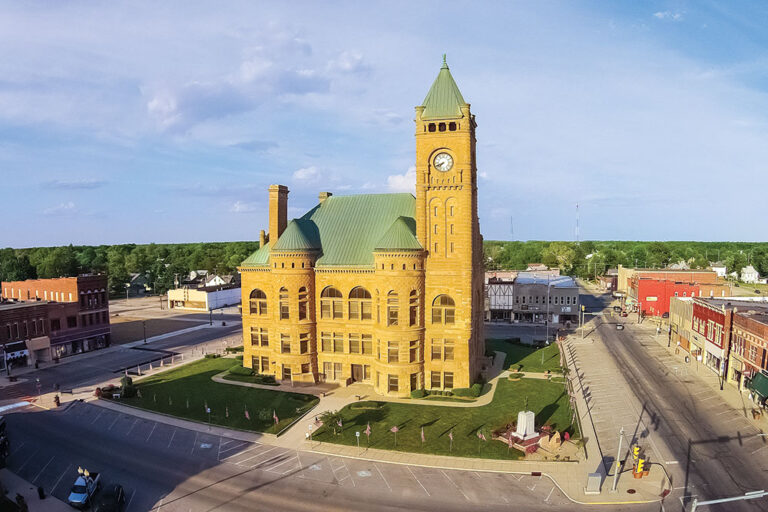 Hartford City is moving into the future by taking a walk down memory lane. At least, that the goal behind the renovation of the historic Newberry Building, which was built on the city’s courthouse square in the 1880s and later housed the old J.J. Newberry five-and-dime store.

Work is underway to restore the building’s façade to its original appearance but also modernize much of the interior.

The plan is to place a higher-end restaurant and an events center within the structure, then use that as a catalyst for further downtown revitalization.

“That building was going to fall down if we didn’t do something. Instead, it’s going to be sustainable for another 100 years,” says Warren Brown, Executive Director of the Blackford County Economic Development Corp. “We want to maintain the historical architecture and feel of that building.”

A former empty lot next to the Newberry Building was transformed last year into a community green space with an amphitheater where concerts, movies and art shows can be held.

“People can have a nice dinner [at the Newberry Building], then go next door and hear a concert or watch a movie,” Eckstein says. “So it can provide reasons for people in surrounding communities to make a trip to Hartford City. We want to draw people to our downtown, and this will be a big jump-start in doing that.”

A start, but certainly not the end. Brown says other downtown projects already are in the planning stages, along with efforts to support and expand many of the existing businesses in the area.

“These two projects are just the beginning. We’re not going to be complacent with this,” Brown says. “We’re going to continue pushing to make sure our entire downtown is vibrant and alive.” 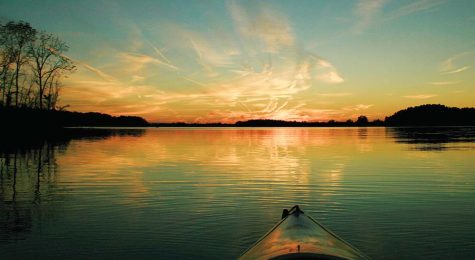