Skip to content
Home > IN > Indianapolis > Affordable Places to Live > Cost of Living Diaries: Indianapolis, IN

Cost of Living Diaries: Indianapolis, IN

What’s it cost to live in Indy? We got a local to give us all the details. 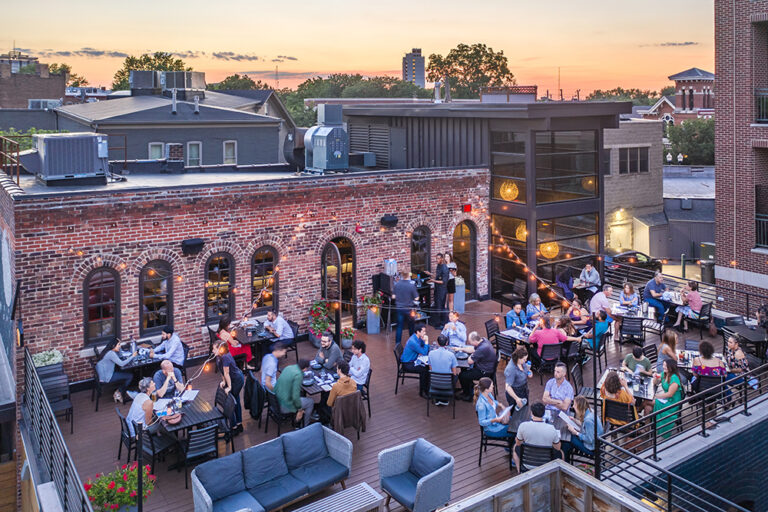 How’s the cost of living in Indianapolis? We sat down with Indy resident Joshua Driver, 40, an Indiana native who moved to the area for college and decided to plant roots, to get all the details.

How long have you lived in Indianapolis?

I’m originally from Valparaiso, Indiana, in the northwest corner of the state, and I moved here in 2001. I was wrapping up college and had an opportunity in health care and decided to come here for the job opportunity. I worked in health care for about six years and now I’m the founder and CEO of a tech company, Selflessly.

What do you think about Indianapolis as a place to live?

I think Indianapolis has a great mix of big city resources but still with a small-town influence. So, we have the right mix of things we need to be successful as a city, and especially as someone who is starting a business needs, and the opportunity compared to other markets.

Tell me about the cost of rent/mortgage in Indianapolis?

We are actually building a house, and we built our last house, too, which was downtown and we spent about $2,000 a month. It was 2,100 square feet with 3 bedrooms, 4 bathrooms and a two-car garage. We just sold our house and are renting until the new build is finished.

Who are the main employers in Indianapolis?

(Eli) Lilly, a pharmaceutical company, has their headquarters here, so they have quite a few employees. Infosys, a big tech company, has their U.S. hub here as well. The city and state governments are some of the largest employers in the state, and IU Health, one of our bigger health care systems, is a huge employer as well.

What are your favorite things about living in Indianapolis?

I’ve started several companies here over the years, and a few nonprofits, and now I serve on a city board and a nonprofit board, and I think it’s the accessibility to be able to make an impact on the community given the size of it. It’s exciting to me.

When I first moved here, the city was completely different than what it has become today. It’s really great that we have the nimbleness to try new things and take on new projects. We’ve hosted the Super Bowl, we just found out we’re going to be hosting the Olympic time trials for swimming here, we have two professional-league sports teams and the Indy 500, and so it’s just kind of a cool conglomeration of different things, and I have the ability to ride my bike or walk to most of them, which is awesome!

What is the cost of dinner and drinks for two people, and what are some of your favorite places to go?

The question is really where I don’t like to go! A place called Bodhi that has great Thai food. My husband is a fancy wine drinker, so when we go out it’s usually over $100 but that’s because he likes to drink wine. But on average, it’s around $75. We like Baby’s, a burger place; it has a cool drag brunch on Sundays, and that’s about $50 for two people.

What is the cost of doggie daycare?

We don’t have kids and our dog comes to work with me, but there are several doggie daycares downtown that are about $20 to $30 per day.

There are tons of options of outdoor activities that are free in Indianapolis, but can you give me some examples of things there are to do?

When the pandemic hit, we invested in kayaks. The White River goes through the city and is great for kayaking or paddle boarding. It’s kinda cool because depending on where you are on the river, you don’t even feel like you’re in Indianapolis.

We have a great infrastructure for bikes. We have the Monon Trail and the Cultural Trail, which is a really safe trail through downtown, and people can commute without having to fight traffic.

There are a couple of great movie theaters — the Kan-Kan and The Living Room — that are amazing; they have a bar and restaurant attached. There are a few arcades, duckpin bowling — using smaller pins and balls, and the last few years downtown has really increased the entertainment side with things to do. There’s always something to do, which is great, whether it’s concerts or nightlife or whatever.

Do you have a favorite coffee shop you like to go to?

There are so many super cool coffee shops here, I’m not sure why. I don’t know what about Indianapolis has made brilliant coffee people open shops, but I’m a big fan of Kaffeine Coffee Co. I’m a matcha tea drinker and there’s a process that you’re supposed to do to honor the tea leaves and they do that there, that’s around $5. Provider is another great coffee shop; a latte is $6, a coffee is $3.

There are a bunch of super hip places that have popped up in the last year and they all look like you’re walking into a West Elm. Tinker is a local roaster that provides a lot of coffee to local places and is fantastic. I don’t know if Indianapolis is a coffee destination, but there are a lot of contenders here.