Learn how startups in Lake Charles like Waitr and Cypress Group have thrived with the help of the SEED Center business incubator. 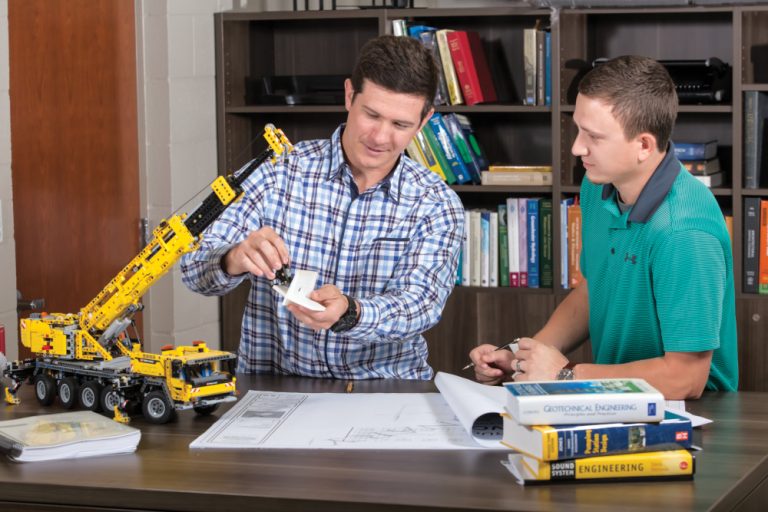 Cool companies are right at home in Southwest Louisiana, where a network of programs and resources have helped launch a wave of innovative companies that can capitalize on the region’s pool of talent.

“Many people, including some venture capitalists, told us we couldn’t launch our company here because we wouldn’t have access to engineering resources and the right network of experienced executives,” says Chris Meaux, president of Lake Charles-based Waitr, which allows users of its free app to order food – for carryout or delivery – from their favorite local restaurants.

As it turns out, the relative dearth of competition – as compared to, say, Silicon Valley – has turned out to be a tremendous advantage.

“Because there are not as many technology companies [here] and we’re a popular startup, we get a lot of folks who want to come work for us,” Meaux says. “Also, the state offers financial incentives that might not have been available to us in a different area,” he continues. “Those things have made it easy to decide to grow our company here. We’ve proven that you can be in Southwest Louisiana and launch a successful technology startup.”

Like many other local startups, Waitr partnered with the Southwest Louisiana Entrepreneurial and Economic Development Center, known as SEED.

“Our mission is to nurture and develop local small businesses into sustainable businesses,” says Adrian Wallace, director of the SEED Center’s three-year-old incubator.

The mixed-use facility offers office space, access to business equipment and services, coaching and counseling, and the opportunity to network with other emerging businesses. Beyond managerial and technical expertise, the center shows entrepreneurs how to run and manage their business, Wallace says.

“We have peer-to-peer roundtables where incubator clients and other local businesspeople get together and brainstorm to solve common business problems,” he says. ” We are creating an entrepreneur culture from the idea stage all the way through fruition and sustainability.”

Being a part of that has proved invaluable for its clients.

“In the beginning, when we were just an idea, it added credibility to our company,” says Meaux, who co-founded the company with Adam Murnane, Manuel Rivero, Evan Diaz de Arce and Addison Killebrew. “Also the facilities are great, and the financial incentives that came through the SEED Center we might not have known about otherwise.”

Meaux’s thoughts are echoed by one of the first incubator clients, Ally-Gator BookBites, an independent, boutique company that publishes Louisiana authors and illustrators, and specializes in children’s books.

“I came in and was able to get a beautiful office with brand-new furniture,” says Ally-Gator BookBites founder Tommie Townsley, who also praises the collaborative environment and strong sense of community.

“There are professionals here that can help with things like how to read financials and how to hire employees. The incubator clients also look to help each other. Being here has not only helped my business grow, I’ve made some very good friends,” she says.

The ultimate goal of each of the incubator clients is to graduate from the SEED Center, which Waitr and Ally-Gator BookBites are on the cusp of doing, as are several other businesses.

“We sit down with the clients and consider whether they have a better-than-average chance of being successful if they move out. What we are looking for is very strong cash flow and a good probability of sustainability based on their business model and what they are doing,” Wallace says.

Among the SEED Center’s success stories are Dev Department, a web development company that provides training, coaching and development services to graphic design, PR and ad agencies. The company, says Wallace, “started out in one small office and is now a multi-million dollar business.”

Equally notable are the achievements of David and Jessica Minton of Cypress Group Engineering and Development, which was named the Small and Emerging Business of the Year at the Louisiana Economic Development’s 2016 Entrepreneur Awards. The companies emerging from the incubator are already having a significant impact on the local economy, which bodes well for the future of the five-parish region.

“The 16 companies [in the incubator] created 210 jobs in 2015 and gross revenues were at $3 million,” Wallace says. “For companies that did not exist two-and-a-half years ago those are very significant statistics.”