Learn about the several modes of transportation that are available in Southwest Louisiana. 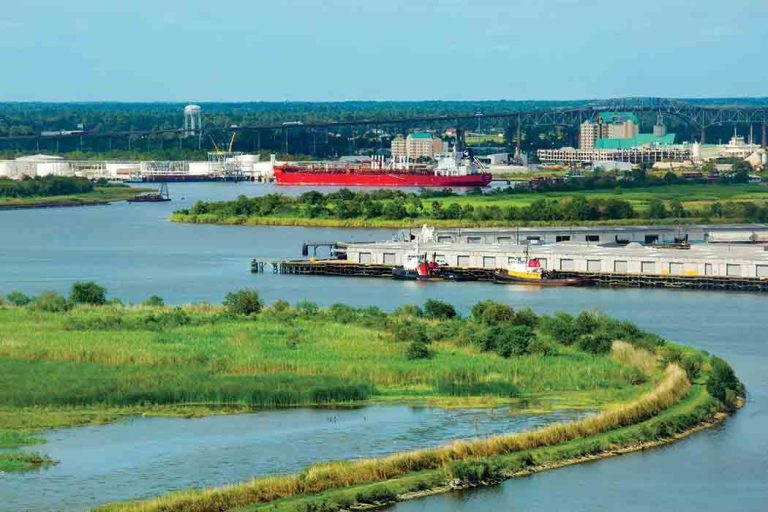 The economy of Southwest Louisiana is proceeding with speed, thanks in large part to a strong transportation network that makes the region a hot spot for businesses shipping products across the nation and around the world. The region’s strong highway system is led by the transcontinental Interstate 10, which passes through Lake Charles and connects the city with Houston to the west and New Orleans to the east. Other main thoroughfares in the area are I-210 and U.S. highways 90, 165, 171 and 190.

Businesses and residents also have easy access to airports, some of which include industrial parks. Chennault Industrial Park has a 10,000-foot runway, one of the longest on the Gulf Coast, and Beauregard Parish Airport & Industrial Park features a 5,495-foot runway. Lake Charles Regional Airport also serves corporate tenants from its commercial airport, which offers daily United Airlines flights to Houston and American Airlines flights to Dallas-Fort Worth. Serving the five-parish Southwest Louisiana area, the airport accommodates about 140,000 passengers a year.

“We decided to remedy that situation, and after much fund-raising and many trips to Washington, D.C., our facility is up and running.” Pousson says the rail yard ships only specific varieties of rice that Mexican consumers enjoy. “We shipped 125 rail cars filled with rice to Mexico in 2013, then 250 cars in 2014, and an estimated 400 cars for 2015,” he says. “We’ve built a strong export market to Mexico City as well as Monterrey, Guadalajara and as far west as the Yucatan Peninsula. All area farmers with the right kind of rice can ship from our facility.”

The Southwest Louisiana transportation network is also buoyed by six ports, led by the deepwater Port of Lake Charles that manages the 68-mile Calcasieu River Ship Channel extending from Lake Charles to the Gulf of Mexico. The channel is an economic engine that accommodates a number of shipped cargo items, including petroleum products and grain. The port itself, which features two marine terminals and more than 5,000 acres of property zoned for industrial use, including an industrial park, is undergoing a major expansion of its bulk terminal. The expansion will create 200 jobs, improve loading and unloading facilities, provide better access to the Gulf of Mexico and attract a growing base of energy firms. The port has also opened a new export grain terminal.

“Capital investments at the port will continue to improve our services, allowing us to meet the growing and diversifying demands of today’s cargo,” says Bill Rase, Port of Lake Charles executive director. “We will also continue to increase deep-draft ship traffic on the channel, which is expected to double over the next decade.”