The Future of Energy in Southwest Louisiana 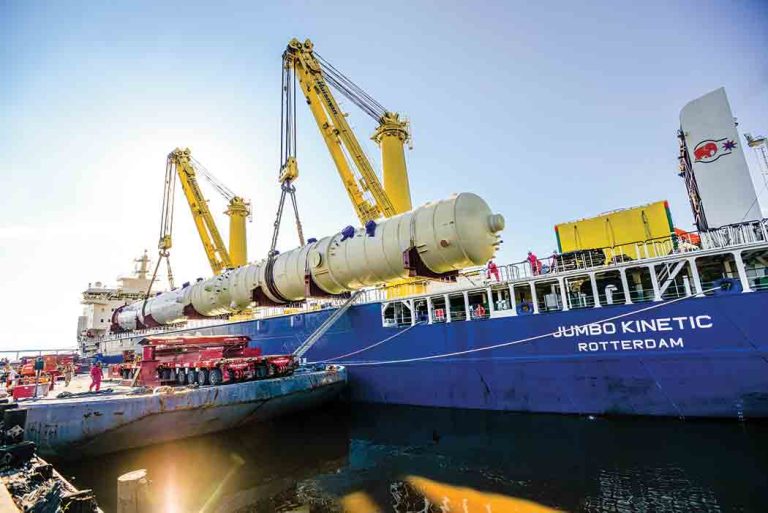 The future of energy is being written in Southwest Louisiana, where some of the world’s most innovative companies are helping to meet the energy and petrochemical needs of today and develop the fuel sources of tomorrow.

The region’s strategic location provides ready access to rich oil and natural gas deposits, a highly skilled workforce and proximity to the Gulf of Mexico via the Port of Lake Charles.

“This historic event opens a new chapter for the country in energy trade and is a significant milestone for Cheniere as we prepare Train 1 for commercial operations,”  Neal Shear, chairman and interim CEO of Cheniere Partners noted at the time.

The LNG liquefaction facility is sited next to the 1,000-acre Cheniere LNG terminal. The terminal, which is only 3.7 nautical miles from the open water and 23 nautical miles from the outer buoy and not subject to tidal flows, can simultaneously load or unload LNG vessels from each berth to maximize the number of LNG vessels that can be received at the terminal each year.

Drawn by access to raw materials and transportation, petrochemical companies are investing in their Southwest Louisiana operations.

Sasol is building an ethane cracker and derivatives complex, which will cost up to $11 billion, adjacent to its existing site. The new facility, expected to enter beneficial operation in 2018 and 2019, includes an ethane cracker designed to produce 1.5 million tons of ethylene per year and six derivative units that will make specialty chemicals used in clothing, household products, automotive equipment and personal care items. The project

is expected to create about 500 new, full-time jobs, and it has already hired more than 350 of those positions.

The company’s investments will roughly triple its chemical production capacity in the U.S.

Some of the world’s largest energy companies have created a vibrant energy and petrochemical sector. CITGO’s Lake Charles refinery is the sixth-largest in the U.S. and Phillips 66 operates a major refinery in Westlake, where it is a top producer of ethylene, styrene and polyethylene.

The Citgo refinery, which dates to 1944, is located on 2,000 acres along the banks of the Calcasieu Ship Channel. The complex is recognized as the largest of the three CITGO refineries, consisting of a modern, deep-conversion facility with a crude oil refining capacity of 425,000 barrels per day. The facility employs approximately 1,100 workers in Southwest Louisiana, and on average more than 850 contractors. Also, the state has approximately 100 independently owned CITGO retail stations that provide employment to approximately 600 people.

“CITGO Lake Charles is a focal point for the refining industry in Southwest Louisiana,” says Tomeu Vadell, CITGO Lake Charles vice president and general manager. ”Our waterways and pipeline network provide critical infrastructure for transportation of fuels and products. CITGO was one of the first refineries to develop in the area during World War II and today remains one of

the leading employers and manufacturers of refined products in Southwest Louisiana. In the era of modern technology and expansions, and as our region grows and develops – we’ve been here, we are here and we’ll be here.”