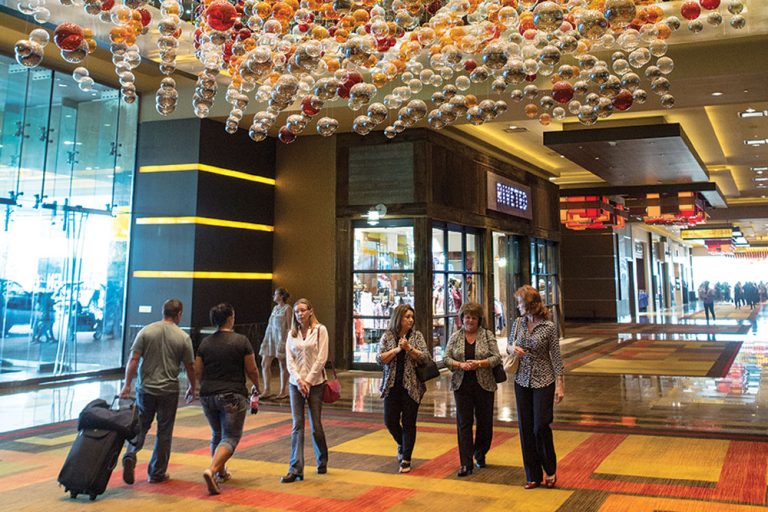 In Southwest Louisiana, you can spend the morning at a spa and the afternoon in a swamp. You can be in a casino playing blackjack one hour, and in the bayou looking at a brown pelican the next. You can enjoy the best of two vastly different worlds, all within an easy drive.

That’s because in recent years, the fun and entertainment of Las Vegas-style resorts have combined with the centuries-old natural beauty of Southwest Louisiana to create a tourist playground that offers a gumbo-worthy mix of options for nearly all tastes.

“And the best part of it is you can experience all this without being stuck in traffic or dealing with a hectic city. It’s a comfortable place where you can get around easily and experience all these things while staying relaxed.”

The growth in Vegas-style gaming has had a significant economic impact on the region, with five casinos attracting a total of approximately 4 million visitors each year and employing nearly 8,500 workers. The newest addition is the $600 million Golden Nugget Hotel and Casino, which features 740 rooms, 30,000 square feet of meeting and convention space, a retail corridor, a beach and a marina. Other area casinos include the Coushatta Casino Resort in Allen Parish, home to the recently opened $60 million Seven Clans Hotel; Isle of Capri in Westlake; L’Auberge Casino Resort in Lake Charles; and the Delta Downs Racetrack and Casino in Vinton, which features on-site horse racing. Boyd Gaming, which operates the racetrack, recently announced plans for a $45 million expansion that will bring a new hotel tower and other amenities, such as an expanded events center, to the complex.

“It’s a neat juxtaposition, because you can experience Southern hospitality in a Las Vegas atmosphere,” Manning says. The casinos offer far more than merely standard gaming options like roulette and slot machines. They also bring a wealth of entertainment to the area, from bars and restaurants to spas and golf courses to sporting events and, especially, concerts. L’Auberge Casino Resort, for example, hosts the poolside Liquid Society concert series each summer, featuring a variety of nationally known acts. This year’s schedule included Blues Traveler, 3 Doors Down, Candlebox and 311. The Golden Nugget countered with a concert lineup that included Pat Benatar, Travis Tritt, Tanya Tucker, and Creedence Clearwater Revival.

“The Creole Nature Trail is an awesome way to see a lot of the wildlife that is common to our area,” says Sheron Faulk, owner of the outdoor recreation store Ship to Shore Company in Lake Charles.

“It’s pretty common to see an alligator on the trail. And for birders, it’s easy to pull over on most of the roads to watch the birds. The brown pelican, egrets, the roseate spoonbill and other beautiful birds that you can’t see so easily in other locations are abundant here.”

In April 2015, a new attraction opened along the Creole Nature Trail called Adventure Point, an interactive exhibit that explores the culture of Southwest Louisiana.

“It’s a great place for people who are new to the area to go and get a 10,000-foot view of the culture in Southwest Louisiana,” Manning says. “It gives you a good idea of how we are so tied to the land and music and food around here.”