There is No Shortage of Fun in Southwest Louisiana 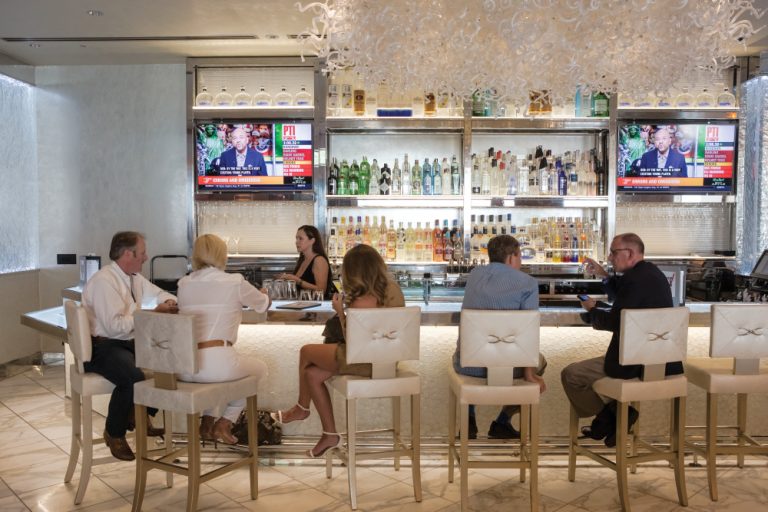 Southwest Louisiana is all about fun and games. The fun comes from a rich food and musical heritage that has long been embedded in the region, along with numerous outdoor recreation opportunities and a vibrant arts-and-culture scene. Meanwhile, the games can be found in the area’s thriving casino industry, which attracts approximately 4 million visitors each year and employs more than 8,000 workers.

“There are so many different things to do in Southwest Louisiana,” says Shelley Johnson, executive director of the Lake Charles/Southwest Louisiana Convention & Visitors Bureau. “You have casino gaming, the musical nightlife, the culinary options, the great outdoors and all of our family-friendly festivals. There’s just all sorts of stuff happening here.”

Barely a year after opening in December 2014, the Golden Nugget Lake Charles began work on a $100 million expansion that will add another 300 hotel rooms, bringing total room capacity in 2017 to more than 1,000.

“The original plan was to eventually add another tower. The only question was when. But we grew the market by 33 percent in our first year,” says Gerry Del Prete, Golden Nugget senior vice president and general manager. “Based on how well the property was received, we decided to go ahead and get started with expansion.”

In  Vinton, near the Texas border, the Delta Downs Racetrack Casino Hotel has been undergoing a $45 million expansion. The enhancement includes the creation of 167 new guest rooms, as well as an upgrade of the existing 200 rooms, an expanded events center, increased dining options, and a new pool and fitness center.

These types of expansions are taking place because the gaming industry in Southwest Louisiana is attracting more than just the casino player. Visitors to the Golden Nugget can enjoy an 18-hole golf course, a 2-acre pool with a lazy river and a water slide, a spa and a private beach.

“We like to consider ourselves as a true resort,” Del Prete says. “One-third of our revenue comes from non-gaming. A lot of people come here for the food and entertainment. Then you add the golf, the spa, the pool, the shopping. We do a lot of different things to attract not just the gaming customer but the retail and entertainment customer. It’s the total experience.”

Delta Downs and the Golden Nugget Lake Charles are part of an impressive roster of casino resorts in the region. In Allen Parish, the Coushatta Casino Resort includes the $60 million Seven Clams Hotel, which opened in 2012. The L’Auberge Casino Resort in Lake Charles, which offers 754 rooms and 770,000 square feet of space for gaming, shopping, accommodations, entertainment and events, completed a $7 million upgrade of its luxury Garden Suites in July 2016. The Isle of Capri in Westlake offers gaming, entertainment and several dining options on the banks of Lake Charles.

The Land of Boudin and Zydeco

While the casinos give Southwest Louisiana a taste of Vegas, the true flavor of the region can be found in the food and music, both of which are heavily influenced by Cajun and Creole heritage.

The best place to sample this bubbling gumbo of possibilities is along the 180-mile Creole Nature Trail. In addition to all the wildlife that can be seen on this route, a smorgasbord of eateries and music clubs offer faithful renditions of the tastes and tunes that have been dished out in the region for centuries.

“The Creole Nature Trail just opened in April 2015, and it’s already been a very big hit,” Johnson says. “Adventure Point is an attraction where you can stop before you go on the Trail and get a feel for what you will experience. It takes you through our natural habitat. You get to experience our culture, Zydeco bands, Creole cooking. It’s a free, fun attraction that really immerses you in what Southwest Louisiana has to offer.”

And the offerings are quite diverse. For the foodie there is the Southwest Louisiana Boudin Trail, highlighting 30 restaurants in the region that serve the fabled Cajun boudin, a pork-and-rice mixture that is a Louisiana staple.

For the golfer there are several quality courses that – because of the mild weather – can be played year-round, including Mallard Cove, Koasati Pines, Gray Plantation, the National Golf Club of Louisiana  and Contraband Bayou Golf Club. And for the music lover, there are dozens of places where live music can be heard nightly, including on many street corners.

“There’s a wide breadth of experiences that can be had in Southwest Louisiana.” Johnson says. “We just have a very rich cultural experience.”