Skip to content
Home > LA > Lake Charles > Where to Live Now > Southwest Louisiana Known for Its Melting Pot of Food, Music and Culture

Southwest Louisiana Known for Its Melting Pot of Food, Music and Culture

Learn more about the diverse culture, cuisine and music that defines Southwest Louisiana and makes it a unique destination for foodies, music lovers and visitors looking for a good time. 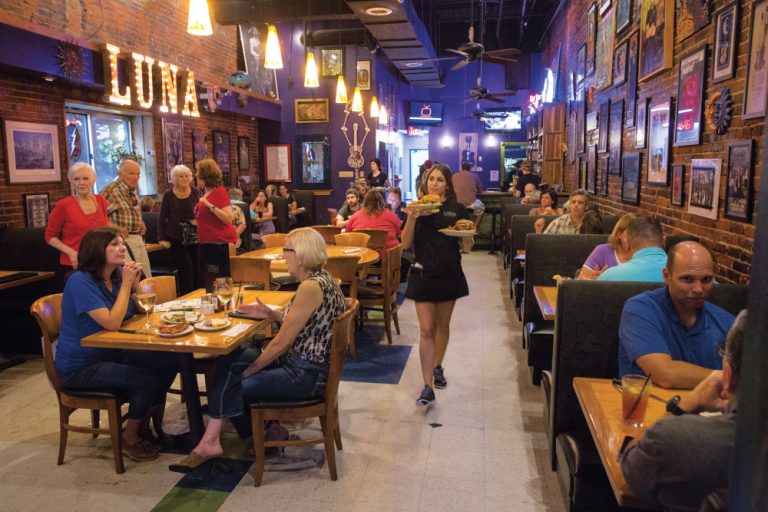 If the United States is a melting pot, then Southwest Louisiana is where all the overflow has gathered. The region has long been populated by a rich diversity of cultures, including French, German, Spanish, Irish, Native American and African-American. Even the term Creole, which is closely associated with this area, is used to describe people of various backgrounds.

The food and music of Southwest Louisiana reflects the wide array of influences that intermingle within the region. Both are as diverse, and as flavorful, as the people who create them.

“This sliver of land was not part of the Louisiana Purchase of 1803,” says Eric Cormier, special programs manager and assistant communications director of the Southwest Louisiana Economic Development Alliance. “And since it was unregulated, there was a strong sense of independence. It allowed people to maintain their cultures, and those cultures mixed. That fusion of culture comes out in our food and music, which is the main material for this tapestry that exists in Southwest Louisiana.”

There isn’t a plate large enough to handle all the types of food being dished out in Southwest Louisiana. From Cajun classics such as gumbo, jambalaya and étouffée to shrimp, oysters, crabs, catfish and that popular mudbug known as the crawfish, the region’s mix of cultures provides the ingredients for a foodie paradise.

“Everybody’s food here pretty much overlaps,” Cormier says. “What we now call fusion cooking occurred in Southwest Louisiana hundreds of years before it became big on the Food Network.”

A prime example is Cajun boudin, a pork-and-rice mixture in a casing. The delicacy is so popular in the region that locals have established a Southwest Louisiana Boudin Trail, with 30 stops clustered along I-10. Restaurants on the trail include LeBleu’s Landing in Sulphur and Famous Foods in Lake Charles – a past winner of the local Boudin Wars contest.

“Boudin is the definitive food product of this area,” Cormier says. “Napa Valley has wine, Wisconsin has cheese, New York has pizza. We have boudin. That’s our gift to the world. It’s a local delicacy. You get your official Louisiana membership card when you have a breakfast of boudin, bread and beer.” Beyond boudin, Cajun-inspired dishes can be enjoyed at restaurants throughout the area, including popular eateries such Steamboat Bill’s, Seafood Palace, Hackett’s Cajun Kitchen, Pujo Street Café, Pat’s of Henderson and Luna Bar & Grill, which hosts a live music series on the weekends headlined by local and regional performers.

You need something to listen to while enjoying all this food, and Zydeco is the soundtrack of Southwest Louisiana. Much like the region’s food offerings, Zydeco music blends several styles – blues, African-Creole, R&B – into an upbeat genre that is made for dancing. The region was also largely responsible in the 1950s for creating what became known as Swamp Pop, a combination of country, R&B and traditional French Creole music. The popularity of such music was spread nationwide thanks in part to the efforts of Goldband Records, which began producing records shortly after World War II, making it one of the nation’s longest-operating independent labels.

A 13-year-old Dolly Parton made her first recording at Goldband’s Lake Charles studio in 1959. More recently, Louisiana Indie Radio in Lake Charles has started promoting local musicians through an online streaming service, giving airplay to nearly 100 Louisiana-based bands and more than 900 songs. The Tipitina’s Foundation also helps support local musicians by providing instruments to Louisiana school band programs and teaching up-and-coming performers how to make a living playing music. Combine all this food and music together, and you have a festival – another area where Southwest Louisiana excels. The region is known for its Mardi Gras celebrations, which are immortalized in costume displays and memorabilia at the Mardi Gras Museum of Imperial Calcasieu in Lake Charles. But nearly every week brings some sort of new jubilee, from the Cajun Food & Music Festival to the Marshland Festival, which celebrated its 25th anniversary in 2015. “We have over 75 fairs and festivals in this region every year,” says Angie Manning, communications director for the Lake Charles/Southwest Louisiana Convention & Visitors Bureau.

“We just have a festival culture. We love to celebrate everything.”