Montgomery County offers advantages to residents and businesses with a strong economy and great school system. 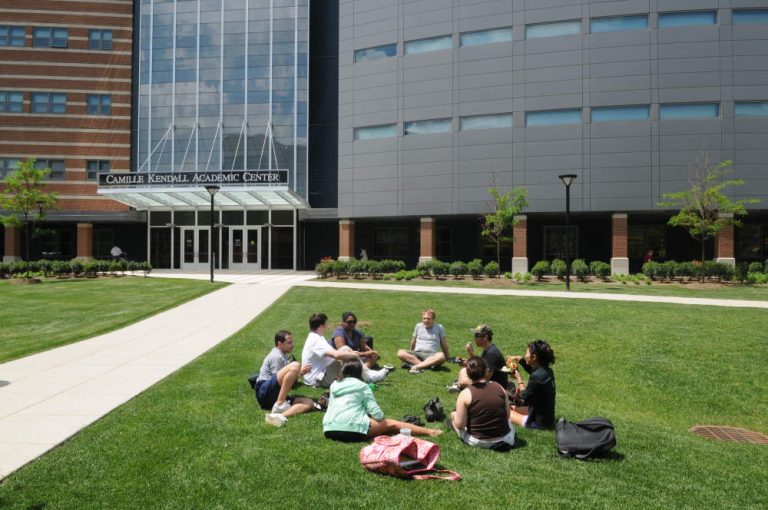 Montgomery County offers unrivaled advantages as a place to invest, work and live. The county, the most populous in Maryland, has cultivated a powerful and innovative knowledge economy, with major clusters in leading-edge industries, including life sciences, information technology, and communications and satellites, as well as emerging industries, such as cyber security and clean energy technology.

Its growth is fueled by a highly educated workforce with educational attainment rates far above the U.S. average and a superb K-12 school system. It offers proximity to the nation’s capital and assets in federal agencies, such as the National Institutes of Health, FDA and NOAA. Federal spending in Montgomery County in fiscal 2010 alone totaled more than $20 billion.

Montgomery County is a global destination for corporate headquarters for Fortune 500 companies and a roster of internationally known household names, including Discovery Networks, Hughes Communications, Lockheed Martin, Marriott and Ritz-Carlton.

“Montgomery County offers unequaled advantages for businesses looking to expand or relocate, thanks to an exceptional workforce and our prime location next door to our nation’s capital,” says Montgomery County Executive Isiah Leggett.

“We have sought to lead and not follow whenever possible; examples include creation of the nation’s first local biotech investment tax credit a few years ago and now a similar cybersecurity investment incentive to bolster investment in these targeted industry sectors. Montgomery County truly has

it all – an ideal location, a dynamic workforce and a diverse business community fueled by a robust entrepreneurial spirt,” Leggett says.

Montgomery County’s public schools are regularly ranked among the best in the United States. The school system won the prestigious Malcolm Baldrige National Quality Award in 2010, the highest presidential honor given for performance excellence.

The county also offers access to higher education institutions, including the Montgomery County campus of Johns Hopkins University, Montgomery College, the Howard Hughes Medical Institute and the Uniformed Services University of the Health Sciences, for military and public health professionals.

The county has the nation’s highest percentage of residents over age 25 who hold postgraduate degrees, with 56.1 percent holding at least a bachelor’s degree.

The roster of federal agencies located in Montgomery County has spurred the development of dozens of  technology-related businesses built on the federal government’s status as the world’s largest consumer of communications and satellite activity and capacity. Cyber security, satellite and communications companies are drawn to Montgomery County because of it, adding thousands of jobs and generating billions in annual revenues.

Among the most recognizable of the region’s core of communications companies is Discovery Communications, known for its suite of popular television channels, including Discovery, TLC, Animal Planet and OWN.

“Montgomery County has a strong and vibrant economy, which is the foundation for a healthy and successful community,” Verveer says.

With its proximity to three major international airports, and convenient access to the nation’s capital via the Metro subway system, it is no surprise that Montgomery County has become an international center for business. More than 120 foreign-owned companies have operations in the county, including hospitality company Sodexo, German biotech outfit Qiagen, Brace Pharmaceuticals of Brazil and Teva Biopharmaceuticals of Isreal.

Marriott was founded by J.W. Marriott and his wife more than 80 years ago, starting out as a lone root beer stand before building its first hotel Today, it is headquartered in Bethesda, boasting 3,800 properties and annual revenues of more than $12 billion in 2012.

Choice Hotels built a state-of-art, LEED-certified corporate headquarters in Rockville. Choice is one of the world’s largest lodging companies, franchising more than 6,300 hotels in the United States and abroad.