Skip to content
Home > ME > Portland > Where to Live Now > Why Portland, ME, Is a Best Place to Live

Why Portland, ME, Is a Best Place to Live

Scenery, dining and healthy living give this city a livable edge 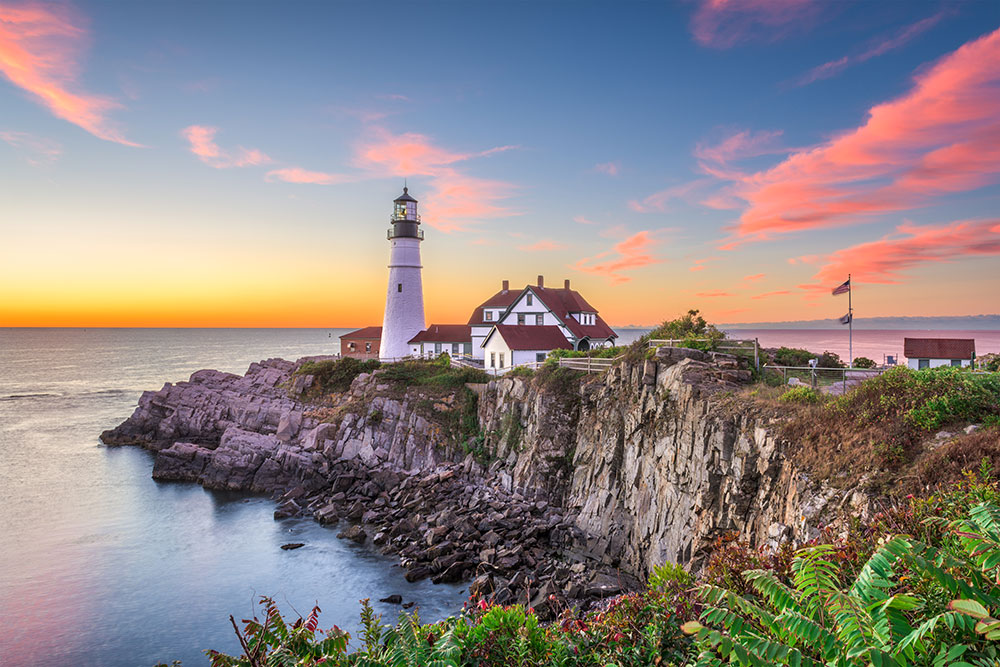 If a city with ocean views, lighthouses and world-class dining sounds like the ideal vacation destination, imagine living in a place with unlimited access to those attractions.

In recent years, Portland has emerged as an attractive option for families and young professionals eager to take a step back from the frenzied lifestyle of large East Coast cities, without sacrificing the culture and conveniences of metropolitan living. And while Portland’s cost of living may be slightly higher than the national average, it’s a bona fide bargain compared to many of its New England counterparts.

With a thriving art scene, year-round recreation, a robust health-care marketplace and more restaurants per capita (230 total) than any other U.S. city, it’s clear why Portland is one of the Top 100 Best Places to Live.

Today’s Portland is a delightful study in contrasts, boasting the ever-present charms of its New England roots, right alongside the chic art galleries and an up-and-coming startup scene, which boasts nearly 70 of these innovative business ventures.

But entrepreneurs aren’t the only visionaries in Portland, where culinary creators work their magic on the region’s trademark bounty (we’re looking at you, lobster, clams, maple syrup and blueberries), but also in consistently serving up the sort of inventive and unexpected cuisine more commonly associated with larger cities. From authentically crafted Vietnamese standards, to classic French cookery, Portland’s restaurant scene covers nearly every possible base. Factor in the city’s array of seafood markets and specialty grocery stores, and Portland truly translates to the ideal foodie hometown.

Meanwhile, Portlanders are some of the country’s healthiest residents, spending 10.3 percent less on health care than the national average. And it all makes sense, with 78 percent of residents reporting a healthy weight, 86 percent shunning cigarettes and 84 percent of engaging in some form of regular physical activity. Even better, when Portland residents do need health care, it’s in ample supply, thanks to its three acute care hospitals and 1,637 doctors practicing within the city limits (that’s more than twice the national number of physicians per capita).

Fortunately, opportunities to get active and stay fit are easy to find in Portland. Whether it’s hiking, biking, kayaking or paddleboarding, the area is rife with people who value a healthy lifestyle. And when the notoriously bitter Maine winters become too frightful for outdoor recreation, the city’s avid yoga and Pilates communities prove to be the perfect indoor fitness option. Even then, plenty of natives aren’t deterred by Portland’s yearly snowdrifts and subfreezing temperatures, opting instead to embrace the weather on skis or snowshoes.

Coastal New England towns often have a certain aesthetic appeal that has long charmed history lovers and travelers alike. While Portland certainly shines in that capacity, it also has the well-established amenities and infrastructure necessary for any truly livable city. Charm and efficiency, all in one.