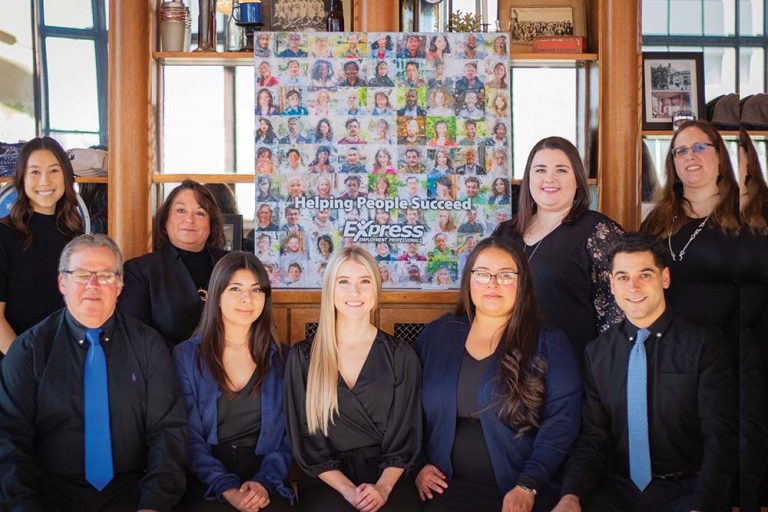 Like many families, the Jacobs family wasn’t immune to the economic toll of the 2008 financial crisis.

That financial uncertainty prompted Peggy Jacobs to diversify her family’s income and become a franchise owner of Express Employment Professionals.

Jacobs grew up and graduated from high school in Whitehall, a small town in northern Muskegon County, Michigan, as did her three children.

After she met her husband, Jon Jacobs, who currently manages their Specialized Recruiting Group (SRG), the couple settled in Chicago, where they both worked.

“Because Chicago is close to Muskegon, we would spend our summer weekends here,” Jacobs says. “After our fantastic weekends enjoying the beaches and the sunsets, we would sit in traffic for hours dreaming about a simpler life in Whitehall.”

Exciting Ways to Get Outside and Enjoy the Muskegon Lakeshore

Every season offers a good reason to venture outdoors

“Moving back to Muskegon County was one of our best decisions, along with buying an Express Employment Professionals franchise,” Jacobs adds. “Express has allowed me to follow my passion to help others, connect with the community I grew up in and make a living for my family and my employees. After 10 years with Express, I’m still excited about the work we do and the lives we continue to touch.”

Jacobs’ son, Rob, joined the company after college and has helped with the expansion of Express, adding offices in Holland and Muskegon.

“I watched my mom serve people from her heart and help people find a career path that changed their lives,” Rob says. “I wanted that kind of purpose, and I wanted to move back to Muskegon for the lifestyle!”

Express Employment Professionals is an international franchise with 25 offices in Michigan. It has four divisions: skilled trades, light industrial, office services and an SRG. The company is the largest industrial staffing provider in Michigan, and has received multiple industry awards including ClearlyRated’s Best of Staffing Client award and Talent Satisfaction award for the past five years.

Additionally, the SRG has been ranked among Forbes’ best American staffing firms.