Skip to content
Home > MN > Owatonna > Love Where You Live > Why Owatonna, MN, Is a Mecca for Music Lovers

Why Owatonna, MN, Is a Mecca for Music Lovers 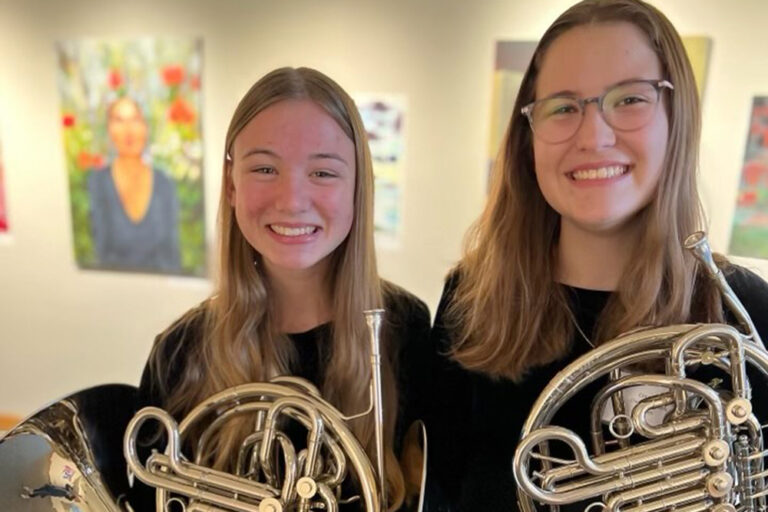 It may be surprising to some, but Owatonna, Minnesota, is a veritable mecca for the musically inclined and a major destination on the map for lovers of marching bands.

Owatonna’s musical connections run deep. It’s the home of Wenger, a producer of iconic music education equipment; it has an award-winning junior high school orchestra; it hosts a nationally renowned marching band festival; and is the hometown of Adam Young, who produced his acclaimed “Owl City” project in his parents’ basement.

“Wenger was founded in 1946 by Harry Wenger, a band teacher at Owatonna High School, and his wife, a band and music teacher in surrounding communities. They started by making conductors’ batons by hand from their home,” says Chris Simpson, Wenger Corporation President and CEO. “Their passion was music education. Harry was known as the ‘Music Man,’ and he turned local music programs into national award winners. We continue that tradition by sponsoring events like the Harry Wenger Marching Band Festival and the free summer concert series that promote local, regional and national bands.”

What started as a home business 75 years ago has grown into a company that manufactures more than 600 products ranging from music stands (including the classic black ones used everywhere) to risers and everything in between. They’ve even expanded into athletic programs and performing arts venues, creating custom locker room and theater solutions. Wenger continues to collaborate with local schools to develop innovative solutions and products.

Naturally, Owatonna’s local schools are the starting point for the musical connections that span the region, beginning with its award-winning junior high orchestra and high school marching band programs. The city is home to one of the country’s most celebrated and well-attended events in the marching band community — the Harry Wenger Marching Band Festival. The festival is the brainchild of Kim Cosens, a retired band teacher who moved to Owatonna in 2003.

“I enjoyed a strong reputation in the upper Midwest for my marching band programs and did very well in competitions and contests in marching band. I wanted to make sure I stayed involved with music education,” says Cosens. “I volunteered my services to the high school marching band program, working with the street band marching program to improve it. The kids really enjoyed it and I got the idea to do a marching band festival.”

Why Owatonna, Minnesota, Is a Great Place To Raise a Family

Cosens noted that the structure of typical parades was problematic for the size and structure of most marching bands. He decided to turn the tables, creating a plan for a marching band festival that gave the groups what they needed to best showcase their talents. Cosens approached local businesses for support, eventually approaching Wenger as a corporate sponsor, and launched the festival in 2010.

“I was able to gather several interested businesspeople and band parents, who did a lot of planning and work,” says Cosens. “Wenger wholeheartedly agreed to support the festival and thought it was a wonderful idea, and we were able become one of the premier marching band festivals in the state.”

Today, the parade caters exclusively to marching bands displaying their pageantry, regimentation, musical skills and choreography. Simpson believes that the Wengers were a cornerstone of the music and arts community in Owatonna, and that their legacy lives on with its continued local involvement, support and keeping their business local.

“There are numerous projects in the area we’ve had the opportunity to help create over the years,” says Simpson. “That includes having our equipment in classrooms and school auditoriums and other venues across the region. We’re delighted about the new high school and the musical opportunities it will provide for students in our community — Wenger is dedicated to sustaining music and performance in Owatonna.”

Cosens agrees that it’s not only support from Wenger and other local businesses that make Owatonna such a special breeding ground for musical talent, but the outstanding support of the community in general.

“From the time I moved here, it’s been a very supportive fine arts community, which is unusual to find that in a town this size, usually, they tend to not have as much focus or respect of the fine arts as Owatonna does,” says Cosens. “But I think it really goes back to the quality of the education that’s been delivered here all the way back to when Harry Wenger was the band teacher. Those programs have had strong directors follow in their footsteps and those programs continue to thrive.”